Watch Arsenal vs Leeds United in the FA Cup 3rd round 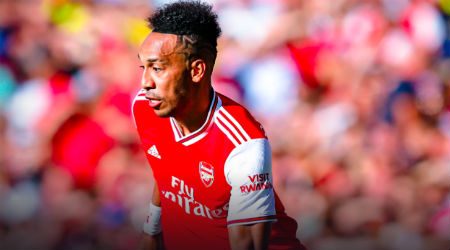 Arsenal have a rich history in the FA Cup, boasting a record 13 victories overall. They won it 3 times between 2014 and 2017 and would love to get their hands on the trophy once more.

The Gunners are languishing in the unfamiliar position of 12th in the Premier League, but are showing signs of life under new manager Mikel Arteta.

They take on another fallen giant in Leeds United. Once a regular top-four contender in the EPL, they have spent years trying to get back into the top tier of English football. Currently vying with West Brom for automatic promotion, the signs are promising. But they have a date with Arsenal first.

When is the FA Cup 3rd round match between Arsenal and Leeds United?

This match will kick off at 6:56am AEDT on Tuesday 7 January at Emirates Stadium in London.

How to watch Arsenal vs Leeds United live in Australia

ESPN holds the rights for FA Cup matches in Australia and is showing seven matches in the third round, including Arsenal vs Leeds United. So there are a number of ways for you to tune in. Foxtel iQ, Foxtel Now, Kayo Sports and Fetch TV are all showing this game.

How to watch Arsenal vs Leeds United on Kayo Sports

Kayo Sports is changing the way Australians can watch sport, boasting more than 50 sports in its library, including plenty of football. If you don't yet know what Kayo has to offer, we have put together a full review of the service for you.

A Basic subscription with Kayo costs $25/month and you can watch games on 2 screens or devices. The Premium option is $10 more and gives you 3 screens. It currently has a 14-day free trial so you can check it out before signing up.

There are also no contracts so you can cancel at any time. The platform is compatible with Android, iOS, Apple TV, Telstra TV, Android TV and Samsung TV (2018 or later), Sony Bravia TVs, Mac and PC as well as Chromecast or AirPlay.

Kayo has a number of special features, such as Kayo Minis, which are available shortly after matches have finished. Interactive Stats and a Key Moments Timeline are other options, along with SplitView, where you can watch four events at once.

How to watch Arsenal vs Leeds United on Foxtel iQ

If you have a Foxtel iQ subscription including the Sports HD pack, you have access to this match. You can stream it to your mobile phone or laptop via Foxtel GO or the ESPN app.

The Sports HD pack is $25/month through Foxtel. You must also sign up for the Foxtel Plus package at $49/month, making the total $74 per month. A plus is that Foxtel is the only broadcaster in Australia that currently offers access to 4K sports content.

There can also be installation costs if you are a new subscriber, though Foxtel iQ deals are regularly available.

How to watch Arsenal vs Leeds United on Foxtel Now

Foxtel Now is another option for this match. With Foxtel's digital streaming service, you have to subscribe to the Essentials pack in addition to the Sport pack which costs $54/month. While it's cheaper than Foxtel iQ, it's more than double the price of Kayo Sports.

If you haven't tried it previously, Foxtel Now offers a 10-day free trial. We have also put together a full guide of compatible devices.

How to watch the FA Cup on Fetch TV

Streaming service Fetch TV has access to ESPN and is showing six games in the FA Cup third round, including the clash at Emirates Stadium. You need the Vibe channel pack for $6/month. The total cost of your subscription depends on whether you bought your Fetch box outright or through a broadband provider.

Who will win the FA Cup 3rd round match between Arsenal and Leeds United?

After years of trying, Leeds United look like they are finally ready to return to the biggest stage in English football, the Premier League. They sit alongside West Brom at the top of the Championship table with a nine-point lead over Brentford in third place.

Once accustomed to regular showdowns with the Gunners, they will relish this potential early preview of what life back in the top flight will be like.

Arsenal have had a dreadful start to the 2019-20 season by their standards. Much closer to the relegation zone than the EPL summit, they know they need to turn things around swiftly. Playing at home and boasting such impressive FA Cup history, we can see them squeezing past Leeds and marching on in this one.