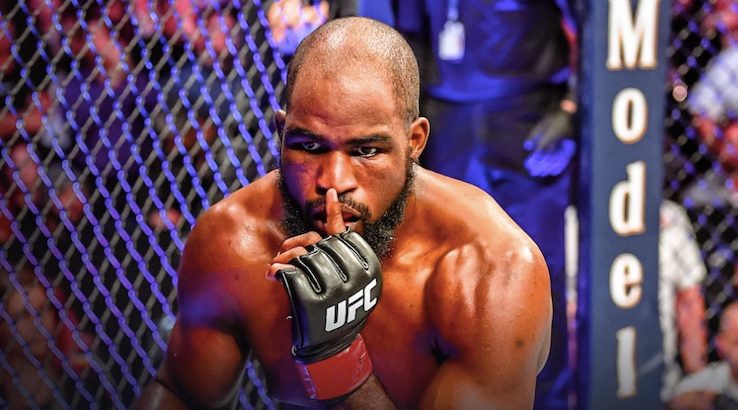 Corey Anderson is favoured by most to prevail in his light heavyweight clash with veteran Jan Blachowicz. Do you agree?

SUMMARY: The best-value-for-money option when watching the UFC Fight Night 167 live is through Kayo Sports. You can watch the entire event for free using this 14-day trial. This gets you access to all its unique features and 50 additional live sports.

Highly-rated light heavyweights Corey Anderson and Jan Blachowicz are preparing to face off in the Octagon for the second time. They previously met at UFC 191 back in September 2015 in a bout Anderson claimed by unanimous decision.

It's widely acknowledged that veteran Blachowicz is nearing the end of his career. The 36-year-old has a record of 25-8 and has won his past 2 fights. Anderson's record is 13-4 and he is riding a 4-fight winning streak of his own. Something has to give at UFC Fight Night 167.

When does UFC Fight Night 167 Anderson vs Blachowicz start?

The preliminary bouts get underway at 9am AEDT with a seven-fight card. The main card starts at midday AEDT with a further six fights scheduled including the main and co-main events. UFC Fight Night 167 is being staged at the 7,000-seat Santa Ana Star Center in Rio Rancho, New Mexico.

How to watch UFC Fight Night 167 Anderson vs Blachowicz

Once again, ESPN is the host broadcaster for UFC Fight Night 167. Therefore Kayo Sports, Foxtel iQ, Foxtel Now and UFC Fight Pass are all viewing options. If you don't have a Foxtel subscription, Kayo is the place to be. We have previously compiled a complete viewing guide for the UFC for you to check out.

Starting from just $25/month for the Basic subscription, which gives you access to 2 screens or devices, Kayo Sports has coverage of over 50 sports. It also has a Premium subscription that gives you another device for an extra $10/month.

If you want to give it all a test run, there's a 14-day free trial. It also has a range of special features. SplitView allows you to watch four events on the same screen. Interactive Stats, No Spoilers, Key Moments and Kayo Minis are other options.

You can download the Kayo Sports app to your iOS or Android device or access it via the web. Kayo is compatible with PC, Mac, Apple TV, Telstra TV, Android TV, Chromecast and Samsung TV (2017 models or later). For more information check our detailed Kayo Sports review.

UFC Fight Pass is the fight giant's own streaming service. It will set you back $10.99/month or $104.99 for a yearly pass. You get access to every UFC event, including pay-per-view. It's compatible with smartphones and laptops, Xbox One and Xbox 360, Apple TV, Chromecast, Roku, Samsung and LG Smart TVs.

Who will win Anderson vs Blachowicz?

There is potentially a huge prize awaiting the winner of this bout with speculation they will be the next opponent for light heavyweight title-holder Jon Jones.

While age is clearly in Anderson's favour, these two orthodox fighters are otherwise very evenly matched. But with Anderson's all-round ability and the confidence garnered from his undefeated run of more than two years, we're tipping him to win the rematch.'