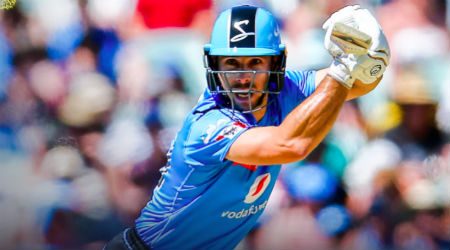 The Adelaide Strikers have finished a clear third on the ladder, giving us the Strikers vs Sydney Thunder in "The Knockout". Win this, and Adelaide are one more victory from the decider.

The finals match is approaching, and standing in Adelaide's way is a Thunder outfit that must be full of confidence after taking down the higher-ranked Hurricanes on their home pitch. Here's how you can watch Strikers vs Thunder in what's shaping up to be a thrilling showdown in South Australia.

When is the Adelaide Strikers vs Sydney Thunder finals match?

This match, like all finals in BBL|09, is being broadcast live on both Channel 7 and Fox Cricket. This means you can watch it on free-to-air television, Foxtel iQ, Foxtel Now or Kayo Sports. We've put together a full guide on where you can watch all the matches in the BBL|09 season, which you can check out right here.

While Channel 7 opted not to show all the matches of BBL|09, it is showing the finals. ''The Knockout" broadcast commences at 7pm AEDT on both Channel 7's main and HD channels. They are unable to show the match on 7Plus.

Kayo Sports is just about Mecca if you're a cricket fan. It has every match of this season's BBL, every Australian Test and WBBL game, every Australian ODI and T20I plus a host of international series. It's all live and all in HD.

In total, Kayo offers more than 50 sports plus a range of special features, including SplitView, which allows you to watch four sports at the same time.

There are also Alternate Camera Angles, including the Flying Fox camera used in the Australia vs New Zealand Test series over summer, which gives you a unique perspective on the action. Interactive Stats and the Key Moments Timeline are also great additional features.

A Basic subscription with Kayo Sports costs $25/month and allows you to watch on two screens or devices at once. For $35/month, you can get a third screen. There are no contracts and you can cancel your subscription at any time.

Kayo currently also has a 14-day free trial so you can check out everything on offer for free. The service is compatible with iOS and Android devices, PCs, Macs, Android TVs, Samsung TVs (2018 model or later), Telstra TV, Apple TV, Chromecast and AirPlay. You can find our full Kayo Sports review right here.

Borrowing slightly from the finals format used in AFL and rugby league in Australia, the BBL playoff system was tweaked for its ninth season.

Five teams make the finals instead of four and there is greater reward for the teams that finish in the top two. This season, that was the Melbourne Stars and the Sydney Sixers. They met in "The Qualifier", with the Sixers dominating to earn a break and host the final at the SCG.

After the Thunder beat the Hurricanes in "The Eliminator", the Sydney side progressed to this single-game elimination with the Adelaide Strikers.

The winner of "The Knockout" will then take on the loser of "The Qualifier" for the second spot in the final. This match is called "The Challenger".

The Strikers and the Thunder have faced off 11 times in Big Bash history. Adelaide holds a slender 6-5 edge, although Sydney have won the last two games against the Strikers.

Who will win Adelaide Strikers vs Sydney Thunder?

Probably at our peril, we feel the need to write off Sydney Thunder again, just as we did in our preview of their clash with the Hurricanes. Alex Hales, Usman Khawaja and player of the match Jono Cook were the architects of that impressive win.

These teams are evenly matched on paper and both possess plenty of firepower, but we'll opt for an Adelaide win on their home turf.