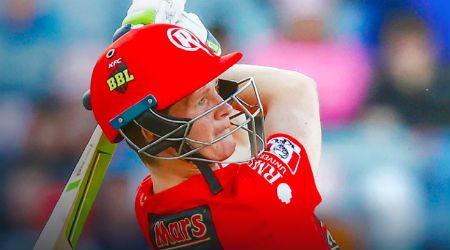 The Adelaide Strikers need a win to restart their season and a home clash with the winless Melbourne Renegades might be just what they need.

After their first match of BBL|09 was abandoned due to smoke in Canberra, the Adelaide Strikers reeled off 3 straight wins to signal their intent. But they couldn't capitalise on that superb start, following it up with 3 consecutive defeats to sit in 4th place at the time of writing.

Next up they take on a Renegades outfit that must be wondering what on earth is going on. Champions a year ago, they are still chasing their first win through eight matches in an extraordinary fall from grace.

This is another match Channel 7 has chosen not to broadcast. Kayo Sports and Foxtel are showing all 56 games of the BBL season (we detail the differences below), while Channel 7 is showing 40 matches. It's worth noting Channel 7 also can't stream games on 7Plus.

When is the Adelaide Strikers vs Melbourne Renegades match?

How to watch Adelaide Strikers vs Melbourne Renegades live

This match is exclusive to Fox Cricket, so your viewing options are Foxtel, Foxtel Now or Kayo Sports. On Foxtel it is on Fox Cricket Channel 255, Channel 501 and Ultra HD on 508.

We've put together a guide on how to watch every game of the BBL season live.

Cricket is just one of more than 50 sports available on Kayo Sports. The streaming platform is available from $25 a month for a Basic Subscription, which allows you to watch on 2 screens or devices. For $35 a month you can get the Premium Subscription and 3 screens.

Kayo also has a range of special features to enhance your viewing experience. Alternate Camera Angles, including the Flying Fox camera used in the recent Australia vs New Zealand Test series, SplitView, Interactive Stats and a Key Moments Timeline are just a few of the amazing features.

Kayo also offers a 14-day free trial so you can test it all out before deciding to go ahead with a subscription. There are also no lock-in contracts so you can cancel at any time.

For cricket lovers, Kayo is the place to be as it also broadcasts every Australian Test match and WBBL game, all of Australia's ODIs and T20Is plus international series like India's upcoming matches.

It is compatible on Android and iOS, PCs, Mac, Android TV, Telstra TV, Apple TV, Samsung TV (2018 model or later), Chromecast and AirPlay. You can also check out our full Kayo review for more information.

These 2 teams have met 11 times, with the South Australian outfit holding a strong 7-4 advantage to date. The Strikers have won 4 of the last 5 meetings between them and the last 2 in a row. None of this adds up to a lot of hope for the bottom-placed Renegades.

Who will win Adelaide Strikers vs Melbourne Renegades?

The Renegades have to win a game eventually… don't they? Their wretched, scarcely believable season includes an 18-run loss to the Strikers in Melbourne on 29 December.

Led by Shaun Marsh, Aaron Finch and Kane Richardson, the Melbourne side has more than enough talent to win games in the Big Bash. But momentum is such a critical factor in professional sport and they clearly have zero of that.

Alex Carey is having a great season for Adelaide and Rashid Khan has 12 wickets to his name, including a hat trick in a losing cause against the Sydney Sixers on 8 January.

We don't believe the Renegades will go through the whole season without a win, but we also don't think that first breakthrough will occur in Adelaide on Sunday.