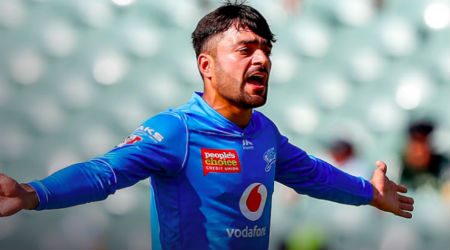 The Heat were far too strong for the Strikers earlier this week at the Gabba. Can the South Australians hit back at home?

Adelaide Strikers vs Brisbane Heat is a chance for the home side to bounce back hard at Adelaide Oval. They will be familiar with each other as they just met on 14 January. That day, the Heat rolled Adelaide for just 110 all out and barely raised a sweat chasing that total down with 7 wickets in hand.

The Strikers at least didn't have to wait long for a shot at redemption. This match is exclusive to Fox Cricket, as it is among the 16 games Channel 7 opted not to show on free-to-air television. You also can't stream the game on 7Plus. Here are the ways you can tune in.

When is the Adelaide Strikers vs Brisbane Heat match?

The Strikers host Brisbane at 3:10pm local time (3:40pm AEDT) at Adelaide Oval on Friday 17 January. The game also coincides with the 2nd ODI between India and Australia.

How to watch Adelaide Strikers vs Brisbane Heat live

Cricket fans will need to have a subscription service for this match. Kayo Sports and Foxtel are the only broadcasters to show every single match of the current BBL season live.

Unless you are already a Foxtel iQ or Foxtel Now customer, Kayo Sports is the best way to go. Read on to find out the only ways to watch every game of the BBL season live, including this clash at Adelaide Oval.

With more than 50 sports at its disposal, Kayo can also boast significantly more features than Foxtel and is more affordable.

The features include SplitView, which allows you to watch four sports at the same time. It has Alternate Camera Angles, including the Flying Fox camera used in the recent Australia vs New Zealand Test series. A Key Moments Timeline and Interactive Stats are also great additions.

Kayo Sports will cost you $25/month for a Basic subscription that lets you watch on 2 screens or devices at once. For $35/month, you can get a third screen with a Premium subscription.

Kayo Sports also offers a 14-day free trial and you can cancel at any time.

On top of the BBL, Kayo has every Australian Test and WBBL game. Plus, unlike Channel 7, Kayo has all of Australia's ODIs and T20Is, including the current one-day series between the Aussies and India.

It is compatible on iOS and Android devices, PCs, Mac, Android TV, Telstra TV, Apple TV, Samsung TV (2018 model or later), Chromecast and AirPlay. You can check out our full Kayo review for more information.

These teams have met a relatively slim nine times to date. Brisbane's victory earlier this week gave them a slight edge, 5-4 overall. No team has won more than two games in a row, in a tight clash between the two sides historically.

Who will win Adelaide Strikers vs Brisbane Heat?

Jake Weatherald and Jonathan Wells have been among the most prolific run scorers so far in BBL|09. But neither of them or Travis Head had an impact earlier this week at the Gabba. Test quick James Pattinson proved the chief destroyer, taking an impressive 5-33 from his 4 overs.

In reply to Adelaide's 110, Brisbane could even handle a first-ball duck to opener Chris Lynn as Matthew Renshaw and South African superstar AB de Villiers on debut did most of the damage in a cruisy run chase.

Adelaide will be stinging from the nature of that defeat. Considering they sit just one point behind Brisbane in the battle for fourth place, we expect the Strikers to hit back hard at home.