How to watch the 2019 AFL Draft live and free 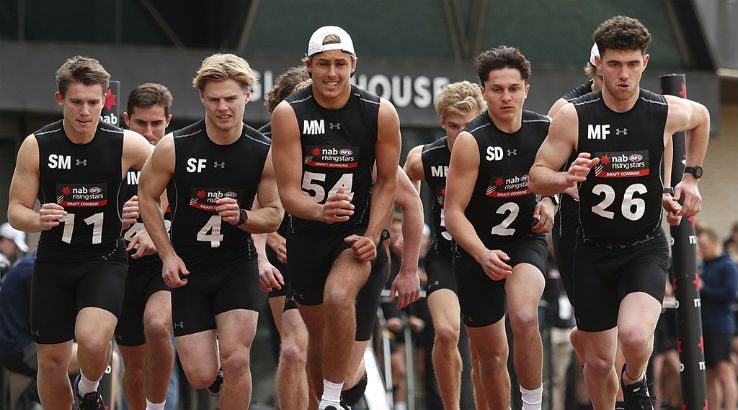 Who's set to go first in the 2019 AFL Draft? Where is your team selecting? How can I watch? Find out all of the details here.

Season 2019 of the AFL has been and gone. Richmond came away with the flag after dominating GWS in the Grand Final, but that was almost two months ago. Now it's time for the 2019 AFL Draft.

The AFL Draft gives fans a glimmer of hope to what will be a brighter future for their club. It's for the members and fans of clubs who had nothing to cheer about this season but believe 2020 will be different.

Such is the difficulty of the draft some will fare better than others. Some clubs are sure to make a mess of it and be back in the same position this time next year. Long-suffering supporters of clubs like the Melbourne Demons will be praying they finally add some talent.

Gold Coast Suns followers, if they even exist, won't be holding their breath that they can add some real talent to their playing list. Even with the first 2 draft picks and number 15 the future of the Suns couldn't be further from bright.

Plenty of picks were traded during the 2019 AFL trade period. You can revisit every deal made from the trade period to see which draft picks changed hands in our article here.

The AFL Draft is held over two nights at Marvel Stadium. It begins on 27 November at 6:30pm AEDT with the first round. The second night is on the 28 November at 7pm AEDT, where it resumes with the second round.

The 2019 AFL Draft is live and exclusive to the FOX FOOTY channel. So your two ways of tuning in are through either Kayo Sports or Foxtel.

Kayo Sports has over 50 sports and every single game of the 2020 AFL season live. Kayo also recently won an international award for its innovative user experience.

If you're missing your AFL over the summer Kayo has the every cricket and A-League match plus select NBA, NBL and NFL games.

The streaming platform is built on a range of special viewing features. While they won't apply as much to the AFL Draft, they'll be handy for you to play around with during your 14-day free trial period.

SplitView allows users to watch up to four sports or shows at once. Then there's Interactive Stats designed to give you a better insight into the game.

Kayo Minis are great for when you miss out on an event. They condense matches to around 15–20 minutes while keeping in all the highlights. The Key Moments timeline is useful by letting you skip ahead to the best bits such as goals or big tackles.

Once you've had your free trial you can continue on at $25/month to watch on two streams at once or for viewing on three simultaneous devices it's $35 monthly. If you decide the service isn't for you, then simply cancel before the trial expires.

Foxtel iQ also has coverage of the 2019 AFL Draft but is probably the least suitable if this is a one-off event for you. There's no free trial and typically there are installation costs. If you're not an existing customer you'll have to hope to find a Foxtel iQ deal, otherwise the price is steep.

To watch sports content it's mandatory to have the new base Foxtel Plus pack for $49/month, which skyrockets your bill to $74 monthly. New customers only have to add on the Sports HD channels for $25/month.

All customers get access to watch live TV with Foxtel GO and opt in to the Foxtel First loyalty program.

The same restrictions that apply to Foxtel iQ also apply to streaming service Foxtel Now. So to cut to the chase you'll have to combine the base Essentials pack at $25/month with the Sport pack at $29/month, meaning you're paying $54 monthly.

Here's the full order of the 2019 AFL Draft by round. We've gone ahead and included the pick type in case you're wondering how the Gold Coast Suns have two first round picks. Or why Carlton and North Melbourne aren't selecting from their original draft slot.

If you haven't yet heard, there's very strong mail the Gold Coast Suns are locked on Oakleigh Chargers prospects Matt Rowell and Noah Anderson. Gold Coast will be praying they can emulate Carlton's success in 2018 when they took Sam Walsh first overall who went on to win the rookie player of the year.

Once we get to pick number three is where the fun begins. Melbourne may buck the trend and opt to take a ruckman in West Australian Luke Jackson. If it's not him that they select things get fun as teams have to adapt to the chaos of draft night.

You don't have to be the top pick to be successful. Just last year the likes of Connor Rozee and Bailey Smith had successful rookie campaigns after going 5th and 7th respectively.

If you're sitting on the couch watching the draft and think "ehh I could make it in the AFL", well head over to the Aussie Rules website and see if you're eligible. Seriously you can nominate yourself from home.

Unbeaten lightweight Khabib Nurmagomedov returns to defend his title against Justin Gaethje in a sensational card for UFC 254.

How to watch The Undoing online in Australia

Based on the 2014 novel You Should Have…

How to stream Sheffield Shield cricket live in Australia

Cricket fans can celebrate the return of…