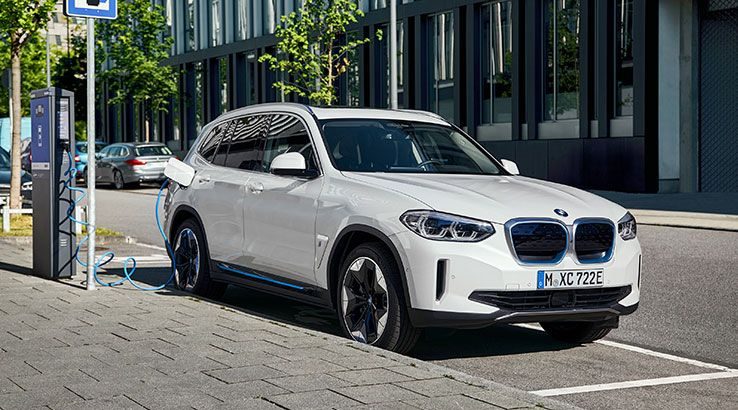 BMW lifts the wraps off the iX3, its first fully electric SUV

BMW has launched its first-ever fully electric SUV, known as the iX3. This is the brand's second electric production vehicle and it looks set to rival EVs like Tesla's Model X, Jaguar's i-Pace and the Audi e-tron.

BMW's CEO, Oliver Zipse, officially presented the model to the world over a digital-streaming event. Zipse said the aim was to combine emission-free driving with the traditional hallmarks buyers expect from a BMW, namely "sporting ability" but also the practicality and usability of a Sports Activity Vehicle (SAV – a new term BMW is coining). 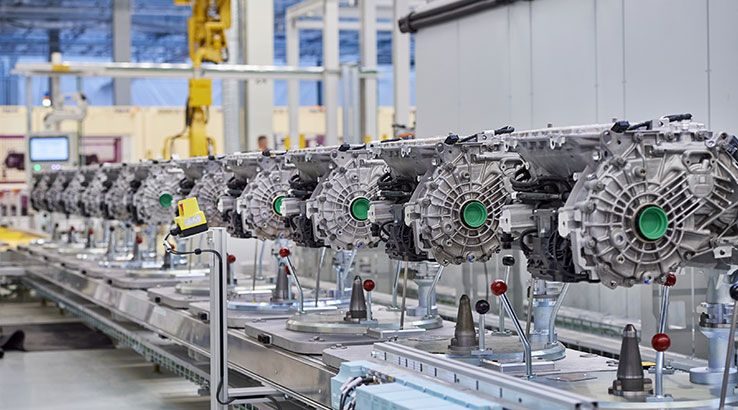 Under the bodywork, the iX3 uses BMW's fifth revision of the eDrive system. Taking everything they've learned up to press, the company has made many improvements, furthering performance and efficiency. The single electric motor lives in a housing together with the transmission and necessary electronic components.

Unconventionally, the motor doesn't use rare-earth magnets. Instead, it produces electromagnetic fields through the use of battery power and coils of wire. That should address one of the often-cited criticisms of electric cars – that they rely too heavily on finite resources that are at a premium.

BMW's fifth-gen motor is 30% more power rich than comparable EVs and achieves an efficiency of up to 93%. For reference, a traditional engine manages only 40% efficiency. Like any good BMW, the iX3 is rear-wheel drive.

The iX3 is capable of over-the-air software updates, like Tesla models. 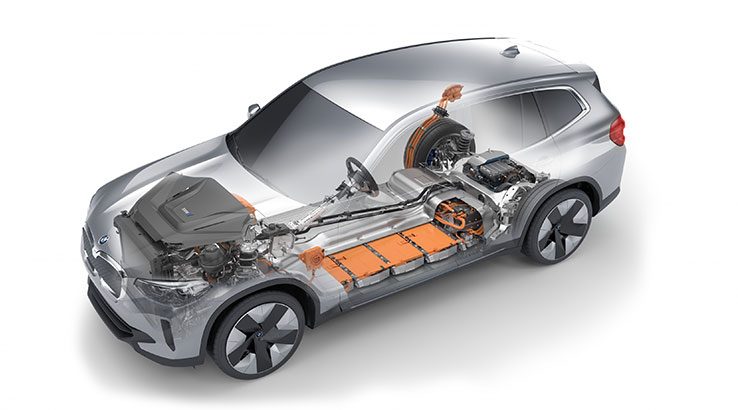 Power for the set-up measures 210kW, with a maximum torque rating of 400Nm. The iX3 should feel pretty perky as it'll zap from 0-100km/h in only 6.8 seconds. That figure means it'll tie with the ordinary X3 xDrive30i, though the electric model is restricted to a maximum of 180km/h.

BMW is employing what it calls "cutting-edge battery cell" tech to make batteries that have higher capacity and smaller dimensions. There are 188 prismatic cells in the iX3, boasting around 80kWh capacity (you can use 74kWh of those) and 20% higher energy density values than current-generation BMW batteries. Voltage for the system sits at 400V! 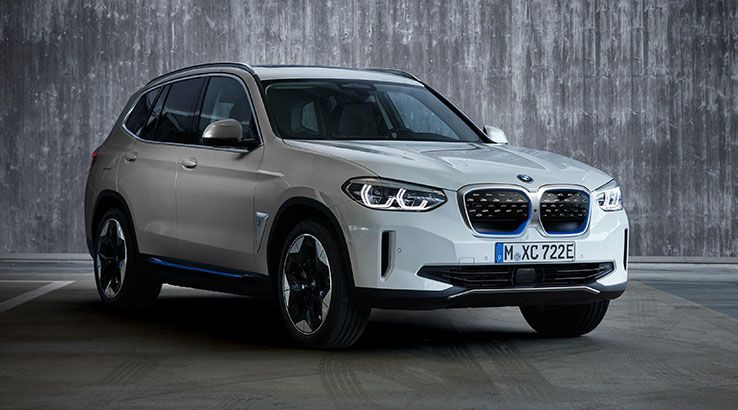 Consequently, BMW claims the iX3 is capable of a 460km range when tested using the WLTP range regs or 500km when complying with the NEDC alternative.

BMW aerodynamicists achieved a super-slippery drag coefficient (Cd) of just 0.29 and created specially-lightened wheels that help smoothen out airflow and add up to 10kms of range.

The iX3 also intelligently uses energy reclaiming tech to stretch out the bits in between charging. One way it does this is by Brake Energy Regeneration (BER). BER monitors the navigation system and driver assistance sensors to auto-activate energy recuperation, like when you're decelerating for a junction. As with most electric vehicles, you can manually set the aggressiveness of the system. There's also a coasting function on highways, activated by lifting your right foot off the go pedal.

To help you get to where you need to be, with as few stops as possible, BMW has a cloud-based sat-nav system that will offer up suggestions for where to charge up during the journey. You're also able to view charging station ability and the type of plug used as well as areas of interest to visit in the surrounding locale.

It is possible to use both single and three-phase AC charging on the iX3, up to 11kW of power. Using a DC fast-charger, the battery will accept up to 150kW input.

Translating that into the real-world means charging times of 34 minutes to 80% capacity are possible. BMW states you can restore 100kms of range in a mere 10 minutes while plugged in.

BMW appears to have worked hard to not compromise on its core tenets, like the engaging handling enjoyed by driving purists. In orders to achieve this, engineers played with the battery's positioning to actually drop the centre of gravity by 7.5 centimetres when compared to a petrol or diesel X3. BMW says the effect is noticeable.

Other things of note include the electronic adaptive dampers that will optimise the vehicle's dynamics and help the car adjust to different conditions. There's also ARB (wheel slip regulation), which helps summon up grip even in slippery surfaces. 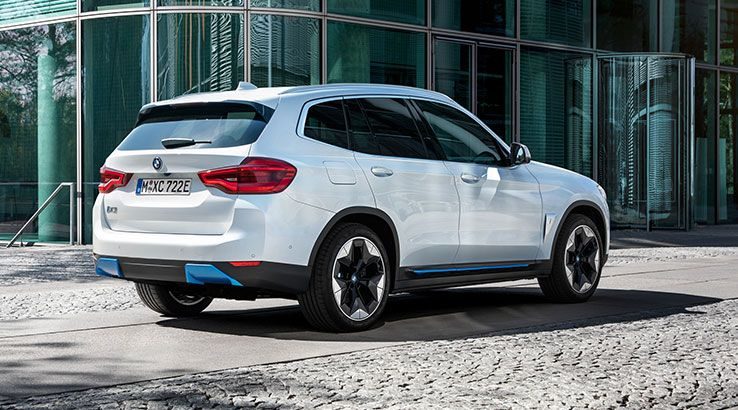 As you'd expect in an SUV (or SAV as BMW is now calling it), there are loads of space and practicality on offer. The boot measures 510 litres with the back seats in place or 1,560 with them flopped down.

BMW expects the electrified iX3 to land here by the middle of 2021. Prices and specs will be confirmed nearer to the launch date.

10:00: Oliver Zipse walks out onto stage to kick off the event. Zipse says BMW is striving to be at the front of sustainability, with 130,000 sales of the i3 giving evidence of this.

10:03: Zipse also mentions the electric Mini, while promising future models like the i4.

10:04: The BMW chief is laying out the brand's holistic approach to sustainability, including "strengthening" their leadership in sustainable production, creating a CO2-neutral supply chain and further reducing emissions beyond targets set by the European Union.

10:06: As additional proof of the car maker's efforts, last year, Zipse states that emissions fell by 25%.

10:10: We're seeing the iX3 unwrapped for the first time. It looks great! Zipse explains BMW's goal was to style it like any other traditional BMW.

10:14: Zipse announces many more electric BMW models for the future!