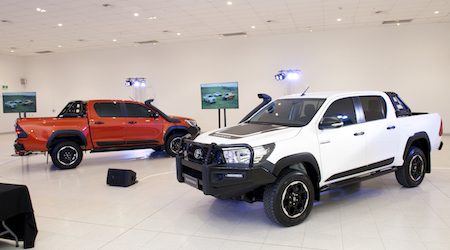 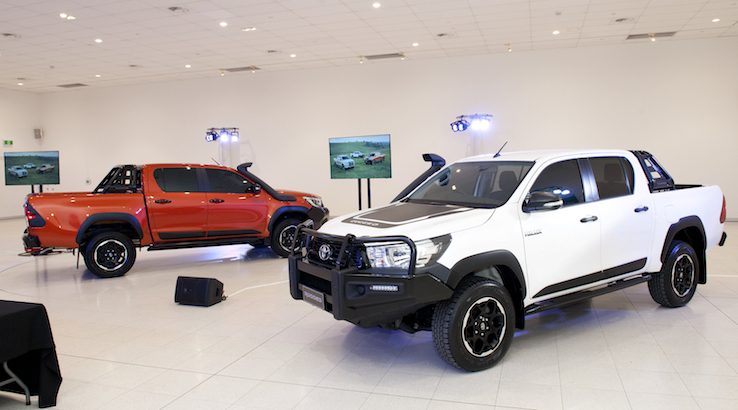 From traditional clay modelling to 3D printing and virtual reality, the creative centre of Toyota Australia has it all.

Hidden inside an inconspicuous building in Port Melbourne, Toyota Australia’s Product Planning and Development Division is a secret and secure hub of insights, ideas and new designs. It’s rarely open to the public, let alone media, but we were lucky enough to be invited to tour the facility in the lead-up to the launch of three new HiLux models.

While it’s easy to take cars in a showroom at face value, the honeycomb of rooms in this building shows how much time and effort goes into each model before we ever put pedal to the metal.

“We’re recognised for our expertise in vehicle evaluation, especially for Toyota’s off-road vehicles,” he said.

Our product development capabilities have global reach and this is a lasting legacy of our proud, 54-year history of local manufacturing.”

While Toyota Australia’s vehicles are now built in Thailand, this facility shows that there is still a healthy amount of product design and development happening locally.

“We have over 150 people in the Product Planning and Development Division and this has increased by over 50% in the last three years,” Ferguson said, noting the broad range of disciplines housed in the building. This includes styling and design, product planning, accessory development, the regulations group and connected vehicle services. 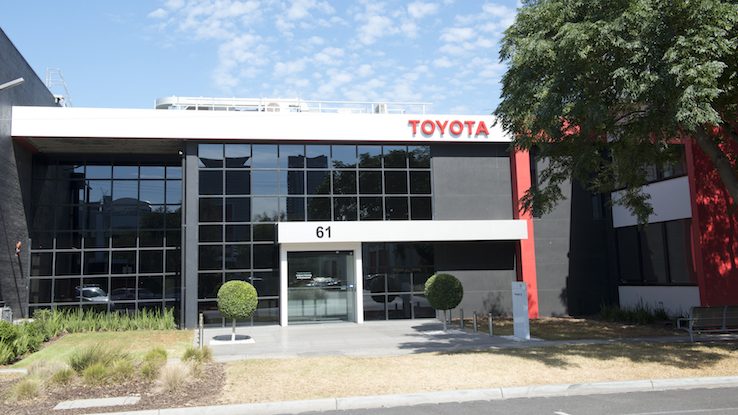 The facility also combines both traditional and new technologies in the development of designs and prototypes. This includes facilities that can be used to create both scaled and life-sized clay models, 3D printers (which seem to be used for a lot of the smaller features and accessories), as well as an impressive array of digital design elements.

This includes an “electronic visualisation studio” that features a 6-metre screen where people can review full-size designs using computer-aided design (CAD) models that are impressive in their realism.

Toyota Australia design manager, Peter Elliott, said the features of the facility meant they had "all the bases covered".

"Essentially, from a creative design perspective, we can do the initial thumb-nail sketches that's kind of the very beginning of the automotive design process, to the more juicy renderings to final production-style renderings that really help you understand and then communicate to others... where the design's going."

When asked about the combination of technologies used, Ferguson added that the team was always on the lookout for new technology that can help in the design process.

We’ve continually evolved what we’ve used for our designs over the years. You can see now it’s getting to a very mature stage.”

He said this was essential for a global company and particularly the design team based in Australia because both manufacturing and larger engineering centres are elsewhere.

“So we need to be able to transmit data across to other clients and customers on a global scale. By using that technology, they can be sitting and watching what we’re watching at the same time and reviewing it without getting on a plane,” he said. 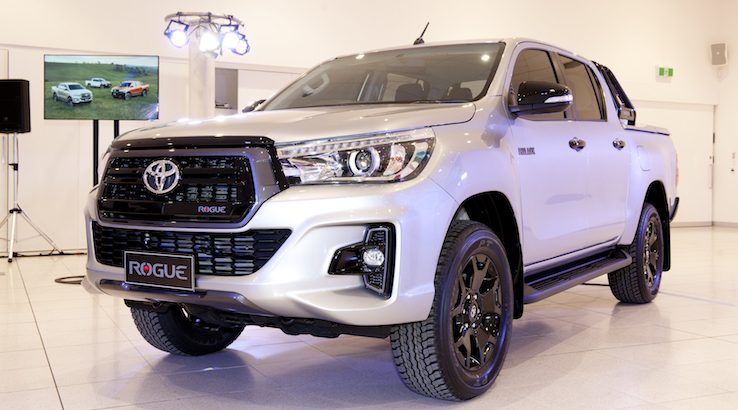 “It’s been a dramatic change for us in terms of being able to visualise what we’re trying to style for our customers or our clients and minimising the amount of [hard] models we have to make. So we still use traditional methods like clay-modelling and hard models but they can be used on a lesser scale.”

As well as CAD models, the design team has also started using virtual reality technology over the past 12-months, which Ferguson said is part of the goal to use new technologies that help the team remain at the cutting edge.

“We have to find ways to be flexible, agile and use technology to the best of our advantage. So we’re always on the lookout for new and different stuff.”

The Toyota Australia Product Planning and Development Division tour was arranged in the lead up to the launch of three new HiLux models.