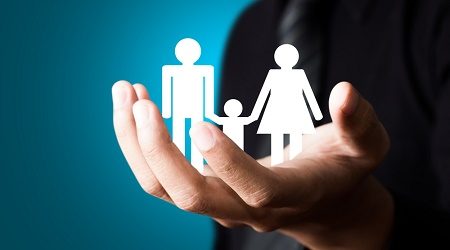 An industry review of life insurance claims has identified significant shortcomings in handling procedures and denial rates for some areas of cover, calling for improved transparency in the form of public reporting on claims outcomes.

The review, conducted by the Australian Securities & Investments Commission (ASIC), scrutinised 15 different Australian insurers and found approximately 90% of claims over the last three years were paid in the first instance, totalling $8.2 billion in net policy payments in 2015/16 alone.

However, despite the substantial number of successful claims, there were considerable variations in declined claims among insurers.

The rates of declined claims were highest for total and permanent disability (TPD) cover and trauma cover. Denial rates averaged 16% for TPD and 14% for trauma cover, although rates were as high as 37% and 25%, respectively, for some insurers.

The review also revealed there were higher claims denial rates on products sold directly to consumers without financial advice, compared to those sold through advisers and group policies.

The most common life insurance disputes concerned the evidence insurers require when assessing claims (including surveillance), and delays in claims handling.

ASIC said it worked closely with the Australian Prudential Regulatory Authority (APRA) during the review process. Coinciding with the release, APRA sent letters to life insurers and superannuation trustees setting out its expectations for improvements to the oversight and handling of insurance claims.

The regulatory body highlighted the need for a stronger focus on delivering insurance benefits, better co-operation and sharing of information between insurers and trustees and a greater understanding of how claims are managed. You can read the full letter on APRA's website.

The code also promises to limit private investigator surveillance capabilities and introduces a 12-month time limit for insurance claims to be paid.

However, the code is not enforceable by ASIC and only applies to FSC members and not industry super funds, which account for 70% of Australian policyholders.

The issue of life insurance remuneration was spotlighted in ASIC's 2014 review of retail life insurance advice, which found more than one third (37%) of advice files sampled failed to deliver appropriate and compliant client advice.

In 2015 the Trowbridge review of life insurance presented a blueprint for industry reform, including recommendations to reduce upfront commissions and ban conflicted payments.

This has culminated with the introduction of the Corporations Amendment (Life Insurance Remuneration Arrangements) Bill, introduced by the government this week. The bill will cap upfront and ongoing commissions at 60% and 20% respectively, with a two-year claw-back provision installed to discourage product churn. These reforms will apply to all advisers and life insurers.

A persistent gap exists between the scope of people's current life insurance policies and the level of coverage that's actually needed. Risk and life insurers attract the lowest satisfaction ratings among all insurance types, while one in five smokers would lie to save money on their life insurance premiums.

Looking for life insurance or income protection? Find suitable cover by comparing a range of brands.