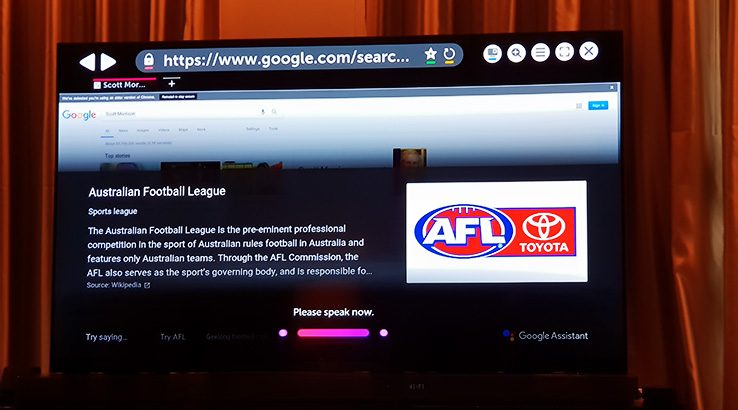 LG's flicked the switch on not one, but two smart digital assistants across its entire 2018 TV range, but one is notably smarter than the other.

Back at CES 2018, LG showed off a range of TVs running Google Assistant and Amazon Alexa for the US market, with the promise that we'd see those features in Australia within 2018.

That day has come, with LG confirming that it has rolled out support for Google Assistant and Amazon Alexa for all of its 2018 LG OLED TV and LED LCD TV range. Where those TVs did support LG's own ThinQ AI platform when they launched here in Australia, adding smart assistants does extend the range of those panels in a modern smart home. However, right now one assistant is notably "smarter" than the other.

LG's Alexa integration extends only to the use of TV-specific functions, such as volume control or input changing, and does not for now support any Alexa-specific skills. As such, it's a handy replacement for the remote control if you happen to lose it, but not a great deal more.

The second generation Amazon Echo features a stronger speaker than its previous iteration while still retaining all the hands-free functionality that made it one of the most popular smart speakers around.

LG's integration of the Google Assistant goes a lot further, although it will depend on whether you're using LG's supplied remote or not. According to LG's Angus Jones, LG has now switched over to using Google's own voice-to-text capabilities rather than LG's own software, although all voice commands are first parsed through an LG server in South Korea before they're sent to Google. That's so they can screen for TV-specific commands, which are controlled by LG's own ThinQ AI platform, as well as access any other Google Assistant-compliant app that you've already enabled. While Google recently added multilingual capabilities to Google Assistant, for now, LG 2018 TVs will only understand Australian English.

Control your home with your voice using the powerful Google Home speaker.

The example I was shown was for the Woolworths App, which involves specifically telling the remote (which acts as the effective microphone) to "Talk to Woolworths" before making selections. Smart home controls, such as lights or sensors can also be controlled, and in theory, just about any Google Assistant feature can run through an LG ThinQ AI compliant TV. The one exception there is the alarm function, although that makes sense for overnight alarms anyway. Would you really want to leave your TV on overnight so that it could wake you up? 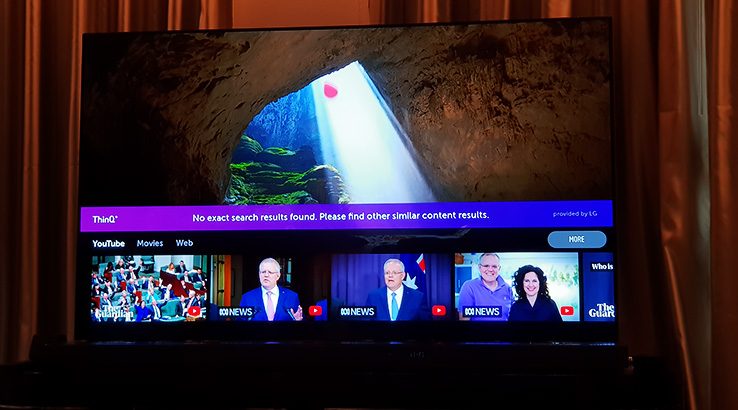 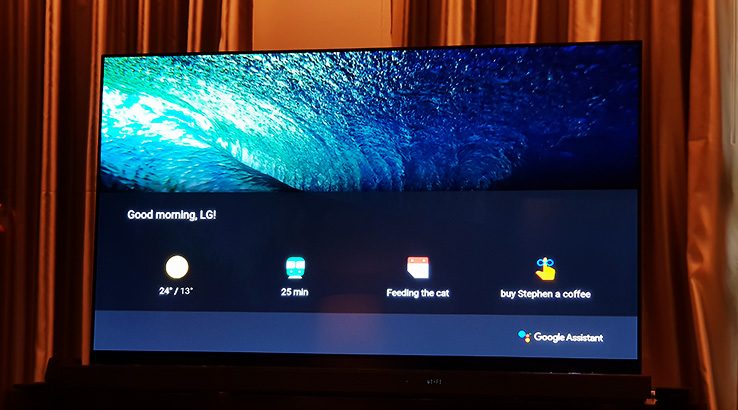 LG advises that the rollout of the upgrade across the 2018 line is now available. If your LG smart TV is enabled for automatic upgrades, it should have handled this for you automatically. If not, you'll have to manually upgrade, which LG advises is "around 850MB" in size.

Control your home with your voice while listening to music at high quality using the powerful Google Home Max.

In either case, you'll have to walk through either the Alexa or Google Assistant set-up apps (or both, if you're very keen), which should appear in the ribbon display once the upgrade is applied.

LG has keen ambitions in the AI space; we recently interviewed LG's Dr Peter Pyungchul Kim about how LG's vision of AI will eventually extend to in-home AI, but that will be decades away.