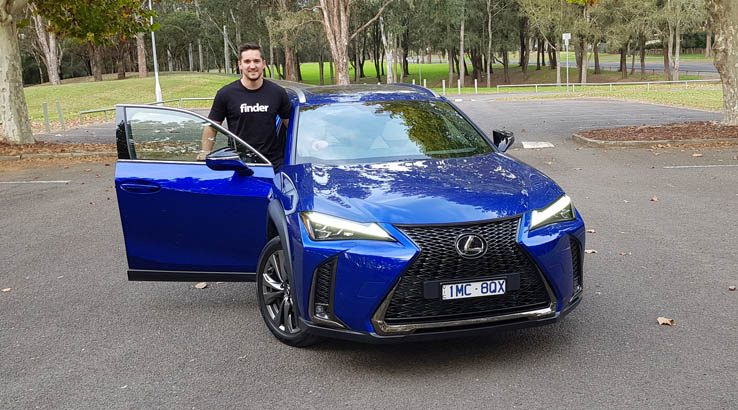 Meet Lexus' newest and smallest SUV, the UX 200. Sitting below the NX, RX and LX models in the Lexus rang, it's built around Toyota's New Global Architecture platform, which underpins the new Corolla and C-HR Koba we tested earlier in the year.

I'm sure by now you've seen it all over TV: so good at anticipating what you want, it even hands you your coffee. While we couldn't find that feature, we did learn that the UX 200 is a fine little SUV that has helped Lexus to post its best first quarter in its history for SUV sales.

We got our hands on the UX 200 F Sport that was optioned with the Enhancement Pack 1 and premium paint, which will set you back $57,450.00 in total.

Opinions are going to be split when it comes to the styling of the UX200, even I'm not fully sure how I feel about it.

I like the signature Lexus front end and am a fan of the rear tail lights that span the entire width of the vehicle. But I can't help but wonder what the vehicle could look like if Lexus dropped the plastic around the wheel arches and door skirts.

Maybe the trim is supposed to give it more of a rugged, crossover feel, but let's face it, this front-wheel drive won't be heading out to Kakadu, especially the F-Sport version that we tested.

Take a look at the pictures and let us know what you think in the comments section below. 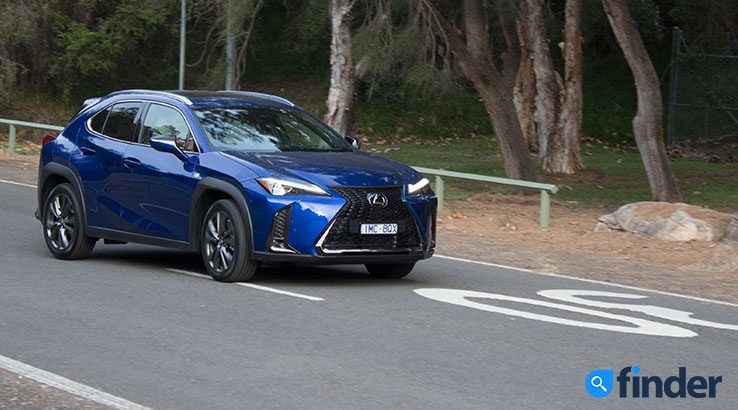 On the road the car has well-rounded dynamics and handling.

The steering has a good weight to it without being overly heavy. It's a satisfying sensation for an electronically assisted power steering system, which oftentimes can feel too light and give you the perception that you're using a computer game steering wheel.

In hand, the steering wheel is a nice size too. Copied from the Lexus LC 500, it's substantial but not too large.

On the go, the suspension is quite decent. It was never going to be as smooth a ride as the RX 300 we recently tested, especially given this is the F-Sport version, but the adaptive dampers the F-Sport receives do a fine job minimising jostle over bumpy, rough surfaces.

Body roll is controlled well through corners, as would be expected from the tested vehicle being both an F-Sport and through the use of the TNGA platform on which the vehicle is built.

The little engine that could.

This high revving 2.0-litre 4-cylinder engine produces 126kW and 205Nm of torque and while it tries its hardest, it does miss a bit of punch that perhaps a turbocharger and a non-CVT transmission would provide.

It isn't all that fuel-efficient either: we recorded 7.1 litres per 100 kms, which is as close as it gets to the urban estimate. A lot of our testing was done in built-up areas flicking between the "normal" and sports driving modes (Eco, Normal, Sport S, Sport S+ and Custom available). Perhaps it could have done with a bit more time on some free-flowing motorways in order to reach the 5.8 litres combined that Lexus claims.

The UX 200 F-Sport also features one of the less noticeable auto on/off systems, helping to keep fuel usage in check.

Power is sent to the front wheels via a continuously variable transmission. For city driving the set-up is fine and it's actually shared with the new Toyota Corolla.

The seats are really comfortable with electric adjustment and electric lumbar adjustment. You'd be hard pressed to be anything other than cosy in those leather perforated seats. You also get three memory settings for the driver's seat. There's a dash that's more or less the same as the one used in the $200,000+ LC 500, including the twistable drive mode selector that projects out of the dash.

In the front you get all the creature comforts of heated and ventilated seats as well as dual-zone climate control, two cup holders and a wireless phone charging bay. Keyless entry and start makes life easier too.

I'd be remiss not to mention the rather average trackpad method of interacting with the infotainment system, but Lexus has remedied this somewhat by including a single hand-operated system near the armrest which works quite well and is much less frustrating when using it on the go, something that will realistically happen frequently. Rather than explain it, see the below image. 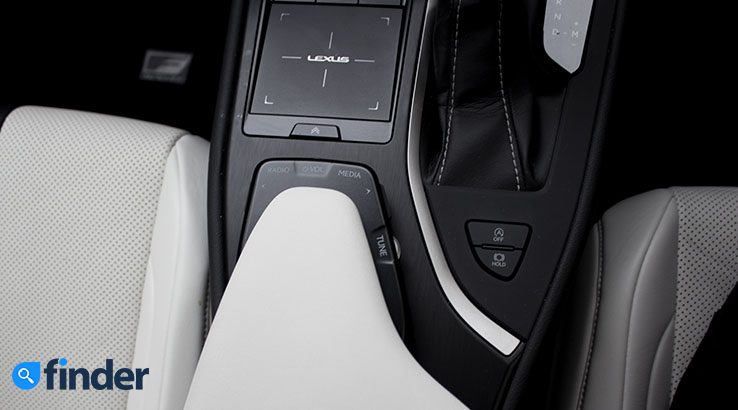 Getting past actually interacting with the infotainment, it isn't too bad. With all the features you want including sat nav and DAB+ digital radio, though you won't be able to use Apple CarPlay or Android Auto. There is also a CD player in case you want to crank out the classics.

In the back you get directional air conditioning vents, a fold-down armrest with two cup holders and two 2.1A fast charge USB points to keep electronic devices topped up.

While rear passengers will benefit from decent headroom, leg room is a bit less generous. With the driver's seat adjusted for me, at just over 6 foot tall, my knees were touching the back of the seat.

There are two ISOfix mounting points on the outside two rear passenger seats where you can securely fasten child seats.

As mentioned the Lexus UX 200 F Sport we tested was optioned with the Enhancement Pack 1, which included a moonroof – a welcome addition.

How much can I store?

The boot in the UX 200 is quite shallow with a total capacity of 371 litres which is in line with most hatches. There is also an electric boot door to make loading the car much easier.

Given the capacity and shape of the boot, you'll be able to fit shopping and suitcases in there, though we tried to pack a standard bi-fold camping table in the boot (720mm x 1,000mm) and needed to switch vehicles as it wouldn't fit.

If you're after a small, premium city runabout, the Lexus looks like a compelling proposition. Lexus also offers a four-year warranty which is among the better warranties of the premium segment.

It is worth heading down to your local dealership for a test-drive and when you do so, make sure you play with and consider the infotainment system thoroughly.