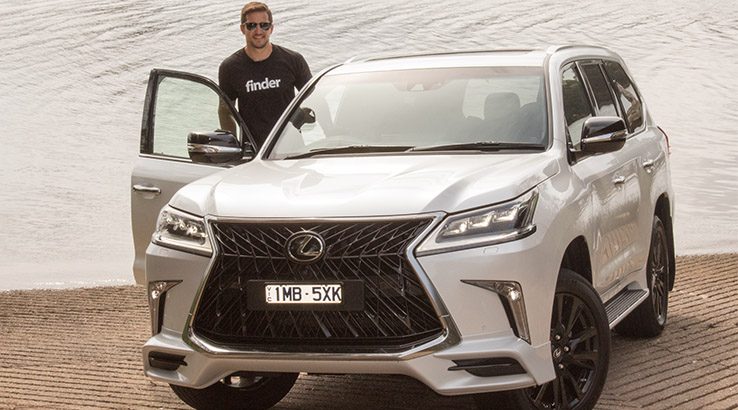 Coming out at a massive 5.1m long, 1.9m tall and 2.0 metres wide, the Lexus LX570 S has an intimidating road presence. It is also packed with tech, and since it's based on the Toyota Land Cruiser, it has the off-road credentials to go with its street style.

The Lexus LX 570 S we tested was "Sonic Quartz" white, one of two colours exclusive to the S model.

Sporting 21-inch gloss-black alloy wheels and a black version of the classic spindle grille that has been made bigger to fit its new front bumper, you can immediately tell the difference between the standard 570 and its Sports counterpart. Other changes include a new rear bumper along with its "S" badging on the back.

With its black accents and its sizeable silhouette, the LX570 S has plenty of road presence. 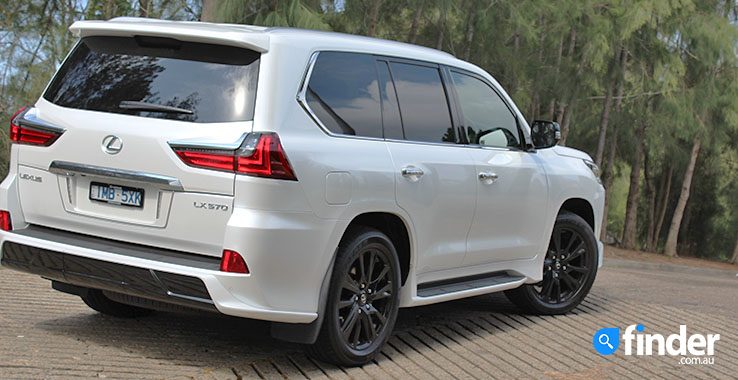 The first thing you notice about the LX570 S is that big, rumbling V8. Producing 270kW of power and 530Nm of torque, the 5.7-litre V8 has the sound to match the aggressive stylings of the LX 570 S. The V8 is mated to an 8-speed automatic transmission, which does a good job of swapping cogs.

The Lexus LX 570 S comes with a 138-litre fuel tank that requires premium unleaded, so topping up this machine is going to cost a pretty penny. It was good planning on Lexus's part to keep the large tank because the Lexus LX 570 S drinks like a fish. We were seeing around 16.7 litres per 100kms and we only managed to drop it that low with some extremely gentle driving. It actually became a bit of a challenge for us. If you are buying a $168,089 V8 SUV, this may not be a concern since you know what you are getting into beforehand.

As expected from Lexus, the cabin has a premium finish. The interior of our test vehicle was "Shimamoku Grey", which looked great, and the perforated leather seats were more than comfortable. They are ventilated too which helped with Sydney's recent hot weather. I'm also sure the seat heating will be up to the task when we are all complaining about how cold winter is. Along with the quad-zone air conditioning, you get Nanoe (pronounced Nano-e) technology, which essentially means that the system "moisturises" the air.

Lexus has thought of everything. And when I say that, I mean it. Along with all the additional tech, there is even a fridge in the centre console – a great addition for families and road trips. You can also turn the fridge off if you want to use it as normal storage.

A large 12.3-inch infotainment system allows you to access music, satellite navigation, climate control, etc. To be honest, I wasn't a fan of the trackpad style interaction on other Lexus models, and I hate to say it, but this is worse. It is a tough, over-sensitive system to use and I struggled to navigate it on-the-go. You really need a passenger or you'll need to pull over to use it safely. You don't get Apple CarPlay or Android Auto, but you do get DAB digital radio and a 19-speaker Mark Levinson sound system, which sounds great.

Along with parking sensors and alerts, there are four cameras including front and reversing cameras, which mean there is no excuse for bumping, brushing or ramming anything in this big unit.

For the most part, we enjoyed the ride of the LX570 S with it ironing out the worst potholes and road undulations that Sydney threw at it. However, I would have liked the steering to be a bit more responsive. Even in the two sports odes, it never felt quite as sharp as we would have liked. You are able to raise and lower the height of the vehicle thanks to adjustable air suspension.

Braking was also an odd one. When the brake pedal grabbed, the vehicle tended to lurch forward, which all the passengers noticed. 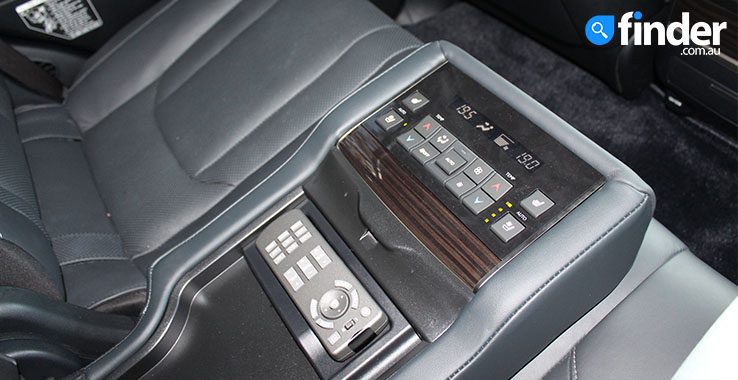 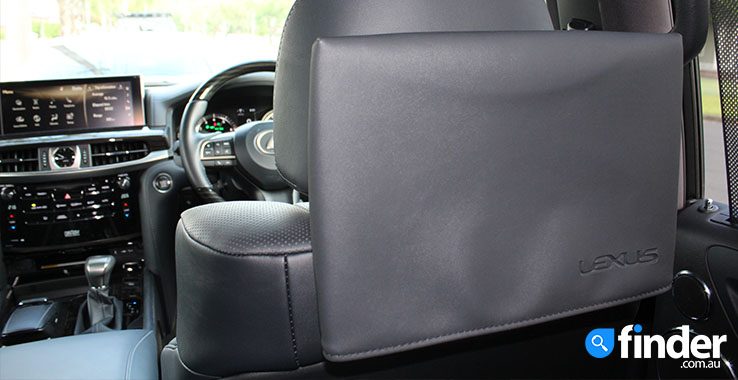 It has 8 seats, so it can transport everyone. When the seats aren't folded down, you will find ample boot space with 1,220L. Drop the second row and you have 2,074L at your disposal.

Opening and closing the boot is a breeze too as Lexus engineers placed buttons under the dash and on the key to do this automatically.

Legroom and headroom in the second row are quite good and with Lexus's quad-zone climate control, there shouldn't be any arguments about who is hot and who is cold in the back. Each person has their own control tucked away in the centre console.

There are also two 11.6-inch screens attached to the back of the driver and front passenger seats, which come with the ability to play video via HDMI connection and audio via auxiliary connections. There is also DAB radio in each. This inclusion is sure to keep the kids from fighting for a while.

It is also safe. You get no less than 10 airbags throughout the cabin and you are able to secure child seats via ISOFIX anchoring points in the second row.

The 530Nm of torque also means that you can tow a 3,500kg (braked) trailer, but I get chills thinking about the fuel bill. 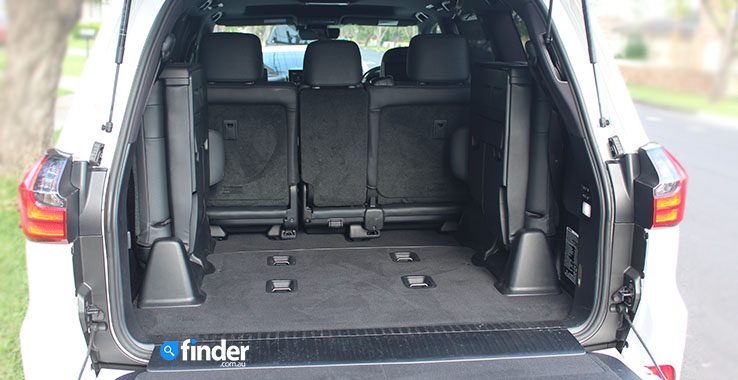 We touched on safety above; however, along with 10 airbags, there is a range of safety technology in the Lexus Safety System +:

With plenty of storage, ample technology and the ability to carry eight people, the Lexus presents decent value for money. While we didn't take it off-road, given its origins we are sure it is more than capable of tackling off-road terrain easily.

It certainly looks the part and stands out on the roads. Given the G-wagon is sold out until 2020 and is almost $100,000 more expensive, along with the V8 Range Rover equivalent, this could be an attractive alternative. Leaving you with $100k in your pocket.

Given that we weren't completely sold with its ride or handling, we suggest heading down to your local Lexus and taking it for a spin.