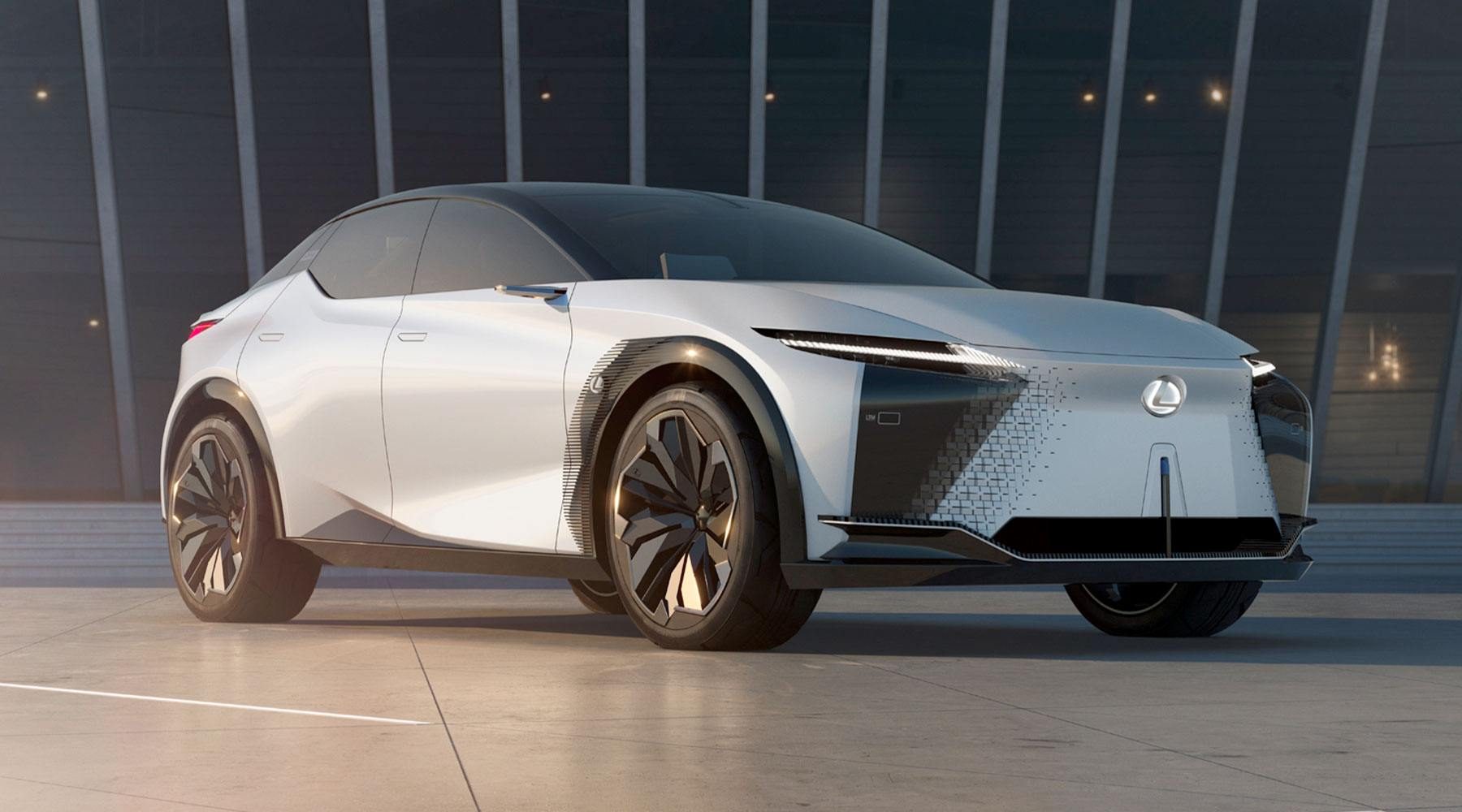 Just hours after Kia showed off the EV6 electric crossover SUV, Lexus laid out details of a potential future electric model, the LF-Z.

First, you need to know that Toyota's luxury division, Lexus, isn't releasing the LF-Z as it stands. It's only a concept vehicle, intended to give a little teaser of a future model. The production model will likely vary from this one, but it serves as a statement of intent. 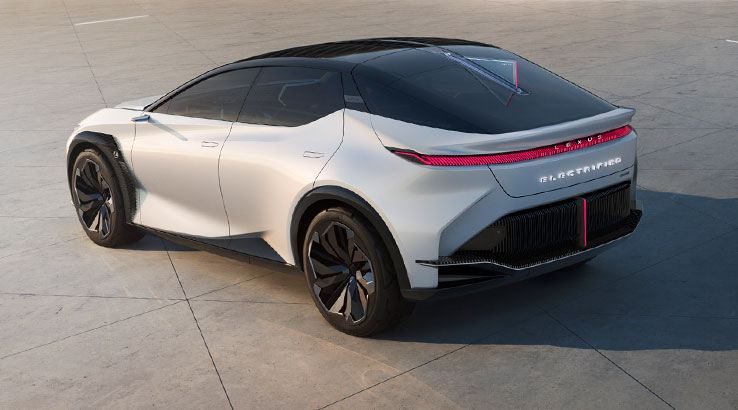 Lexus claims the LF-Z uses "advanced lithium-ion battery technology". The car has a 90kWh battery, which translates to a 600km range, according to WLTP testing. Engineers package the below-floor battery longitudinally, which they say improves handling. They also explain that the main benefits of this configuration are a stiffer chassis and a lowered centre of gravity.

Power is rated at a stirring 400kW, while the torque is at ute-levels, 700Nm to be exact.

It's the performance figures that are most headline-grabbing though. Lexus says a standing start to 100km/h dash takes only 3.0 seconds. That's way faster than the Jaguar i-Pace and even the standard Tesla Model 3. An LF-Z can travel up to 200km/h!

Keeping all that power under control is a 4WD system that Lexus badges DIRECT4. The system not only manages the front and rear motors separately, but it also individually controls each corner. In this way, the LF-Z is a FWD, a RWD or an AWD, as the driving conditions demand. Pretty neat. 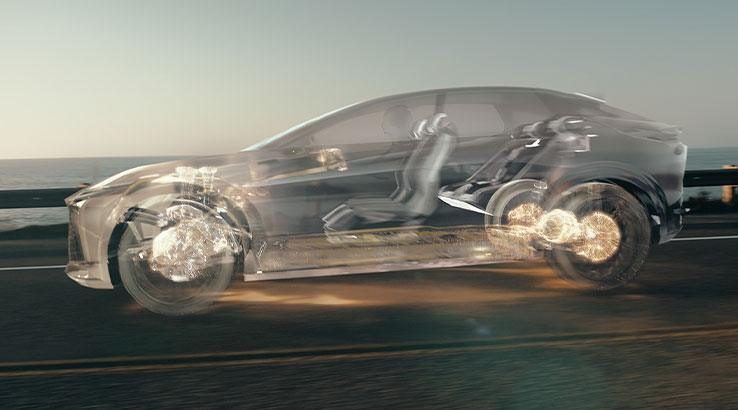 Lexus poetically describes the system as capable of "orchestrating" the vehicle with the driver's "intentions". Basically, a fancy way of saying, the car responds dynamically to the driver's inputs. The agile handling is underscored by a steering set-up that does away with a mechanical linkage to the steering wheel. Instead, the system uses a motor, to improve steering response, and consequently, Lexus says that the LF-Z has a reduced steering angle. 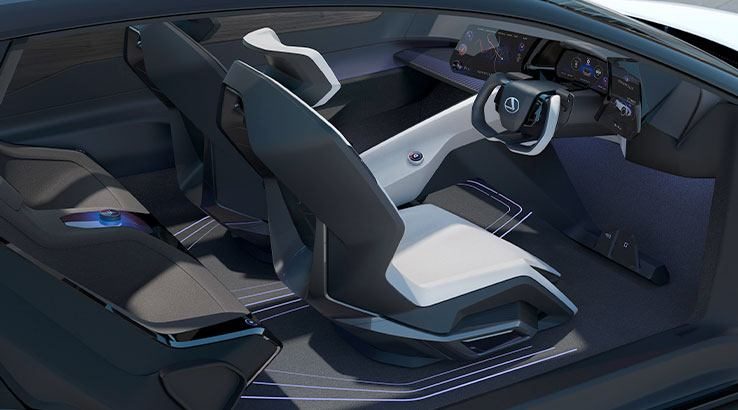 Lexus interior designers took a human-oriented approach to ergonomics. They were inspired by the Japanese word for "rein", as in the connection a horse has with a rider. In a car, that equates to having steering-wheel-mounted controls, a Head-Up Display and an infotainment system that are all tightly integrated.

It feels wrong to call the LF-Z interior minimal, because it's more interesting than that. We'd say it borders on austere, but in a pleasing way. There's less visual clutter, fewer things to be pre-occupied with, which should help the driver concentrate on the business of, well, driving.

The dash features a combined touch display and a strikingly Knight Rider-like steering wheel. We were excited to see the car has artificial intelligence. It's not quite at the levels of K.I.T.T., but it's close.

AI communicates vocally and studies a driver's actions. Then, say you were following a navigation route, it could arrange a restaurant booking. Sadly, there's no mention of whether the onboard computer possesses a banter mode, with plenty of spicy repartee. Nor did they confirm if it can help you defeat corrupt organisations as you travel through small towns. Rather, Lexus likens the AI to a "lifestyle concierge". 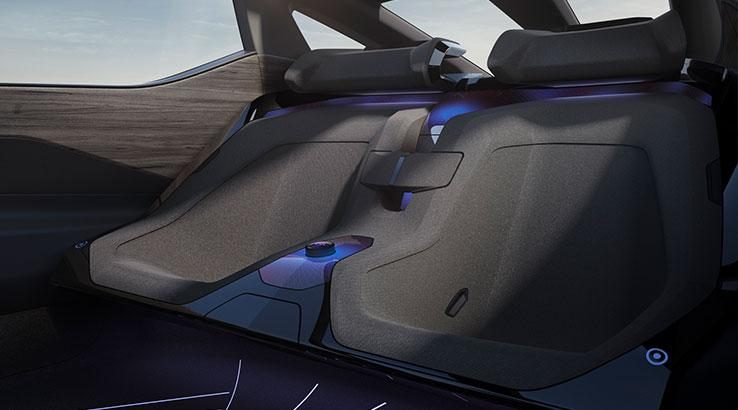 Lexus chose a Mark Levinson® audio system for the LF-Z, which reportedly emits concert-hall levels of sound quality. Plus, it has features like active noise cancellation, to artificially cancel out road noise and improve the cabin ambience.

Perhaps the most trick feature though is the panoramic roof. Using electrochromic glass, it can be dimmed, something we've seen in the Boeing 787 aeroplane. In addition, the LF-Z's roof reflects the "passing night sky".

When will the LF-Z launch?

Put simply, it won't. Not exactly as it appears, anyhow. It's a car that's intended to show buyers where Lexus is headed, in terms of next-generation styling and features. The LF-Z also demonstrates the brand's commitment to fully electric vehicles.

That said, it could serve as the foundation of an all-new electric Lexus. Don't expect it soon though, with 2025 mentioned in the press release as a possible date of "realisation".

Make sure you check out our car reviews section, or, if you already know what you are after, it's worth comparing car loan options, as well as car insurance, to learn how much you could save.