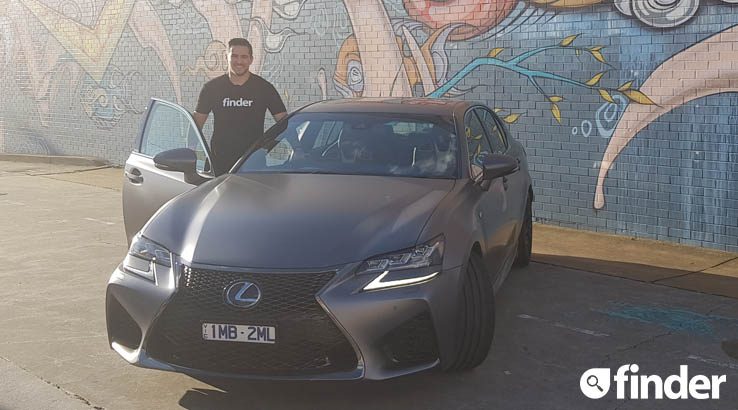 A luxury family sedan with 351kW?

To mark the Lexus GS F's 10th trip around the sun, the Japanese company has produced a special edition with a ream of additions to a car that already had plenty of character.

Lexus hasn't turned to forced induction in order to produce more power, instead sticking with a big, naturally aspirated V8. Cars like the GS F are going the way of the dinosaurs, which is why it is exciting that Lexus is celebrating this family sedan in such a rose-tinted, halcyon kind of way.

Due to the pricing, this car will appeal to a particular clientele, who seek luxury, comfort and class. They'll also enjoy the injection of speed and will drop a pretty penny to get the heady combination in one package.

The 10th anniversary GS F benefits from matte grey paint called Fuji Graphite and black, 10-spoke, BBS, forged-alloy 19-inch rims, along with F-sport badging. You also get carbon fibre accents around the vehicle, including the boot lip spoiler at the back.

The normal GS F was already a good looking car, especially from the back, but in matte grey, the appearance is totally new. It looks exquisite. Up front, the signature Lexus spindle grille and styling will stir debate, but there is no argument about the thoroughly sorted rear of the sedan. 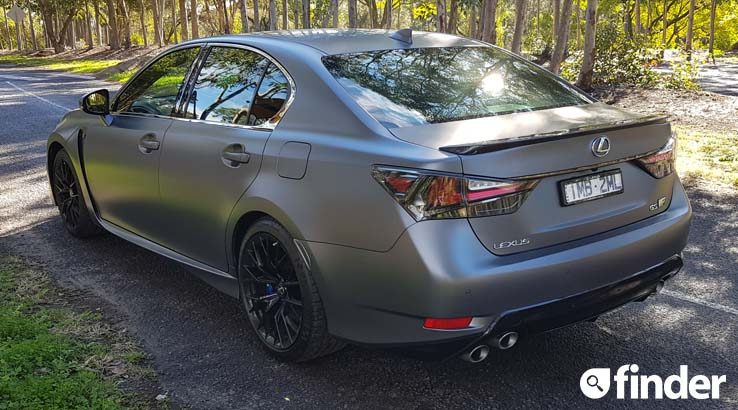 Another bespoke feature of the 10th anniversary Lexus GS F is a blue and white interior – in the front. There is also black and blue suede throughout the cabin and while the colour palette doesn't look too bad, it does seem like a bit of a mishmash.

For occupants up front, there's dual-zone climate control, heated seats and a 12.3-inch infotainment system which is controlled by Lexus's medium of choice, the joystick. We've spoken about this before, but it is almost hazardous and is definitely frustrating due to how sensitive it is, flying around the screen.

All seats come with the F-Sport branding and both front and rear rows were comfortable to sit in. The back seats aren't a bad place to travel; I was totally comfortable sitting in the back, with the driver seat adjusted to my liking. Normally, the back seat is no more than a place to throw your coat in a car with this much power.

Folding down the armrest in the middle seat you will find a bunch of buttons for your personal heated seat and climate controls. There are also two cup holders and a storage area.

When you shift the vehicle into "drive", there is a motorised shade visor that raises up to ensure that there isn't too much sun coming through the back window on to rear passengers and their devices.

A Mark Levinson sound system with a prodigious 17 speakers – yes 17 – means that sound is of the highest quality and in abundance. 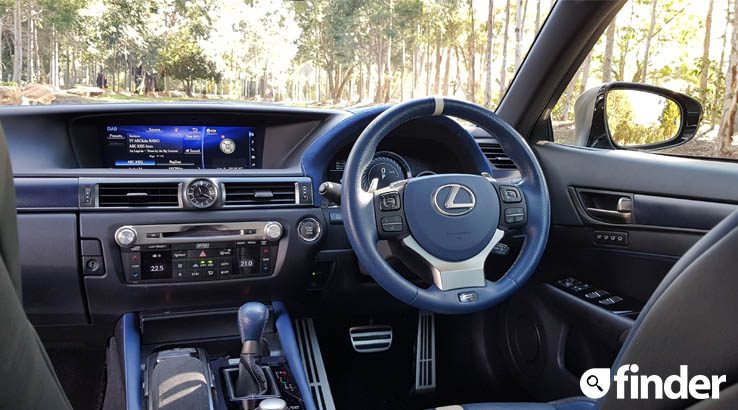 Comfortable on the road, the GS F is an easy car to drive, for the most part. You would think it would ride rougher than it does as a performance-centric sedan, but we were pleased to find the opposite. The 10th anniversary edition benefits from uprated dampers at the front, which aid the dynamics.

Steering response on the GS F is nice and sharp while the weighting, combined with the thick steering wheel, gives you the sense that you're in control of a bona fide sports car.

Power comes from a 5.0-litre, naturally aspirated V8 – in practice, having no forced induction translates to zero lag. Lexus developed this block to rev freely, meaning not only instant power, but a constant and driving acceleration as you bury the throttle. It'll do this in all eight gears, if you're game for it. On the topic of the transmission, it's properly sorted, shifting seamlessly and without dithering.

Needless to say with a power output of 351kW and 530Nm of torque at your beck and call, it has more than enough power for any situation you find yourself in on the open road. Engine tone is fantastic too; however, it did seem a bit muted. I would have loved it to be a bit noisier, although I'm aware my neighbours wouldn't necessarily agree.

There are multiple driving modes: Normal, Eco, Sport and Sport+, each adjusting numerous settings in the vehicle. The reality is that you aren't going to want to move it out of Normal. Sport and Sport+ may be fun, holding gears longer, but your fuel bill will be stratospheric. On a combined cycle, fuel use is measured at 11.3L per 100km travelled.

Each setting gets its own unique display on the digital instrumentation, each more sporty than the last. There are a bunch of toys too, with G-meters and lap-times – not that you will use these in public.

Lane-keep assist was present too, and while on other Lexus vehicles this system has been quite subdued, it seemed more aggressive on the GS F. It could have just been the roads I was travelling on, but I ended up turning it off.

For the driver's use is a head up display, which was crystal clear. You will find yourself moving the seat as low as possible to the ground to make sure you can read it, adding to the racing feel of the 10th anniversary Lexus GS F. 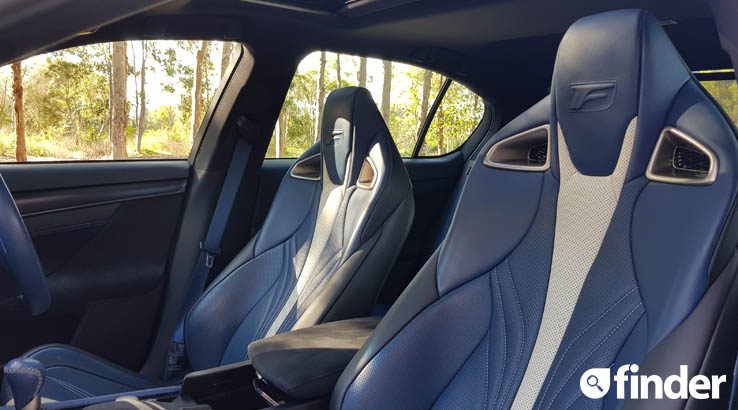 There is a good amount of leg room in the back, as well as having two ISOFIX anchor points to secure child seats.

Boot space is a useable 520 litres, meaning it isn't just a storage space for a spare and a fire extinguisher.

This is a vehicle that is every bit as practical as any other sedan on the road, the only difference being that it is a hell of a lot more fun to drive. In a world where competitors are turning to forced induction, the Lexus V8 is an outlier and despite lacking the power of its geared-up counterparts, it holds its head high.

If you're looking for a sports sedan, make sure to check out the GS F and if the opportunity comes up, the 10th anniversary edition.