What will define Australian fintech in 2019? We asked 5 leaders | Finder

What will define Australian fintech in 2019? We asked 5 leaders 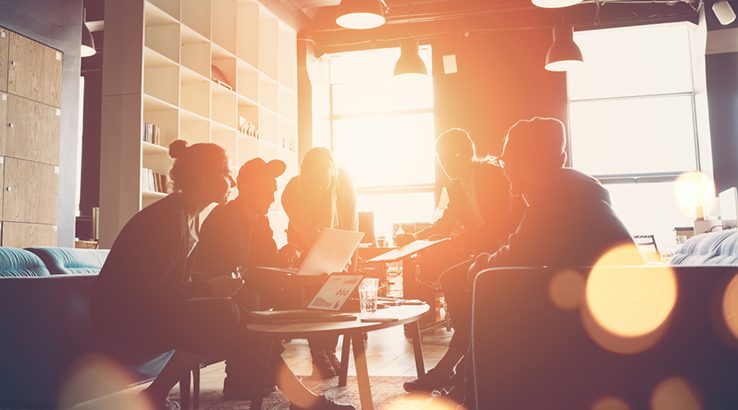 Influential voices from Xinja, Stockspot, Prospa, MoneyPlace and TransferWise on the next year in financial innovation.

Time moves fast in fintech, as 2018 has proved. In May, the government accepted the Farrell review into open banking and announced that the first stage would be implemented in July 2019. Also in May, a change by the Australian Prudential Regulatory Authority (APRA) allowed for a new generation of banks to access a restricted authorised deposit-taking institution licence to be able to offer banking services and compete with the majors. Since then, a new generation of banks – neobanks – have been announcing themselves to the market.

These are only two changes from the past year, but they show just how much the financial landscape can change in 12 months. So what do some of Australia's leading fintechs think of the year that was, and what trends will dominate Australia's fintech industry in 2019?

"I think 2018 was a great year for fintech in Australia, with fintech players making up an increasing percentage of the financial services business, growing in revenue and profitability, and bringing much-needed innovation to people."

"Xinja launched into the App store (had to say that!) and the Australian government signalled a pathway to open banking with its acceptance of the review recommendations. This is great news for people in general, giving them more control over their own data and allowing banks, fintechs and other companies to integrate seamlessly to provide value and services to customers we can't completely imagine yet."

"Equity crowdfunding was also made legal in Australia. This means ordinary retail investors get access to early-stage investment for the first time. It means fintechs and other start-ups get access to much-needed capital, and of course Xinja ran the first crowdfund equity raise – and the most successful one to date – bringing a whole lot of new people into our orbit, people who are telling us what they want from their bank, and who are helping us build it."

"The fintech industry in Australia is likely to be dealing with potentially worsening investment conditions next year, plus the investment uncertainty that a general election brings. This means, even more than ever, that it is truly vital to look after every dollar of investor money and customer money, and maximise what we can do for people who are backing us."

"Another trend: there will be a far more active and present suite of government regulators. After the drama of the Royal Commission, we can expect to see everyone held to a higher standard. Of course, there is the risk of burdensome compliance costs, but if done well and it leads to a fairer, more ethical fintech and financial world, then so much the better." 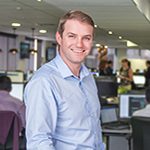 "2018 has been a pivotal year for Australian fintech. We've seen companies like Prospa, Assembly Payments, Airwallex and Brighte scale across a variety of products. This has led to the largest inflow of capital to date with several platforms finalising rounds in excess of $25million."

"There has been a big shift away from traditional banks and lenders, and more customers are now embracing product offerings from fintechs. This year also saw the establishment of Australian neo-banks in both the consumer and commercial space, which will create an even more competitive environment in 2019."

"Transparency will be a major focus for 2019. Australians are now looking beyond the traditional banks and lenders for finance, and trust will be a key consideration here. This year Prospa worked with the fintech industry to develop the Code of Lending Practice. These principles and guidelines on transparency and disclosure were created for alternative lenders but can definitely be extended more broadly. It's been great to collaborate in this way and there's more to focus on in 2019."

"Customer experience will make or break fintech companies in 2019. Those that fail to provide a seamless user journey from start to finish won't survive. Whether that's achieved through AI & chatbots, or a fast, simple application process, customers will demand hassle-free, service-driven solutions, and won't settle for less." 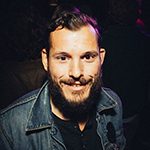 "It's been a great year for Australian fintech In KPMG's global Fintech 100 list, Australian companies and startups made a strong showing, with seven companies appearing in the Emerging 50 section. The two biggest sectors by the number of fintech companies and amount of investment are payments and lending."

"At TransferWise, we've seen 100% year on year growth locally. This year we moved $6 billion to and from Australia compared to $3 billion last year."

"With the proposed opening up of NPP as recommended by the Productivity Commission, we hope to see more Aussie fintechs plugging in, which will in turn lead to better payment services for everyday Australians to get faster, cheaper, and more reliable payments."

"The UK Government has taken the lead in opening direct access to the equivalent infrastructure in the UK beyond the incumbent banks. TransferWise is the first non-bank to connect directly to this system. By joining Britain's infrastructure directly, we have been able to lower costs for our British customers and offer many of them instant international payments, and we hope to offer the same to our Australian customers."

"In general, thanks to Open Banking and the findings from the Royal Commission, 2019 will be the year when more fintechs become household names and gain more customers and market share." 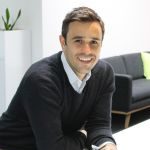 "2018 was a great year for Australian fintech. It included the emergence of digital banks, the growth of lending fintechs and of course the continued growing consumer awareness of robo advice as an investment category. According to EY, fintech adoption in Australia has more than doubled since 2015 and we're definitely seeing this flow through to Stockspot."

"The Royal Commission into Banking Conduct has uncovered the disturbing disregard the large incumbent financial institutions have for their customers. The stories to emerge has made consumers more aware of the high fees, poor advice and lack of transparency and they're starting to look for alternative options to banks."

"I think we'll see growth in fintech alternatives for transactional banking from neo banks entering the market, it will be interesting to see how they approach customer acquisition. There will also be new innovations in areas like savings accounts options like Stockspot Savings." 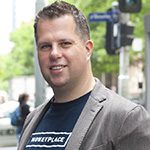 "The EY Fintech Census showed that for 2018, one in five fintech startups are profitable, more than two-thirds are now making revenue and four in five expect to grow revenue next year. The Census also reported a median revenue growth rate in 2018 at 125% while just over a quarter of fintechs grew by over 300%. Based on those measures I'd say it has been a pretty good year for Australian fintech."

"That said, we'd like to see continued state and federal government support especially around R&D tax and other incentives aimed at promoting innovation."

"The combination of open banking and the Royal Commission have created the perfect storm for fintechs to flex and become increasingly influential in mainstream business and consumer finance in 2019. As a result, next year I expect to see more partnerships between fintechs and incumbents, as traditional financial services companies recognise that fintechs can help them solve some of the trickier challenges highlighted by the Royal Commission. This includes things like responsible lending, regulatory compliance and providing advice."

"I also expect neobanks to become more prominent, providing customers with a better alternative than the major banks."