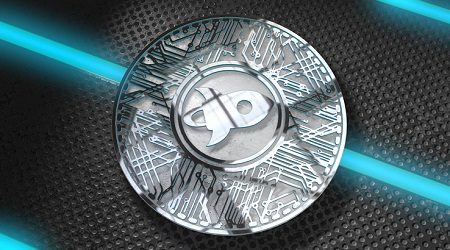 Learn how to get your free money, plus why it's free and what makes it money.

Blockchain.com is giving away US$125 million worth of Stellar XLM.

Still, it's not too shabby.

With that, it's as easy as entering your email to get in line for your free money. You'll need to verify your identity, however. This is to prevent people from claiming more than their fair share, Blockchain.com says.

You will receive instructions on claiming the money through the provided email address.

This token was designed to facilitate cross-border transactions in a broadly similar way to XRP, or Ripples as they're often erroneously called. In fact, Stellar was founded by one of Ripple's early creators following creative differences over how exactly the cryptocurrency would work. Or more accurately, how the entire rest of the world will work in relation to the cryptocurrency.

Ripple broadly follows a vision of institutional cryptocurrency use, and presents the XRP token as a valuable tool to help businesses and financial institutions move money much more cheaply and efficiently as members of the XRP-using Ripple network. By contrast, Stellar envisions more direct peer-to-peer usage of the tokens, and a way for people to send each other money without necessarily needing a bank at all.

It's worth noting that both are also expanding well beyond the application of simply making payments. Ripple is encouraging people to build diverse additional applications that use XRP, while Stellar is working towards the creation of a global market of sorts. Picture a global marketplace that's everywhere and nowhere at the same time, but can be accessed through a range of different doors and has just about everything imaginable for sale including XLM and money itself.

Both networks are attracting a lot of attention. Ripple is bringing on a lot of partners from the world of finance, while some big names like IBM have opted to build out systems on Stellar instead.

There are also a lot of technical and legal differences between the two, but those are beside the point. The important thing here is free money.

Read the complete guide to Stellar

You might have some questions about the Blockchain.com Stellar airdrop, which is reasonable because free money is quite uncommon.

So is this a scam or what?

What? No, of course not.

The goal is to encourage decentralisation and functional real-world usage of the XLM cryptocurrency. By spreading it around freely, you can get more people actually using it. This kind of thing is actually quite common in the world of cryptocurrency, although no one's ever deliberately dispensed as much as $125 million worth of crypto before.

At its core, the idea is that by dispensing free money to a lot of users, the money itself gets a lot of new users. These kinds of network effects can theoretically drive value to the XLM token. In this way, giving away free money might actually be a fairly profitable exercise for those who own a lot of XLM tokens, and quite mutually beneficial for all involved.

Profit likely isn't the main goal here though. Rather, it's probably more about ushering in a new digital golden age by creating a global decentralised financial utopia – typical crypto stuff.

Where's the money coming from?

The funds for this airdrop come from the Stellar Development Foundation. They're probably some of the tokens that were minted when the coin was created, and then set aside to help grow the Stellar ecosystem at a later date, through exercises exactly like this.

How can a bunch of bits and bytes possible be "worth" $25?

Because that's how much you can sell it for. Each XLM is currently going for a bit more than 25 cents, so depending on price movements, you'll probably be receiving about 100 XLM tokens by signing up.

And you can likely convert those bits and bytes to cold hard cash on the very same day you receive them. Here are some places you can sell those Stellars.

You certainly don't have to sell them though. You can find merchants who will accept them or send them as payments to other people. Or you can just hold on to them for that crypto street cred feeling.

I can sell them? So why are people buying XLMs? Why?

Most purchasers at this stage might be buying XLMs speculatively. In other words, they think the price will go up in the future, so they hope to sell them for more later. 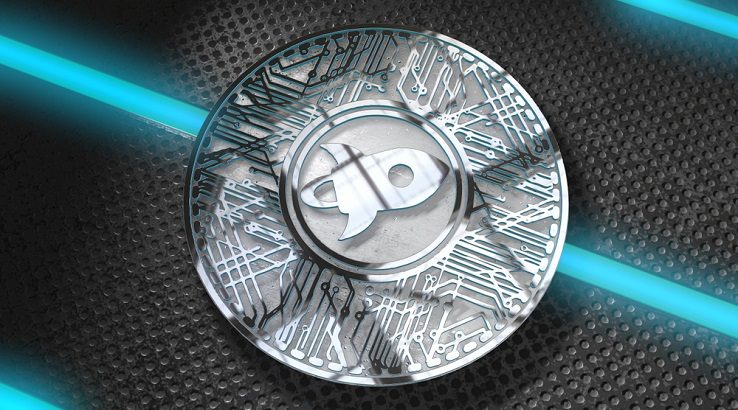 Others might be buying them for the purpose of transferring them and making international payments much more cheaply and easily than you can any other way. This is its primary function, and the Stellar network has some extra advantages to this end. Most notably, the network has a routing algorithm that searches for the most cost-effective way of sending a payment of any kind.

For example, say you want to send US$25 to a friend in Europe and have it arrive as Euros.

So rather than paying a bunch of intermediaries a bunch of exorbitant fees to handle your money, you can have a marketplace for buying and selling money, automatically matchmaking suitable buyers and sellers – you want to sell US dollars, someone else wants to sell Euros.

The XLM token, which is what's getting plonked into your wallet, acts as the grease to keep this process moving smoothly, automatically and at very low cost.

So despite being quite different, the entire thing can still feel almost exactly like a super-fast and cheap money transfer. This is all going on in the background.

XLM's function as the grease for the system, and the in-between currency that keeps it all running, should also theoretically give it something of an undercurrent of demand and value. A lot of extremely clever design and engineering went into this system.

I still think cryptocurrency is a scam

That's not a question. Also, wow.

Fortunately, the money is as real as it gets, regardless of how one feels. Get yours at Blockchain.com, then feel free to convert it into money that jingles if you feel so inclined.