Kohl’s shares plunged 19% after ending talks to sell itself to FRG. Time to sell? 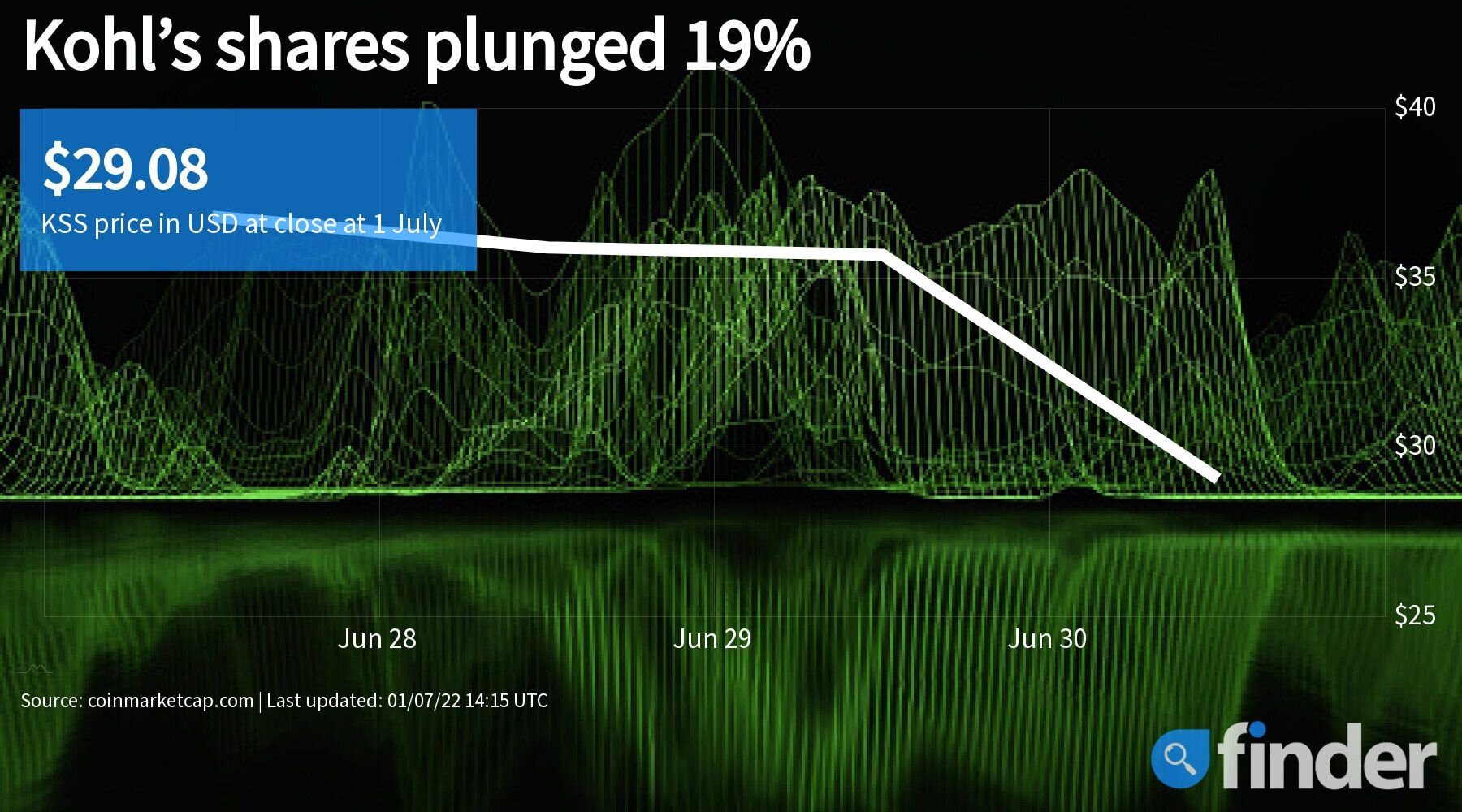 Kohl’s has seen its prospects for a sale dimmed as bidders withered amid mounting economic uncertainty that has clouded the outlook for retailers. Is it time to sell or hold out until a new buyer comes along?

Kohl’s Corp. (KSS) shares slumped 19% as the retailer said it ended talks to sell itself to Franchise Group (FRG) after the potential buyer slashed the offer price.

FRG cut the price to buy Kohl’s to $53 per share from $60 on June 27, the retailer said in a filing with the Securities and Exchange Commission Friday. Even then, the revised proposal still didn’t have the complete terms of the offer that were needed to complete a transaction.

With the stock currently priced near $29,and down 42% this year, either price offered a premium to shareholders. Without a sale, investors may want to reconsider holding it.

Is it time to sell or buy?

Kohl’s has seen its prospects for a sale dimmed as the Federal Reserve started raising interest rates and the odds of a recession rose, muddying the outlook for retailers. From more than 25 interested parties, the bidders for the company dwindled to two, with FRG offering a higher price tag. In the end that price was slashed, according to the company’s regulatory filing.

There’s a case to be made for owning the stock because it pays a dividend yield of about 5.6%. But right now, the technical indicators are going against it.

Before today’s plunge, MarketEdge’s technical indicators were already pointing to the stock’s susceptibility to move lower. That downward momentum accelerated Friday. MarketEdge’s verdict: avoid the stock. There are more skeptics out there.

Only one-third of the 21 analysts who track the company recommend buying the stock, according to data published by Yahoo Finance. Ten analysts say hold, while the rest expect it to trail the performance of its peers.

Are there hopes for a better buyout deal?

Based on the language of Kohl’s SEC filing, a richer offer seems unlikely. They may have already explored all possible bidders.

Between late March and early April, the company got non-binding indications of interest with price tags ranging from $68 to $72 a share, according to the filing. They were all not actionable bids and in the end, none of them came to fruition.

Any potential buyer who had any interest in the retailer would have already joined the bidding process. Kohl’s even hired Goldman Sachs Group, which ranks among the top US deal arrangers, to handle the process. The investment engaged with more than 25 parties. That still didn’t end up in a transaction.

What’s next for Kohl’s?

In May, before Kohl’s announced it’s entering into talks to sell itself to FRG, Morgan Stanley analysts were already skeptical about the company’s 2022 earnings guidance after first quarter results missed estimates. Back then, the bank lowered the retailer’s price target to $38, from $42.

The outlook for retailers across the board has since deteriorated. Morgan Stanley’s analysts noted that discounting activity rose in the third week of June from a year earlier, signaling shrinking margins.

The changes to weighting in FTSE Russell indexes also hurt the company’s prospects. The weighting of the stock in the Russell 1000 and 2000 indexes fell by 21% as of June 14, from a year earlier, according to Morgan Stanley. That means investors who mimic exactly what these gauges do will likely sell some of their Kohl’s shares to match the latest change.

At the time of publication, Luzi Ann Javier doesn’t own Kohl’s shares.