Knack 2 doesn't reinvent the 3D platform brawler, but it's entirely fine family fare for those after a little uncomplicated play.

The original Knack was cast in the unfortunate position of carrying much of the initial hype around the debut of the PlayStation 4. That put a lot of expectation on the shoulders of the poor little crumbly mascot that he was never likely to live up to. Indeed, in the years since its debut, it's become something of a gamer shorthand to use Knack as a general punching bag for overhyped games that couldn't live up to their claims.

That made the announcement of Knack 2 something of a surprise to many because it wasn't as though Knack itself broke down barriers in terms of 3D action gaming. Many saw it as adequate at best, below ordinary at worst. So can the sequel really fix the flaws of the original and bring Knack to a level of glory that the initial hype suggested?

Knack 2 doesn't really do that.

Sorry to give the surprise away so early in the review, but it really won't take you all that long when playing Knack 2 to realise that while there are some quite welcome and "new" features in Knack 2, such as an expanded move set that you build up over time, and a few clever puzzles that make use of Knack's size-changing ability in interesting ways, there's very little here that's genuinely new for action-platform games. 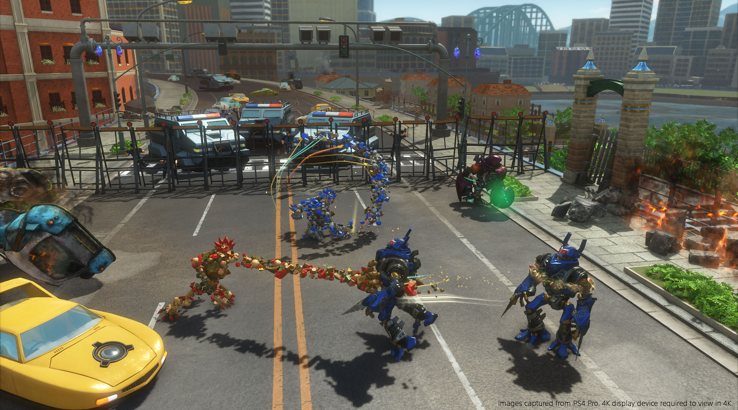 However, that's a very different thing from saying that Knack 2 is a bad game because it's very far from being that. It's essentially similar to the never-ending array of LEGO games in that it's a simple and fun action game well suited towards family play, rather than a hardcore title with exceptional difficulty curves. Knack retains his ability to drop most of his mass to become a tiny version suitable for scurrying around and investigating smaller rooms, or alternatively becoming a Goliath-sized version best suited for smashing. There's more tiny Knack than Goliath Knack on offer in Knack 2, but that keeps the sections where you slug it out at Godzilla-suitable sizes even more special.

The one new feature that makes Knack 2 a little more engaging, especially if you're playing with children, is the drop-in, drop-out gaming that's built straight into the game itself. It's a trick stolen entirely from the LEGO games, to be sure, but it works well; especially if you're playing with a less experienced gamer struggling with any level or puzzle. 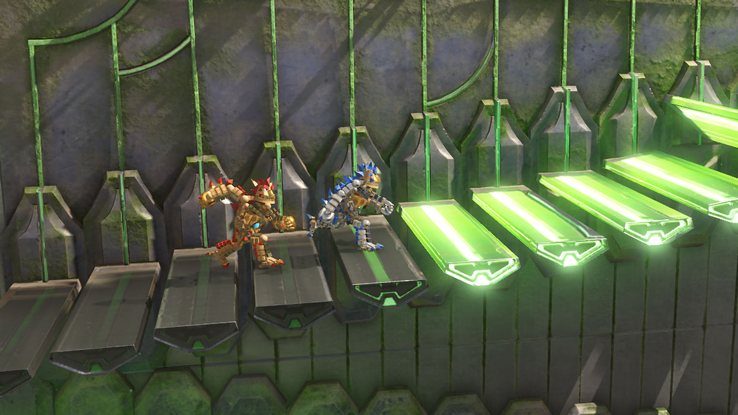 Not every game has to redefine the genre, and Sony seems to get this with Knack 2, given that they've dropped it relatively early in the 2017 games' rush season and at a price that's just a touch lower than most premium AAA titles anyway. If you're the beneficiary of a PlayStation 4 Pro and a suitable 4K-capable telly, it will look even better, but even on the regular PS4 Pro it's a title with its own unique visual style and, for that matter, control setup.

If you're used to 3D platform games with the camera on the right hand stick, you'll need to get used to Knack 2's approach, where the camera is fixed and you dash with the right stick instead. This was true of the first game as well, but it threw me for a while until I went with the flow. Thankfully, the robot camera is mostly intelligent, so jumps of faith and death by off-screen enemy are pretty rare. Puzzles are intelligent but fairly light, which again suits its target market.

Knack 2 does what good sequels should do in that it builds from the original in logical ways. It's not innovative in what it does, but it's competently built if what you're after is a somewhat old-school platform action game, especially if you regularly play with younger gamers.

We reviewed Knack 2 on PlayStation 4 with a copy provided by the publisher.

Knack 2 was never likely to end up on anyone's best-of-the-year games lists, but what Sony's presented here is a perfectly competent, if rather derivative, platform game.

Gaming families will have plenty of fun with Knack 2, and for that target audience, it hits all the right notes, with plenty of action and a simple narrative that keeps you jumping, searching and smashing throughout.