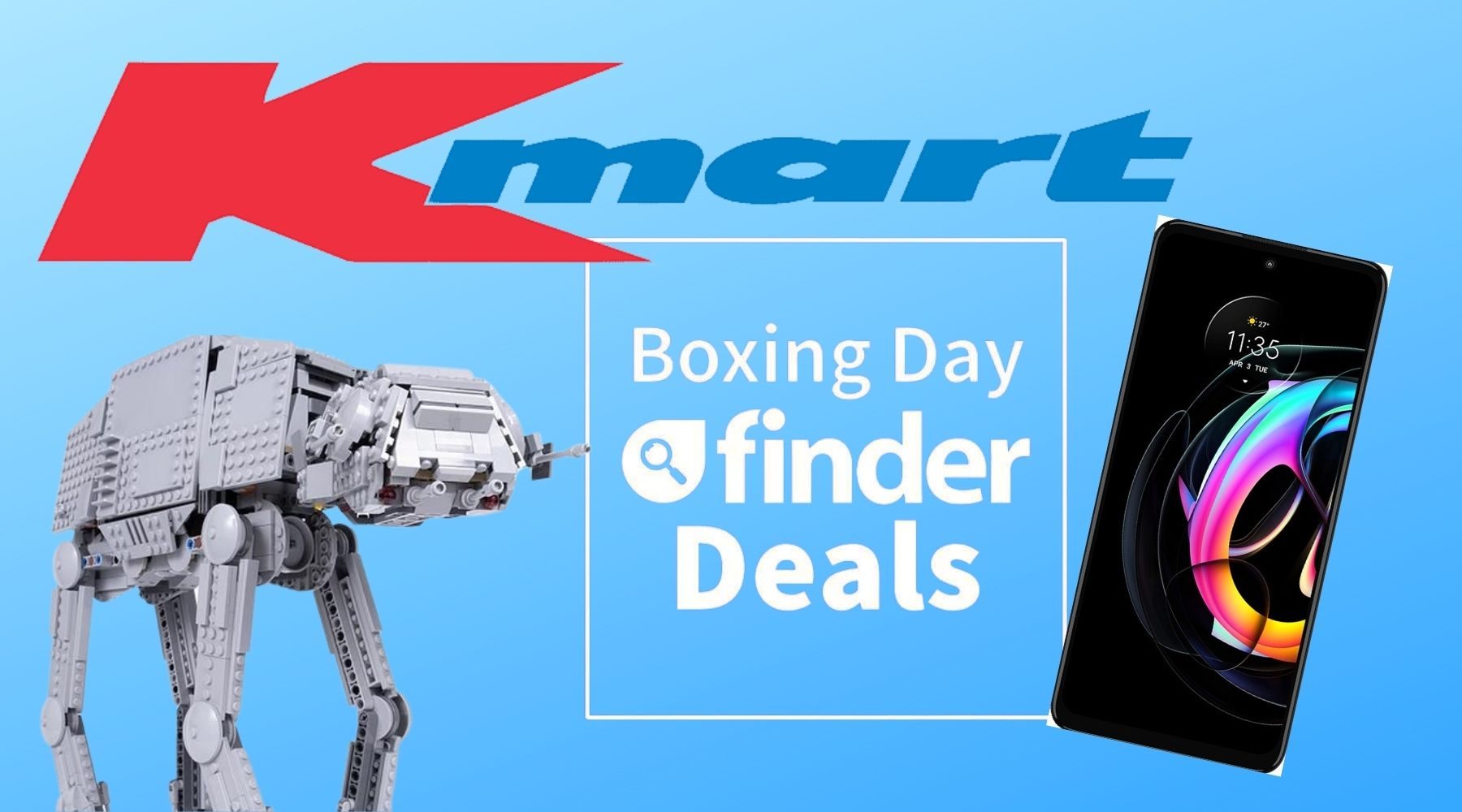 Save over $50 on smartphones, and score big savings on Super Mario LEGO sets and Pokemon TCG packs this Boxing Day.

Kmart is offering clearance sales across all departments this Boxing Day. Find massive deals on mobile phones, home appliances, toys and more. Stocks are running out, so act fast before these deals run out.

The Motorola Moto G8 Power Lite is $50 off

Motorola Moto G8 Power Lite is a powerful budget phone, with a long-lasting 5000mAH battery that lasts 2 days without charge. This phone is also water resistant and has a 6.5-inch HD display for streaming online media. Get one today at Kmart for $149.

The Optus X Wave Smartphone is only $99

The Optus X Wave is a sleek and stylish smartphone that has most of the same features as many of the big name smartphones on the market. This budget phone has a 6.088-inch HD+ display, 13MP camera and a fast quadcore processor. This smartphone is on sale for $99 at Kmart currently.

Get it cheaper at eBay Australia

Save $30 on the Telstra Nokia 2.3 Smartphone

When it comes to robust budget smartphones, the Nokia 2.3 is a simple and easy tool for daily use. It has an AI-assisted adaptive battery technology, so your battery lasts as long as possible between charges, and a 6.2-inch HD+ display. Buy it now at Kmart for $99.

Play Safari with this multi-model LEGO City Wildlife Rescue set from LEGO. This set includes a winch helicopter, truck, wild animals and more for hours of enjoyment. Find it now at Kmart for $99.

The LEGO Marvel Super Heroes in Arishem's Shadow is only $79

From Marvel's Eternals comes this LEGO playset that features 4 Eternals, a Deviant and Celestial together in one. Kids can recreate this action packed film with all the major characters, facing off in a battle that will determine the fate of Earth itself. Pick up a set for $79 at Kmart.

Save $16 on the Pokemon Trainer's Toolkit Trading Card Game

The Pokemon Trading Card Game is back in full swing, with rare and exclusive cards selling online for thousands of dollars. Build your deck for taking down your friends with this set that includes everything a young Pokemon trainer needs, with over 200 cards in the pack. Pick up this toolkit today at Kmart.

Save $40 on this Silver Speedset By Rise Vintage Ride On

Let your kids ride in style with this classic design Silver Speedset Ride On. This 1930s inspired design is suitable for ages 3 and up, with a working steering wheel that teaches kids coordination and balance while they play. Get one today for $49 this Boxing Day at Kmart.

Pokemon TCG: Inteleon VMAX League Battle Deck is down to $39

This Pokemon TCG features the spy Pokemon, Inteleon, who specialises in sneaking and staying undetected. Kids will love adding this 60-card deck to their collection, including limited edition foil cards and a special VMAX edition of Inteleon from the Galar region. Get your set today at Kmart.

The villainous Bowser is now in LEGO form thanks to the LEGO Super Mario Bowser's Castle Boss Battle Expansion Set. This playset includes a castle toy set with towers that rotate and shake, along with more bluetooth enabled set pieces for the Mario figure to interact with. Also included are LEGO themed figures of Bowser, Boo, Dry Bones and Lava Bubble figures, all of which originated in the Super Mario Bros video games. Find a set at Kmart online for $99 this Boxing Day.