This dazzling sequel isn't as finely tuned as it should be but it still has some Sorcerer's Apprentice-level magic in store.

Though I don't understand the mindset, I'm aware that there's a bunch of gamers who have nothing but disdain for the Kingdom Hearts series. They look at the cover of these interactive storybooks and see nothing but a weird tonal mishmash. Spiky-haired kids with improbably shaped swords fighting alongside pants-less sailor ducks and ...uh, whatever genus Goofy is. (Man? Dog? Dogman?) Even if you're an anti-KH hardliner, you need to get over yourself and sample what is truly one of the best games of the year.

Fair warning: you're going to need to do a tiny bit of Wikipedia study. It's been 13 years since the last fully numbered entry in the series, and even on its best days the Kingdom Hearts plot has been a convoluted, dimension-hopping bowl of spaghetti. Worse, the so-called recap included -- marketed as a means to catch new players up -- is a long video of disjointed events that explains bugger all. You're just going to have to accept that you'll feel a little lost from time to time.

Something, something, stop a bunch of leather-clad goths from starting an inter-dimensional war

That being the case, I really should outline the bare minimum stuff you ought to know going in. Expect to slip into the weirdly oversized boots of Sora, a teenager armed with a keyblade sword that looks like it's better for defacing car panels than destroying demon hordes. He and his pals (humans like Riku, Aqua and a bunch of anthropomorphic House of Mouse heroes) can kick some serious arse with attacks that transmogrify them into the coolest Pixar and Disney characters from your childhood. Yada yada yada, your goal is to use these powers to awaken seven guardians of light. Something, something, stop a bunch of leather-clad goths from starting an inter-dimensional war (or incessantly monologuing about doing so, at least). 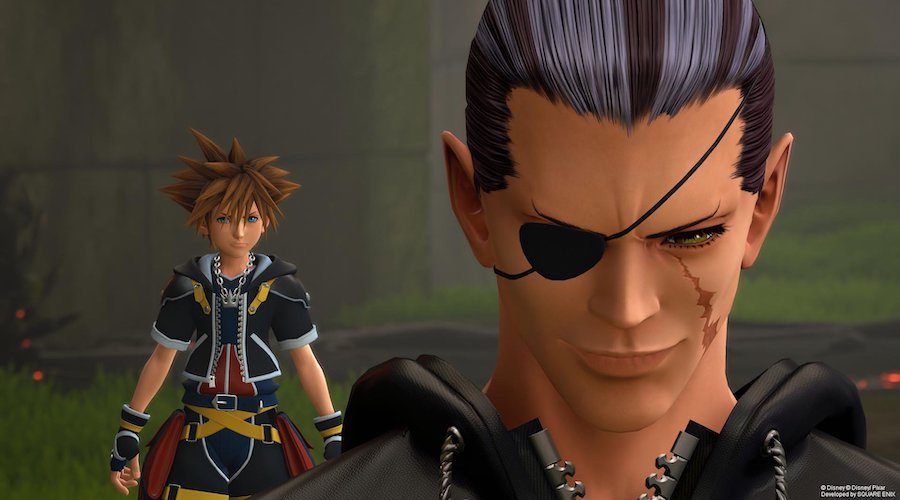 Gameplay-wise, KH3 walks a fine line between accessible, over-the-top action and a magic system that offers a lot of tactical nuance for those who know how to pay attention to the battlefield. Essentially, you and your party (which can now expand to five) will whale on mobs with simple button mashy combos until you've earned the right to unleash the true potential of your three (d-pad selectable) keyblades equipped to Sora.

Trigger an Attraction attack to make your screen will explode with a hyperactive display of fireworks, explosions and/or some really great advertising for Disneyland theme parks. You might shred through dozens of inky foes in one of the teacup rides, or splashdown on their heads in a Splash Mountain dinghy, or harness the centrifugal force of that pendulous Pirate Ship ride. Honestly, it's hard to pick a favourite as they're all flashy and incredibly gratifying to deploy.

It's the same deal with Keyblade transformations, which are effectively 18 or so weapon forms that increase your damage output, tweak your combos and pay homage to a Disney IP. For example, a Hercules-inspired shield allows you to simultaneously go on the offensive while blocking incoming frontal assaults. 100 Acre Woods fans can rain...uh, Pooh, down on their foes with the Honey Spout form that gives you dual guns and a bit of third-person shooting. Personally, I have a soft spot for Monsters Inc. so I gravitated to belting people with bedroom doors on a bloody big stick.   Did any of the above make sense? No. Did it look gobsmackingly gorgeous on-screen and deliver a sense of empowerment for fairly minimal effort? Absolutely.  The coolness-factor only increases (and gets more eyeball-retarding) when you add in Link attacks as well. These summon the “spirits” of some of the most beloved Disney characters ever to aid you in battle. It's pretty hard not to geek out when you're riding a 30 ft flaming Simba into mobs of enemies, or ground pounding them into blocky pixelised mush with Wreck-it Ralph. Other highlights include dolphin diving through enemies as The Little Mermaid or using Stitch (sans Lilo) to laser ensnare enemies, like some sort of 3D version of that ancient arcade game Qix. 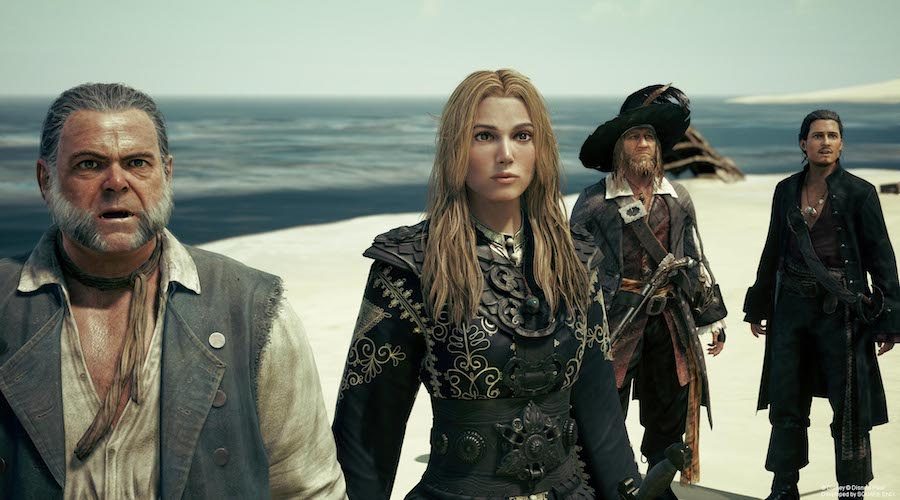 While the combat's a blast and the Unreal Engine 4 churns out some amazing eye-candy, it should be noted that the grind and customization have been dialled right back. Amazing abilities are handed to you simply for levelling up – there's no meticulously specializing yourself down a preferred path of personal growth. Basically, every player will organically end up with more or less the same Sora by the end – min-maxers and statisticians will find themselves a little cheated.   Also, newcomers ought to be aware that the 25-odd hours of campaign contain a whopping 11 hours of cutscenes to sit through. A lot of it is melodrama that diehards of the series will absolutely eat up – and hey, when you've been made to starve a decade for closure to an anecdote, everything tastes great. The next demographic along will be a bunch of gamers who'll appreciate it for the impressive direction and cameos, despite being regularly bemused by some hammy dialogue. Everybody else can just skip these and not be too inconvenienced.

On the topic of hours and a curious mix of good and bad, KH3 is absolutely chockers with at least 30-40 hours of incidental side-content – palate cleanser stuff that can be rather hit and miss. As you zip from world to world you'll take unexpected gameplay holidays where you might do some light Gears of War-esque cover shooting, or a bit of Assassin's Creed Odyssey naval combat with a remarkably life-like-looking Jack Sparrow. For every great mini-game, like messing up people in a Toy Story mech, there's another one that's under-developed and, well, un-fun. The cruddy Game & Watch diversions spring to mind, and having to navigate to missions through large, fairly empty overworlds can grate, too.

With all that being said, Kingdom Hearts 3 proves to be a more than satisfying conclusion to a much-beloved franchise (...er, until Square releases the inevitable “Final Remix” that will be the definite-definitive version). Super fans like myself will be more than sated with the finale on offer and this is game effortlessly leaps generational divides – my kids watched me, absolutely enthralled, and are playing through again as I type this. Square-Enix hasn't delivered perfection here, but there's still some potent magic that shouldn't be missed.

Kingdom Hearts III was reviewed on PlayStation 4 with a copy provided by the publisher.

Lengthy, visually dazzling and filled with (mostly) gratifying action. Kingdom Hearts III isn't as finely-tuned as it ought to be, but it still has some Sorcerer's Apprentice-level magic to experience..