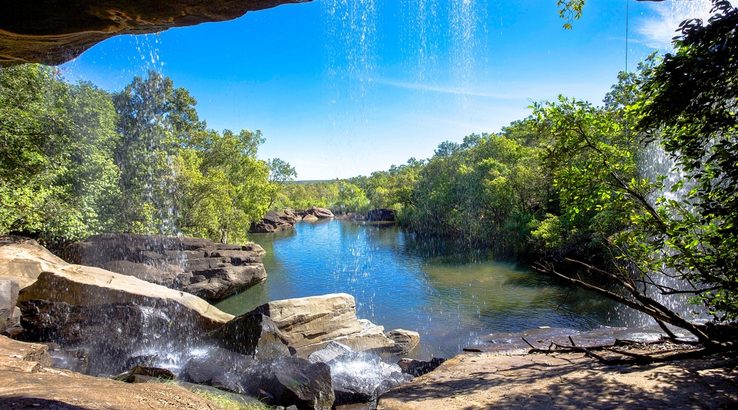 The current fee is a flat $200 per berth, for visiting cruise ships and charter boat operators, and by 2019, it's set to rise to $152 per visitor. This will apply on top of all other fees currently being charged.

This fee will buy visitors a permit, which entitles them to visit a set range of 50 different sites, while others remain off limits due to their sacred nature. Although the current fee only applies to boats, a separate fee is planned in coming years for tourists who want to visit other road-accessible sites.

"If you're going to another people's country, you got to pay, that's the same with us," said WGAC chair Catherine Goonack. "It's mainly to support our rangers and help the traditional owners go out on country to protect areas … and to welcome tourists too."

Kimberley has plenty of destinations that are only accessible by water, which has naturally made it an increasingly popular spot for cruise and charter boat operators, but there's concern among the WGAC that this popularity has not effectively translated into real income and risks not being worth the increased cost of upkeep and maintenance.

If the fee can reduce foot traffic while also boosting returns, then it might be a win-win solution for WGAC and Aboriginal title groups in the area. Increased tourist numbers have led to damaged rock art, images being chipped away and garbage being left behind, so putting a dent in the visitor numbers could help preserve the sites.

Federal Aboriginal Affairs Minister Nigel Scullion doesn't see anything out of the ordinary with this arrangement saying, "If cruise companies want to access this fantastic cultural opportunity that their tourists wish to see, then they have to come to some negotiated arrangement... I don't see [how] that’s remarkable in any way."

The president of the Kimberley Marine Tourism Association (KMTA), Chad Avenell has said that the association supports the fees in principle, and understands the reasoning for it, but has suggested that the current fee is too high for smaller charter operators, and that in future it might get out of hand with as many as six different native title groups along the Kimberley coast each charging their own fees.

As a potential alternative, the KMTA has suggested that people are charged a one-off visitor fee, with the proceeds being distributed among all title groups along the coast.

WA Aboriginal affairs minister Ben Wyatt is also wary of the potential downsides, releasing a statement re-emphasising the importance of tourism in the region and warning of the potential for multiple fees to drive away visitors.

The WGAC is already on board with the idea of a unified ticket price, saying that while it's keen to work with its neighbours on a coordinated fee, it had to intention of waiting to exercise its title rights.

While the current fee is considerable for smaller operators, it may be unlikely to seriously impact tourist numbers. Even the much sharper fee of $152 per visitor in 2019 will likely be seen as a very reasonable price of admission to the region's spectacular sights and just a bit more on top of the thousands of dollars overseas visitors are paying for a cruise to Australia.

If the WGAC system works, it's very likely that other groups will follow suit. However, when each group along the coast starts charging its own entry fees, cruise lines may quickly start limiting their itineraries to keep costs in check, and the different title groups might inevitably start competing for visitors in a way that can only create winners and losers. The willingness of all parties to work together, however, means it's unlikely to come to this.

The fee is just be a drop in the bucket for overseas visitors, but will probably make a significant difference for domestic travellers.

If you're already in Australia, the total cost of an Australian coast cruise is generally just a few hundred dollars, including all accommodation, meals and shore fees. Another $152 on top of that, as of 2019, will probably change things considerably.