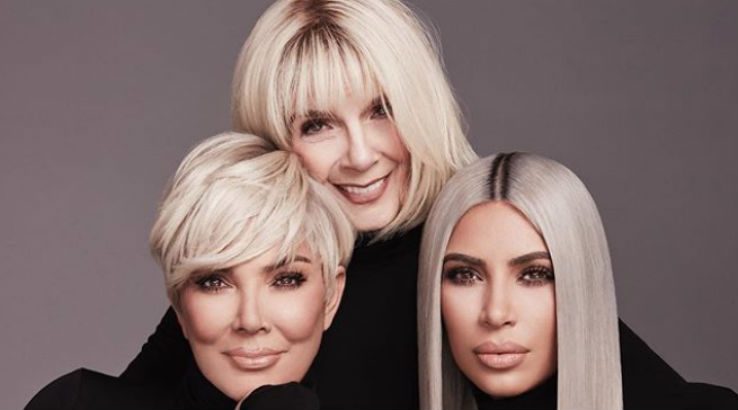 Grab your diaries or set an alarm ladies because we've got a launch date and it's this month!

This is not a drill. Kim Kardashian just revealed when her concealer kits are going to drop and it is this month! You can expect to see not one but three products all dropping to the KKW Beauty website on the 23 March.

We've been investigating these concealers for what feels like forever and even had our sneaky suspicions on a setting powder. Now, the reality star has launched a single campaign for these upcoming concealer kits and we're low key in love with it. It features her mother, Kris Jenner, and her Grandmother, Mary Jo. She wanted to showcase how her concealer kits worked on a range of individuals of all different ages from their 20s to their 80s!

These concealers have definitely been in the works for a while and even got delayed for the launch! They were actually supposed to drop before the Ultra Lightbeam glosses but Kim "really wanted to perfect them" and we can totally respect that!

But, that's not all. As we've previously mentioned, we've spotted a setting powder in the back of Kim's snapchats recently and thank the makeup gods we were right! 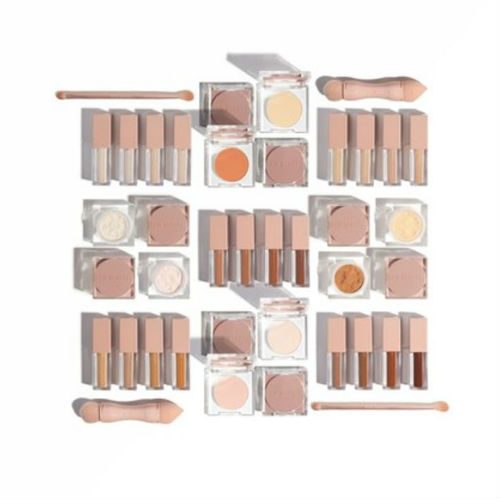 Kim posted to the KKW Beauty Instagram announcing the launch with the caption "Concealer Kits coming 03.23". Therefore, in our minds, what would be needed in a concealer kit is definitely something to set your concealer with and also brighten your under eyes. An imaged sourced from KKW Beauty shows not only the concealers but setting powders and brightening creams as well. Brace yourselves, people. We definitely think this is going to be huge.

The concealers consist of 16 different shades and the four setting and brightening powders. According to Kim, "The texture of the powders was really important to me". She stated that "Not only did I want to make sure there were some ingredients to treat the signs of ageing like ceramides and marine collagen, but I also wanted a blendable product that you could really build to achieve that lighter undereye effect without the concealer creasing". 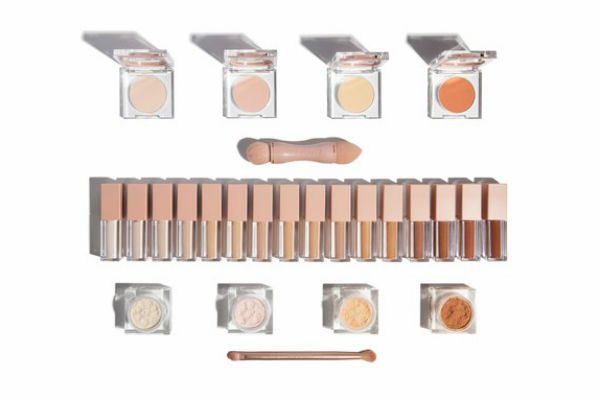 Kim's motivation behind releasing three products rather than just concealers came from her desire to let people into her own makeup routine. We all know and love Kim's contoured look and bright under eye so if this is going to help us achieve that then we're all for it!

It's safe to say 2017 was a ripper year for Kim Kardashian and the reveal of her beauty line. She released some absolutely amazing products like her brand highlighters and lip glosses, her new fragrance and her contour and highlighter sets, just to name a few.

The cheeky Kim K has been teasing a concealer for some time now and it's finally been revealed. The reality star has stated that she is often questioned on how she conceals her dark under eye area and now we know. But wait, there is more.

In the sneaky snippet that Kim posted to her Instagram story, we saw her make up master, Makeup by Mario, applying the concealer to her as she states "Guys, new product alert!". However, not too soon after we see him applying a setting powder to the concealer areas and we're starting to think concealers aren't the only thing coming to KKW beauty. Whilst showing a couple of products, we can see in the background what looks like a setting powder and we're getting excited.

The concealers definitely look a little like the glosses, in terms of packaging, that recently launched to the KKW beauty line. However, these babies definitely look like they pack a punch and are super pigmented as they conceal Kim K's dark under eye area flawlessly. The only downfall is, which I do have to admit, is that the product sizing looks a little bit small in comparison to other concealers on the market. However, this could all just be what it looks like on film and we'll just have to wait and see. 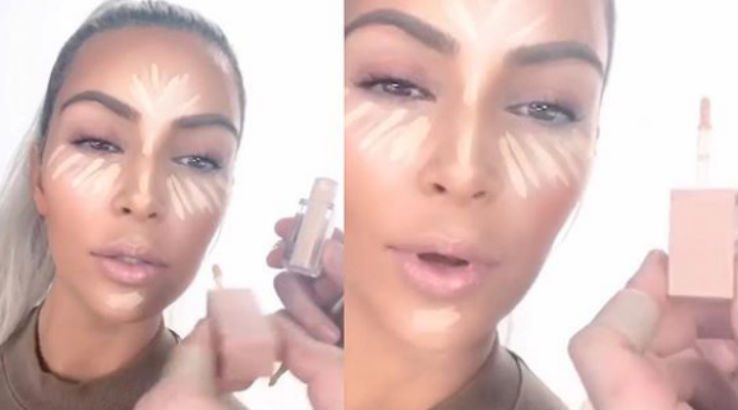 We don't have a launch date yet so now it's just time to play the waiting game but please Kim, don't take too long. I mean, this gal has had about 3 hours sleep and these bags under my eyes need you.