Kik has decided to fork Stellar for its Kin cryptocurrency 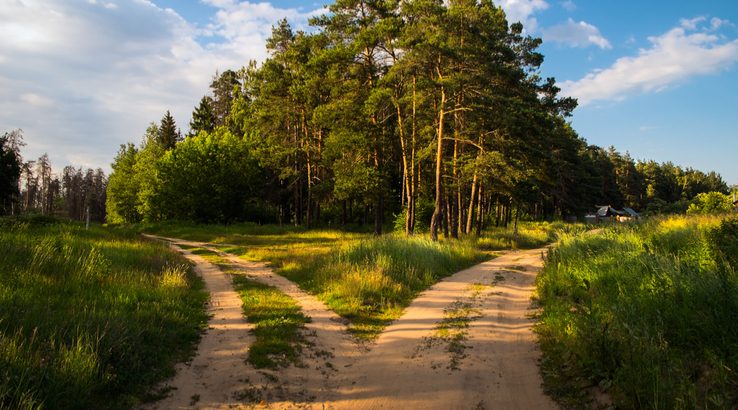 Appropriately, the road which led Kin developers to this decision has also been full of forks.

Kik enjoyed a wildly successful US$100 million ICO for the creation of its KIN cryptocurrency, but raising the funds might have been easier than developing it as intended.

In a recent blog post, Netanel Lev, Kin VP of R&D has outlined the road so far in broad strokes, and the series of events that have led it to the choice of creating its own blockchain, a significantly more difficult task than running across another network as initially intended. The reason was to get the benefits of high scalability, to the extent that it can run a zero fee network, and the benefits of a high liquidity market.

Both of these are essential to Kik's goal of creating a cryptocurrency that can be used as widely and easily as possible.

It started with the "IPLV2 project". It let users buy stickers inside the Kik app, using Kin, and was built on top of the Ethereum blockchain.

"One of the main learnings from IPLV2 was that Ethereum will not be able to serve our needs in its current state. While there are several reasons for this, scaling and unpredictable fee rates were two of the main issues that lead to the conclusion that we need to look for an alternative blockchain," Lev writes.

"We researched alternative blockchains and ended up choosing Stellar as the best candidate because it solved the issues around scale and fee predictability that we encountered on Ethereum."

The plan was to reimburse users for the mild fees that would incur on the Stellar network, for the psychological benefits of absolutely zero fee transactions to encourage spending more widely. But during the course of migration to Stellar, Lev says, the lack of liquidity in the Stellar ecosystem became apparent.

This limitation saw it tack to a "best of both worlds" approach, with a multi-blockchain strategy spanning both Stellar and Ethereum, for the scalability of the former and the liquidity of the latter.

Construction then started on both platforms, including a system for migrating Kin on top of Stellar while continuing to have it on Ethereum. It was also an educational time, in which the developers learned about the obstacles involved in subsidising user fees and handling the inactive users who create wallets then drop out.

But looking down the road, developers weighed the available options, and whether they were really finding the best way out of their dual scalability-liquidity conundrum. That's when they decided to fork Stellar to create their own Kin blockchain.

In the long run though, the scalability problems of Ethereum and liquidity problems of Stellar are both likely to be largely resolved in the near future, which might make the decision for Kin to operate its own blockchain somewhat unusual.

However, these aren't the only advantages of going alone, Lev notes. For the kind of ecosystem Kin envisions, it might need to set up its own network.

"After all of the experience we had in the past months, we came to the conclusion that in order to take us to the next step and become the most used cryptocurrency in the world, we would need to take fate into our own hands to create a solution that can fit our needs. One of the great things about the crypto field is that everything is open source, which enables developers to customize solutions for their own use cases."

"Forking Stellar allows us to customize it for our own needs, which will improve the user experience of the Kin SDK and eliminate any fee subsidy issues that might slow us down as we move forward. This decision supports permissionless innovation and empowers developers to more easily contribute and improve the Kin ecosystem tools and infrastructure, enabling them to build custom use cases that otherwise would never exist. Moreover, digital services that join our journey will be able to operate part of the network and have a bigger influence on their future."

The constantly shifting gears and apparent indecisiveness might be off-putting to some speculators, but Kin developers appear to be taking it in their stride.

"Walking a new path frequently requires a new approach and always requires flexibility and the ability to adapt to changing needs," Lev explains. Whether Kin's developers are able to maintain the pace of learning required to create a brand new world-spanning economy while juggling the dual technical and economic theory security requirements of handling one's own network, remains to be seen.