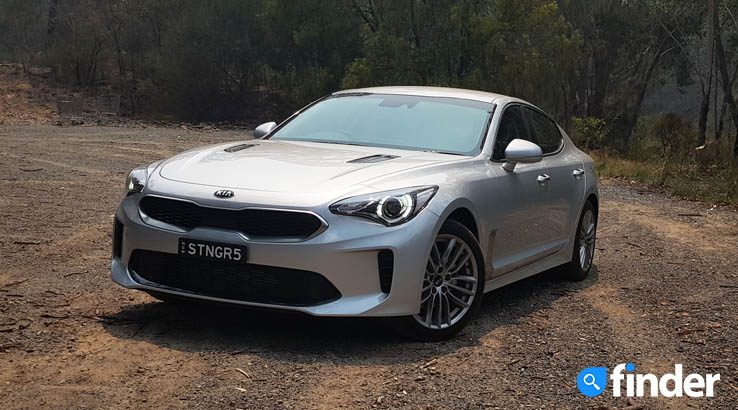 The Kia Stinger was highly anticipated ahead of its release in Australia in 2017. Most of the fuss was being made about the GT model with its 3.3-litre engine, and for good reason – you can see our Kia Stinger GT review here.

But while the GT got a lot of attention, the 200S slipped under the radar of the automotive world. It starts at $50,490 and with the Holden Commodore ceasing to be available in Australia, would the Kia fastback be a good alternative?

Between 2017 and 2020, the Kia Stinger hasn't had all that much done inside. On face value it looks much the same, but that isn't the worst thing as in its current layout and fitting, it doesn't seem to have aged.

If anything, the 200S probably feels a little less premium inside, having sat in a well-specced GT, but overall the interior is good. Yes, there are some plastics and the seven-inch infotainment system (shared with Hyundai) isn't the hottest new thing, but it's still a well presented cabin.

Apple CarPlay and Android Auto are both present on the system, as is satellite navigation and DAB digital radio, all of which project audio through six speakers positioned around the passenger compartment.

Seating is decently comfortable on long and short trips with the driver's pew being eight-way, electronically adjustable. There is also a thick-rimmed steering wheel, behind which sits a clean console layout.

In the back, things haven't changed greatly. There is still an average amount of legroom and, due to the sweeping roofline, headroom is at a premium. At just over six-foot tall, my head was brushing the roof, so I could sit there comfortably, but any taller and it may not be as pleasant.

While little has changed since the Kia Stinger was introduced to the market in 2017, it hasn't aged or dated either. 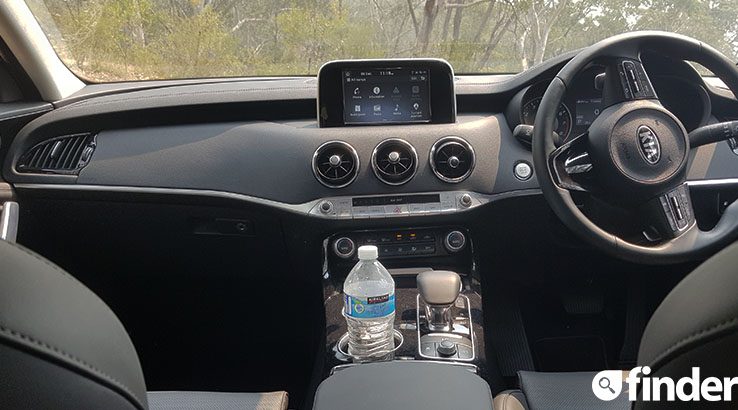 Jumping into the driver's seat, you're immediately positioned quite low, adding to the sporty stance of the vehicle. The car is comfortable to sit in too, with a good amount of bolstering and easy-to-operate electronic adjustment for the driver.

The 200S, like all Kia Stinger models, was tuned in locally to handle the harsh Australian conditions and for the most part, Kia has done a great job. Body control is well handled and while the ride is on the firm side – matching its performance focus – it is still quite compliant. The 200S doesn't receive the adaptive dampers that are fitted to the GT; however, it still feels notably refined regardless. 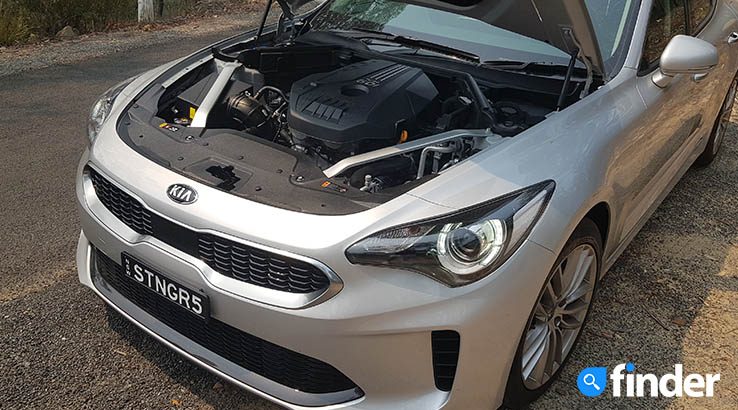 The Stinger 200S is powered by a 2.0-litre, four-cylinder turbo petrol engine producing 182kW and 353Nm of torque. Power is sent to the rear wheels through an eight-speed automatic gearbox. Overall, the package does a good job of getting the Stinger up and going and offers up a decent amount of excitement, with a steady stream of power on tap as needed around the city or on the highway.

Kia claims that it will consume 8.8 litres per 100km on a combined cycle and 6.5 litres out on the highway. We didn't quite see the 6.5, with a 6.9 being the lowest, however that was with moderate traffic sitting in the right hand lane, disrupting free-flowing progress.

A 60-litre tank will ensure that Kia Stinger 200S can skip a few petrol stations on those longer trips.

You can switch between five driving modes, all of which make various adjustments to the vehicle to achieve a goal. "Eco" makes all sorts of changes in order to make your fuel last as long as possible; it's not an exciting mode. Then you have "Comfort" which makes everything a bit more … comfortable. "Sport" was our go-to as it sharpens things up a bit and tells the transmission to hold gears longer.

There is also a "Smart mode" which will automatically make accommodations based on driving and environmental factors. Finally "Custom" will allow you to configure the car how you want. 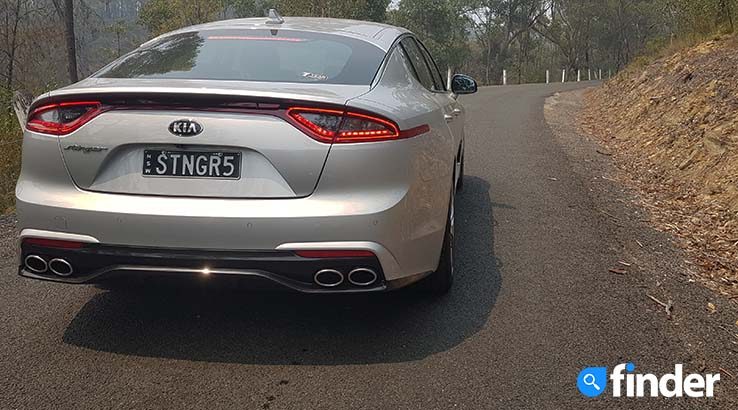 The safety suite that is fitted to all Kia Stingers as standard is fairly good. You get autonomous emergency braking with forward collision warning, rear parking sensors and a camera with dynamic parking guides – handy for those tight car spaces.

o reduce pedestrian injury should the worst happen, in addition to dusk-sensing headlights. Other highlights include:

Under the hatch at the back, you get access to 406 litres of luggage space. Should you fold down the back seats, this will expand to 1,114 litres. Seats do lay flat, but the boot is on the shallow side. If you are carrying bulky objects regularly, take this into consideration.

There are three child seat anchor points across the back row, with two ISOFIX points on the outboard seats.

Some convenient cubby holes mean that you can keep floating items in the cabin to a minimum. There is reasonably sized storage in both front and rear doors as well as drink holders for front and back passengers.

All Kia Stingers are covered by Kia's unlimited kilometre, 7-year warranty. You can see the servicing schedule below. 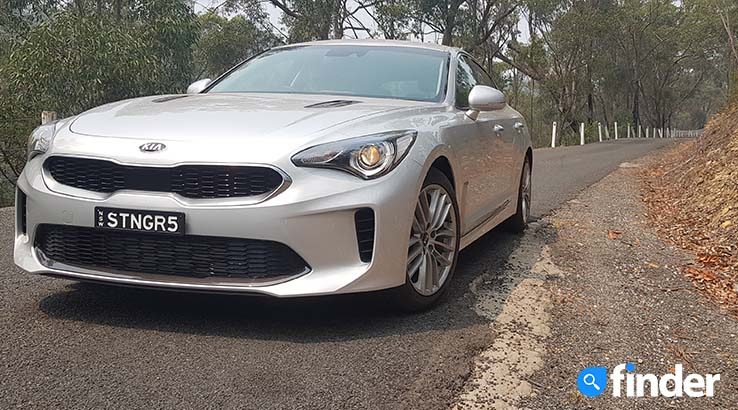 The Kia Stinger 200S is a fine grand tourer. Its engine performs admirably and inside, it is a comfortable set-up, but it shares the same space issues for rear passengers as the GT.