Kellogg shares pop 6% on plans to split into three companies 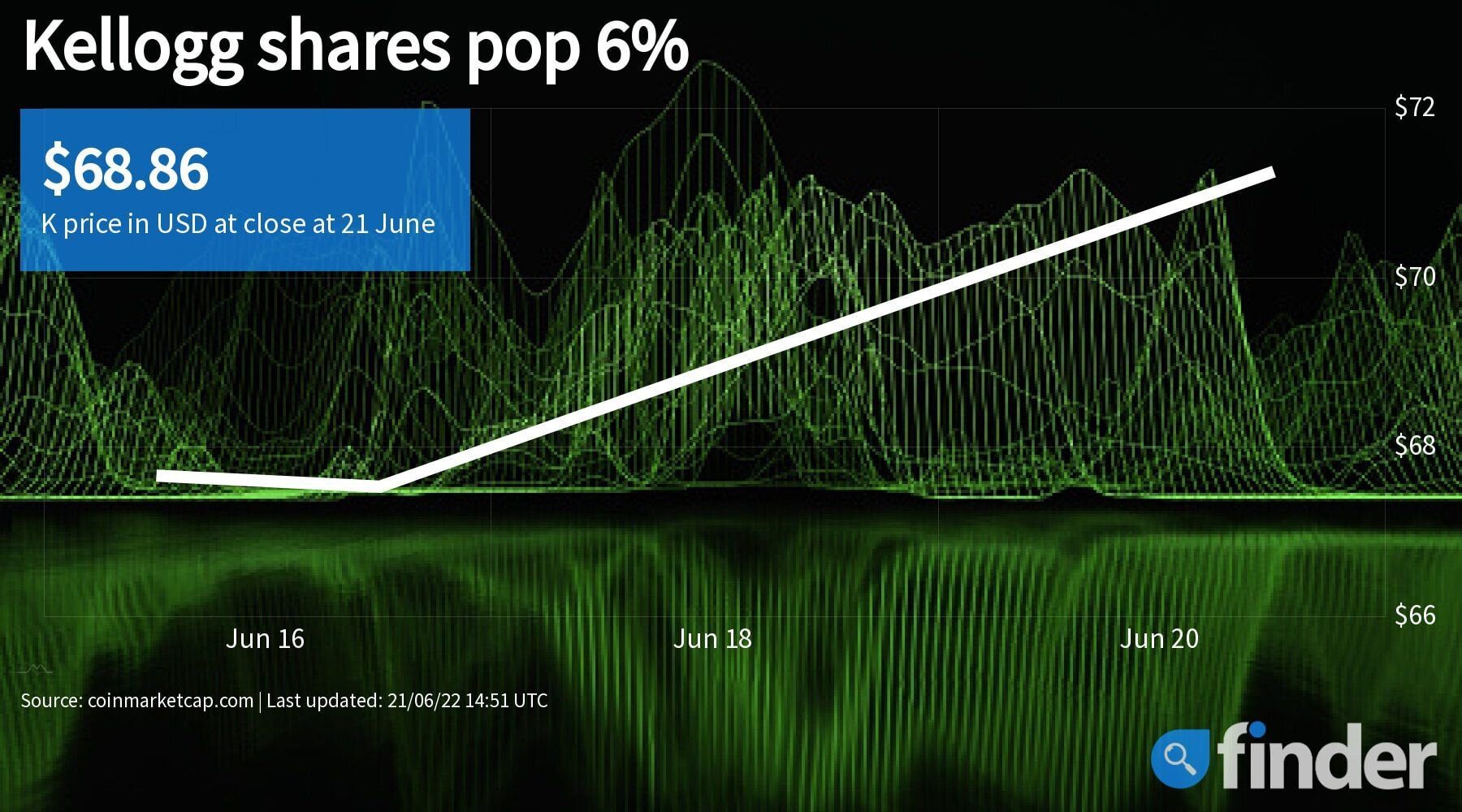 Shares of Kellogg (K) are moving higher Tuesday after the company announced plans to separate into three independent public companies. The spin-off is expected to happen sometime by the end of 2023.

Kellogg stock, a part of the consumer staples sector, has largely held up better than the broader market so far in 2022. The stock is up a little over 8% year to date, while the market as a whole has fallen into bear territory. The spin-off could be one more reason to take a look at it.

Shares jumped as much as 6% Tuesday on the news of the business separation.

"These businesses all have significant standalone potential, and an enhanced focus will enable them to better direct their resources toward their distinct strategic priorities,” said Kellogg chairman and CEO Steve Cahillane in a press release. “In turn, each business is expected to create more value for all stakeholders, and each is well-positioned to build a new era of innovation and growth."

Names for the new companies have yet to be determined, but Kellogg is referring to the three entities as “Global Snacking Co,” “North American Cereal Co” and “Plant Co.”

Its global snacking company will focus on global snacking, international cereal and noodles and North America frozen breakfast, the company said. The segment had estimated 2021 net sales of $11.4 billion and estimated earnings before interest, taxes, depreciation and amortisation (EBITDA) of approximately $2.0 billion on an adjusted basis. Snacks — which includes brands such as Cheez-It, Pringles, Pop-Tarts and RXBAR — was one of the company’s best-performing segments in the first quarter of 2022.

Kellogg said North America will represent just under half of its net sales in this segment, emerging markets about 30% of net sales, and developed international markets more than 20%.

Its cereal company lagged other segments in the first quarter of 2022, following a weeks-long strike and a plant fire in the latter half of 2021 that hit the company’s inventory levels. Kellogg said its new North America cereal company will focus on restoring inventory, profit margins and share position. As a standalone company, Kellogg estimates its cereal company had 2021 net sales of $2.4 billion and estimated EBITDA of approximately $250 million on an adjusted basis.

Centred around its Morningstar Farms brand of plant-based foods, Kellogg’s plant company will be a pure-play, plant-based foods company. It estimates this segment had 2021 net sales of $340 million and EBITDA of approximately $50 million on an adjusted basis. Kellogg said it’s also open to exploring a possible sale of this company.

The business separation will result in three independent public companies.

Kellogg shareholders are expected to receive tax-free distributions of shares for both the new cereal company and plant-based foods company on a pro-rata basis relative to their Kellogg holdings at the record date for each spin-off. The company said it expects to continue paying a dividend across the three businesses.

The spinoffs are expected to take place by the end of 2023, with the cereal company spinoff likely preceding that of the plant-based foods company.

The company said the transactions will follow the satisfaction of customary conditions, including reviews and final approval by Kellogg's board, receipt of an Internal Revenue Service ruling on the tax-free nature of the transactions and completion of appropriate filings with the US Securities and Exchange Commission (SEC), as well as the completion of audited financials of the independent companies.

Investors responded positively to the news Tuesday, giving the stock a nice bump after a week of declines. Shares of Kellogg are up over 8% year to date, while the S&P 500 is down more than 20%.

For a 5-year view of the performance of this stock, see the graph in our dedicated guide to Kellogg stock.

Kellogg is a solid income investment, with an annual dividend yield of 3.44%. The company declared a $0.58 per share dividend for the second quarter of 2022 and said it plans to hike its dividend to $0.59 per share in the third quarter.

Dividend stocks in inflation-resistant sectors like consumer staples can be a great way to offset the negative impacts of inflation. In May, Kellogg reported better-than-expected revenue and earnings for the first quarter, demonstrating its ability to successfully navigate periods of high costs. Revenue grew 2.4% and the company raised its full-year sales guidance, both in the face of rising costs and business disruptions.

The stock currently has a hold rating, but investors looking for a good investment in an inflationary environment might consider it a buy — especially ahead of the spinoff.