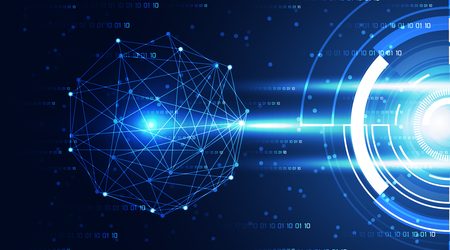 Only about 1% of businesses have implemented blockchain systems in their organisation, and fewer than 1 in 10 are currently in the planning or implementation stage. Overall, 77% of businesses have zero interest in blockchain. This is inconvenient for a technology that depends largely on wide adoption to scale up to its full potential.

Now ConsenSys, in partnership with Amazon Web Services (AWS) has just launched a new solution that aims to boost those numbers and help drive blockchain adoption, announced at Consensus 2018.

The new blockchain-as-a-service software, Kaleido, is now available on Amazon Marketplace as a free trial.

Ethereum for the masses

Kaleido is an Ethereum based platform, designed to greatly simplify and accelerate blockchain adoption from experimentation to implementation.

Its most unique feature is probably its "all in one" style flexibility, that lets organisations choose between the "Quorum" and "Geth" protocol packages, and different consensus algorithms such as RAFT, IBFT and POA.

These options essentially let businesses shift their chosen balance between the three pillars of blockchain systems: security, speed and decentralisation, while unlocking the benefits of Ethereum features like smart contracts that allow for the automation of tasks that previously couldn't be automated.

For example, if every node in the network can be trusted then a business might choose a configuration that twists the dial towards speed, such as Quorum with RAFT consensus, which might be used to automate data sharing between different offices of the same company.

Or if a system calls for communication between systems that cannot necessarily be trusted, such as interoperability between provider and client systems, then one might set up a system that dials back towards decentralisation and security.

Kaleido is also designed to offer functional interoperability between the Kaleido-based networks and the public Ethereum network. For example, by letting users set up "checkpoints" to provide "proof of finality" over certain transactions.

"If blockchain doesn't become dramatically easier to use, then companies will have to walk back their investments and our society will be far too slow in realizing blockchain's significant promise. We designed the Kaleido platform from scratch with new user experiences and tools to radically simplify the entire enterprise journey," said Kaleido founder Steve Cerveny.

"This all-in-one Blockchain Business Cloud changes the economic equation of an enterprise blockchain project. By offering a full solution way beyond do-it-yourself scripts or templates, Kaleido significantly speeds up development and deployment cycles and dramatically lowers operating costs. What Salesforce did for CRMs, Kaleido will do for blockchain."

"We are now entering a new era of simple and inclusive access to blockchain technology that cuts through the hype to advance stronger, more collaborative, business relationships previously out of reach," he said. "Kaleido is the first platform to radically simplify and speed the use of blockchain by companies across all industries. It also represents the first "dual mode" use of Ethereum, enabling private, permissioned Ethereum-based systems to link with public, permissionless Ethereum, in order to achieve an element of trustworthiness that has previously been unobtainable. This may be considered the first major link forged in the internet of blockchains."