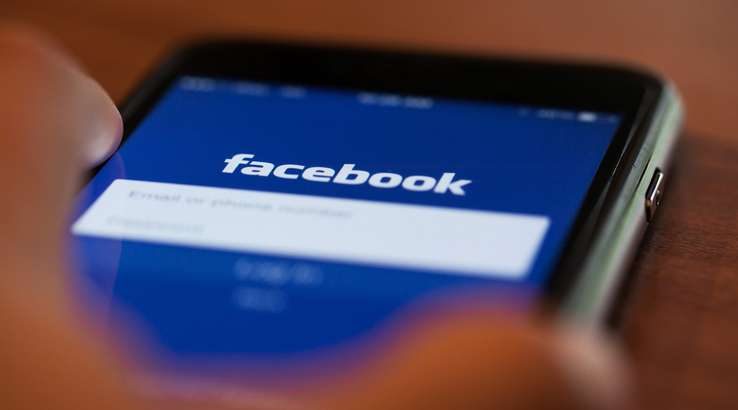 Facebook is getting the heat, but the problem with binary options and crypto ad scams is bigger than that.

Martin Lewis is a UK-based financial blogger and money show TV presenter, and in the last year millions of people have seen his face. Unfortunately, many of them were seeing it on Facebook ads, which took his identity without permission and used it to tout shady financial product like binary options where the odds are stacked against the buyer.

Many of the ads Lewis complains about are the kind of thing most people wouldn't think twice about but probably wouldn't click on either. 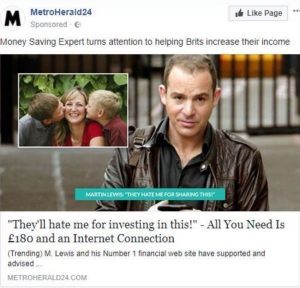 Having the face of a well-known persona like Lewis lends them legitimacy, and in many cases, the ads link out to imitation websites, designed to look similar to arguably legitimate publications like the Mirror or the BBC.

"Enough is enough," Lewis said. "I've been fighting for over a year to stop Facebook letting scammers use my name and face to rip off vulnerable people – yet it continues. I feel sick each time I hear of another victim being conned because of trust they wrongly thought they were placing in me. One lady had over £100,000 taken from her. I don't do adverts. I've told Facebook that. Any ad with my picture or name in is without my permission.

"I've asked it not to publish them, or at least to check their legitimacy with me before publishing. This shouldn't be difficult – after all, it's a leader in face and text recognition. Yet it simply continues to repeatedly publish these adverts and then relies on me to report them, once the damage has been done. Even when they are reported, many have been left up for days or weeks. And finally, when they are taken down the scammers just launch a new, nearly identical campaign very soon afterwards and the whole rigmarole starts again."

"Facebook is not above the law – it cannot hide outside the UK and think that it is untouchable," says Mark Lewis, the lawyer heading up the suit. "Exemplary damages are being sought. This means we will ask the court to ensure they are substantial enough that Facebook can’t simply see paying out damages as just the 'cost of business' and carry on regardless. It needs to be shown that the price of causing misery is very high."

"[Facebook] claims to be a platform not a publisher," Martin Lewis says, "yet this isn't just a post on a web forum, it is being paid to publish, promulgate and promote what are often fraudulent enterprises.

“And of course, on a personal note, as well as the huge amount of time, stress and effort it takes to continually combat these scams, this whole episode has been extremely depressing – to see my reputation besmirched by such a big company, out of an unending greed to keep raking in its ad cash."

It's worth noting that these ads are almost certainly already prohibited under Facebook policies, which don't allow any ads that "promote financial products and services that are frequently associated with misleading or deceptive promotional practices, such as binary options, initial coin offerings, or cryptocurrency."

While introducing the advertising restrictions, Facebook acknowledged that it might not be able to catch all offending ads and described it as an ongoing process rather than something which could be fixed by flipping a switch.

Facebook isn't the only platform having trouble automating its ad-catcher. Twitter has also joined the crypto advertising ban and has also promised to crackdown on cryptocurrency scammers of the "send 1 ETH to get 10 ETH back!" persuasion but has so far been almost entirely unsuccessful in stamping out the scambot army.

It's not clear what the way forwards is or how the lawsuit will pan out, but the problem with scam-vertising is clearly much bigger than Facebook alone.

Google's system seems to work though. Maybe Facebook could ask it for some tips. Other than that, more and better consumer education could probably help cut into scammer profits.