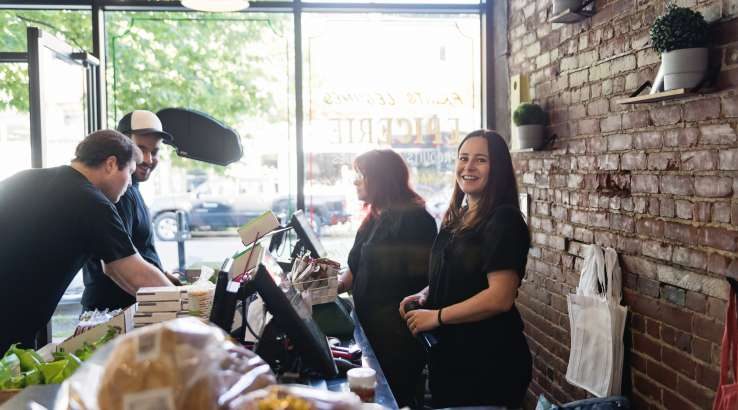 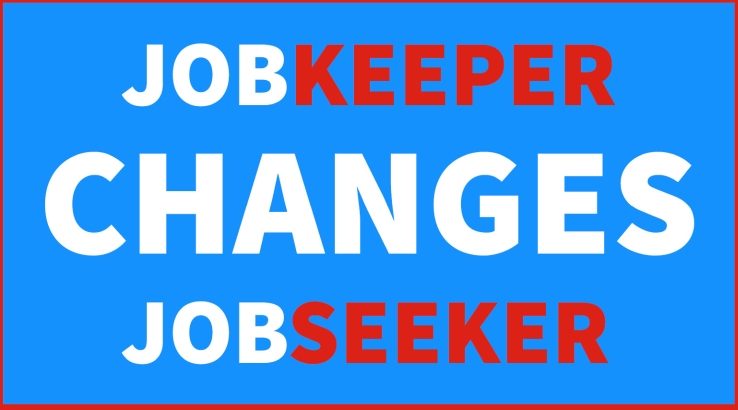 On 21 July 2020, Australian prime minister Scott Morrison announced changes to the JobKeeper and JobSeeker programs. Here is everything you need to know.

The second wave of COVID-19 that has struck Victoria has forced Scott Morrison's government into a rethink of its planned eligibility tightening for JobKeeper.

Barely three weeks ago, as Australia looked to be bouncing back to relatively normality, changes were forecast to the JobKeeper Payment plan. You can find these changes below. However, with strict lockdowns enforced, many businesses that were rebounding from the first wave have since seen their economic prospects plummet.

As such, businesses will only have to show a turnover reduction of 30% (businesses turning over less than one million/year) or 50% (businesses turning over more than one million/year) for a quarter. So, that would be Q3 2020 compared to Q3 2019. In the previously announced changes to JobKeeper, eligibility had required a turnover comparison whereby Q2 and Q3 were combined. Then in 2021, businesses would need to show a combined Q2, Q3 and Q4 turnover reduction.

In addition, JobKeeper can now be paid to employees hired as recently as 1 July 2020, where previously they needed to be hired prior to 1 March 2020.

Despite being a result of Victorian circumstances, these JobKeeper changes will apply to the whole nation. It's expected to add $15 billion to the overall cost of JobKeeper to the country, pushing the total bill over $100 billion.

It's been an anxious wait for many Australian businesses and households. Would JobKeeper end early? Will the Coronavirus Supplement be taken from JobSeeker? Well, now we know. Australian prime minister, Scott Morrison, has finally detailed the future for the JobKeeper and JobSeeker programs.

Both programs were first introduced in March 2020 as the first wave of the coronavirus pandemic washed over Australia. With the entire country in various states of lockdown and isolation strategies in effect, these programs represented a two-pronged approach to keeping the economy afloat.

With JobKeeper, businesses were encouraged to retain their staff despite a loss in revenue. And in JobSeeker, the government widened its arms so it could accept more people into an expanded dole. We won't go into detail here about the eligibility criteria and specifics of both programs; we have huge guides to JobKeeper and JobSeeker already available.

Let's focus on what has changed. The initial plan was for these programs to end on 30 September 2020. But with a second wave of coronavirus keeping the economy in a state of trepidation, the government has outlined a new JobKeeper and JobSeeker strategy that extends well into the future.

The $70 million-dollar JobKeeper program has been effective. Some 3.5 million workers across the country are currently having their wages subsidised by JobKeeper, helping 950,000 businesses ride out significant dips in their revenue. However, a review of the program showed that its black and white approach needed to be optimised.

Indeed, a quarter of JobKeeper recipients were earning more post COVID-19 than they were beforehand. Some companies claiming JobKeeper were no longer eligible. And there were concerns that JobKeeper, if kept at its full amount, would prevent businesses from pivoting, reskilling or otherwise actively working out solutions to produce a better income stream.

That said, the government was aware that business owners needed to know that there was a support strategy in place for them well into the future. So, what's changed with JobKeeper?

JobKeeper will now continue through to 28 March 2020. While that is good news, employers will be weaned off the program. The subsidy provided per employee will drop on 1 October 2020 and again on 1 January 2020. And it will drop differently depending on the number of hours that eligible employees work in any given week.

The below table details the specifics of the JobKeeper changes.

In addition, businesses will need to show at the start of each quarter they remain eligible. Namely, that they continued to show a loss of over 30% in the post-coronavirus economy. Full eligibility criteria can be read on our hub page.

For those who were unable to retain their jobs during COVID-19, there is JobSeeker. JobSeeker was not a new program, but was instead the freshly branded Newstart program – also known as The Dole. This was in place before the coronavirus pandemic and is controlled by Centrelink.

When COVID-19 struck, the government loosened the eligibility criteria and means testing so more people could be welcomed into JobSeeker. It also topped up the standard Centrelink JobSeeker payments with a Coronavirus Supplement. This additional $550/fortnight was added onto the existing payment.

The details of the base payments and the eligibility criteria is detailed on our hub page. Perhaps the key thing to note is that under the current Centrelink scheme, as soon as someone on JobSeeker earns more than $106/fortnight, the benefits they receive begin diminishing.

As part of the changes announced by Scott Morrison, the Coronavirus Supplement will continue after 30 September 2020. It will run through until at least 31 December 2020, at which time it will be revisited to see whether it should continue in some form through to 2021.

However, the Coronavirus Supplement will be reduced from a $550/fortnight bonus to a $250/fortnight bonus from 1 October onwards. To counter this, the minimum earning threshold before your benefit is impacted has been increased from $106/fortnight to $300/fortnight.

In addition, the eligibility criteria has tightened and the mutual obligation expectations have been reinstated. From as early as 4 August, JobSeeker beneficiaries will need to apply for four jobs per month. This will be increased in October, although a number wasn't revealed alongside the announcement. Penalties for not taking a job or hitting the application requirements will also be put back in place by Centrelink.

Elsewhere, the assets test will be reintroduced, and the partner income test will be increased, both of which puts a squeeze on eligibility.

The intent of the government is clear here. It's time to get people actively employed again by slowly reducing the benefit and forcing a more aggressive approach to employment. This dual tactic of reducing JobKeeper while limiting JobSeeker will hopefully see the two meet in the middle in 2021 with an economy on the track to recovery.

What can you do if JobSeeker or JobKeeper isn't enough?

It's a scary time for many Australians and for those of you heavily reliant on one of these programs for your daily survival, you could be considering a hit of the panic button. But don't worry, there other options available to you. We've got guides aplenty on our master coronavirus hub page for both individuals and small businesses. Here are some that might be particularly useful:

How to lower your bills and save money

If you haven't already, it could be time to consider tightening the belt. For example, you could take a look at our guide to saving as much as $700 a month by making some simple changes. Or if you are living off savings at the moment, it's a good idea to find the best high-interest savings account on the market.

You can also use the free Finder app to track all your spending in one place. It's a great way to work out where you are leaking money and where you can compare and save. On the latter, our research has shown that thousands of dollars can be saved every year by households that shop around and get a full picture of the market. Even just switching energy suppliers puts $476 back in the pocket of the average Aussie.

How to choose the perfect mattress for you

SPONSORED: These are the 10 questions you…