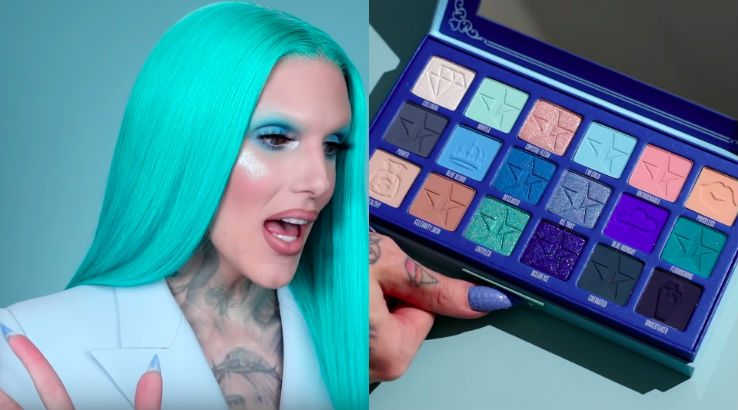 The full Blue Blood collection has finally been revealed and boy oh boy it's so cool it hurts.

It's been a fair amount of time since we saw an entire collection from Jeffree Star. Normally the beauty blogger pumps these out like there's no tomorrow but the last one was actually the Christmas collection and that just feels like forever ago.

We knew a Blood Sugar round two palette and collection was coming after the success of the first on Valentine's Day, and yesterday we had a sneak peek of the packaging that sent fans absolutely insane.

However, now Jeffree has revealed the entire collection and, brace yourselves, it's heavenly.

So what's in the collection?

First and foremost, let's start with the Blue Blood palette. This bad boy has an array of cool toned blues and greens with some nude shades in there to mix things up a bit. The packaging was inspired by a coffin and jewellery box because it's Jeffree and he is the best kind of extra.

This palette has the same layout as the original Blood Sugar palette with 18 gorgeous shades to start creating fierce looks with. The palette includes matte shades, glitter shades and shimmer shades. The pan sizes are the same as past collections which means you're still getting heaps of product. 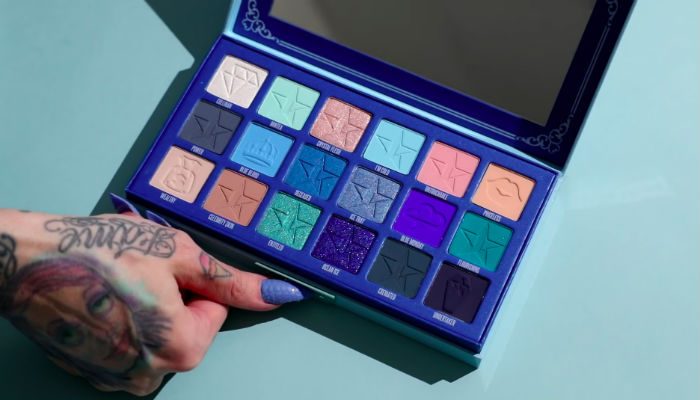 "I am so proud of this palette. I wanted to create something that wasn't really on the market before," stated Jeffree during his Youtube video.

Something Jeffree has never included in a collection before is a Mini Liquid Lipstick bundle and we most definitely were not expecting this. It's a collection of eight mini Velour liquid lipsticks that are mostly blue shades with a couple of standouts here and there. 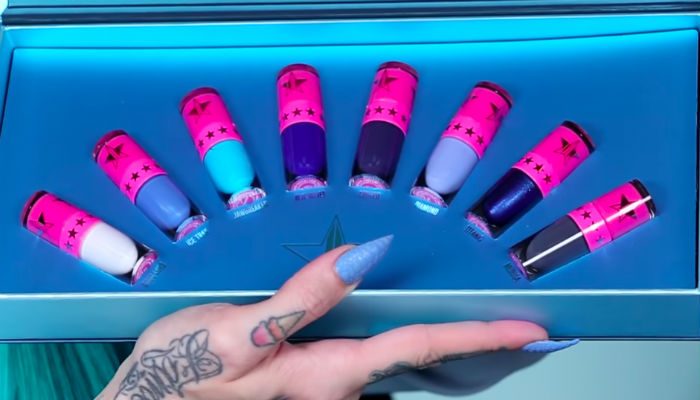 The Mini Lip bundle joins the club of the already existing shade collections of the red bundle, nude bundle and nude 2.0 bundle.

Last year Jeffree Star launched his liquid highlighters and they were obviously a hit. This collection sees five new shades in a fun new blue packaging that we're living for.

The shades include Frostitute (a baby teal blue), Michigan Ice (a silver baby blue), Blue Balls (a deeper icy blue), Expensive (a gold with blue glitter) and Ice Cream Bling (a peachy gold). Jeffree expressed his excitement while swatching the products saying that he "cannot wait to see everyone dripping in frost". 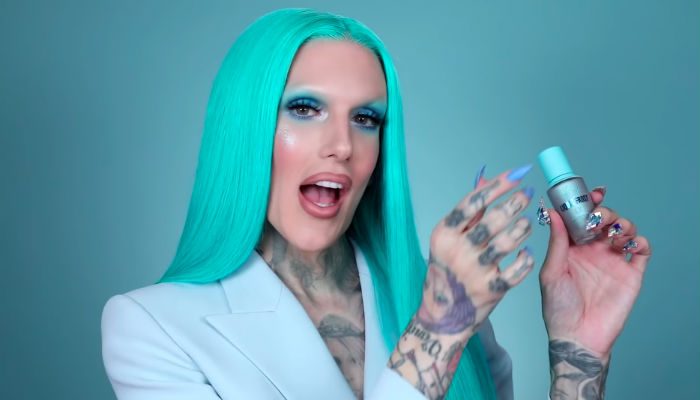 It really isn't a Jeffree Star collection without some new lip scrub flavours. There are three new flavours to choose from and these are honestly one of our favourite ranges.

Blue Freeze flavour is inspired by blue slurpees from the movie theatre. Vanilla Mint is the second flavour which Jeffree calls a "safer flavour". The last flavour is Blueberry Pie, a deep blue colour, and to be honest, just makes me hungry. 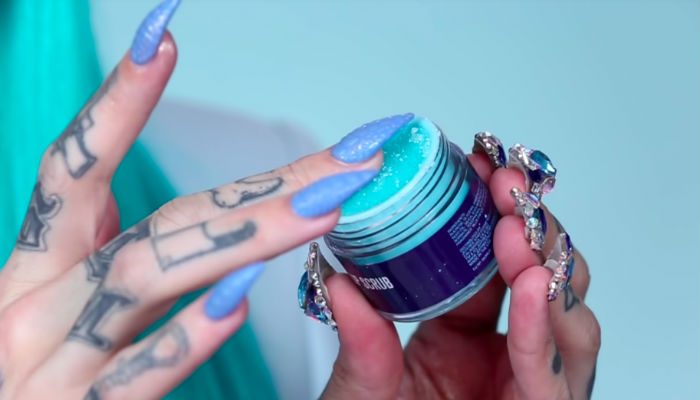 There is also some new merch to accompany the makeup of the Blue Blood collection. There is, of course, a deep metallic blue star mirror accompanied by a matte baby blue and matte royal blue makeup cosmetics cases. Also, something we've again never seen in a collection before is actual clothing. Well, Jeffree is raising the bar and launched baby blue tracksuit pants and a jacket to match. 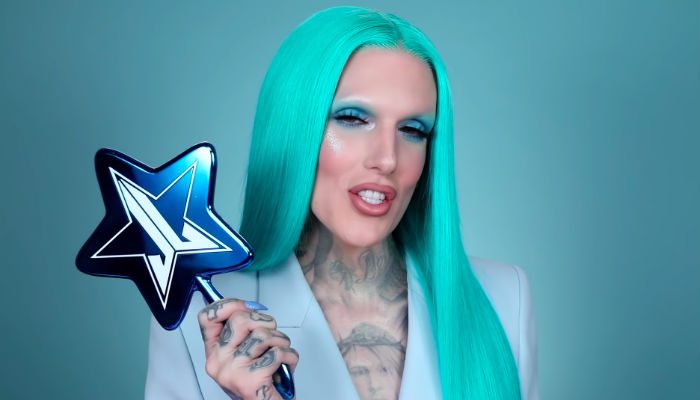 When and where can you buy the Blue Blood collection?

This collection will officially launch on 29 March 2019. It's literally coming this month so mark your calendars and grab your wallets because we're sure this will be a sell-out.

If you're in Australia, you can purchase Jeffree Star Cosmetics directly from the website or from an official stockist including Princess Polly, Showpo and BEAUTY BAY.