Where to buy
Buy at JBL

The JBL Quantum 610 Wireless headphones aren't quite JBL's premium gaming headphones – that plaudit sits with its 800 series models. But they're a step above the Quantum 350 headphones I've reviewed concurrently alongside the 610, both in price and features.

Mid-range models often struggle to stand out, but the JBL Quantum 610 headphones do a good job of justifying their higher price point with better connectivity, a broader soundscape and a more comfortable fit. The balance against that is that their battery life isn't quite as impressive, so you may need to recharge them more frequently if you're an active gamer who never sleeps.

JBL Quantum 610 Wireless design: Do you like having glowing ears? 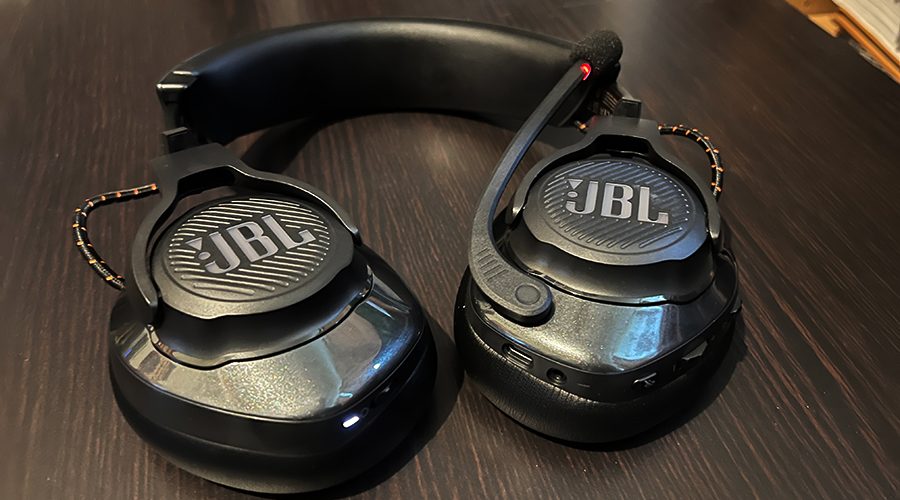 The Quantum range is where JBL sits its gaming headsets relative to other audio pursuits, and the JBL Quantum 610 makes this rather explicit. Out of the box and without powering on, they might look like any other set of gaming headphones with a fold-down microphone on the left-hand side.

Power them up, and the JBL logos on each cup light up, RGB style in a pattern of your choosing. Your tastes may vary on this one.

On the one hand, it's nice to be able to customise the logo to a colour and style of your choosing. On the other hand, you're stuck with just a JBL logo, so you're basically acting as a neon billboard for the company. Thankfully, you can disable RGB entirely if you don't like it – or, if like me, you'd rather have a little more battery life instead. 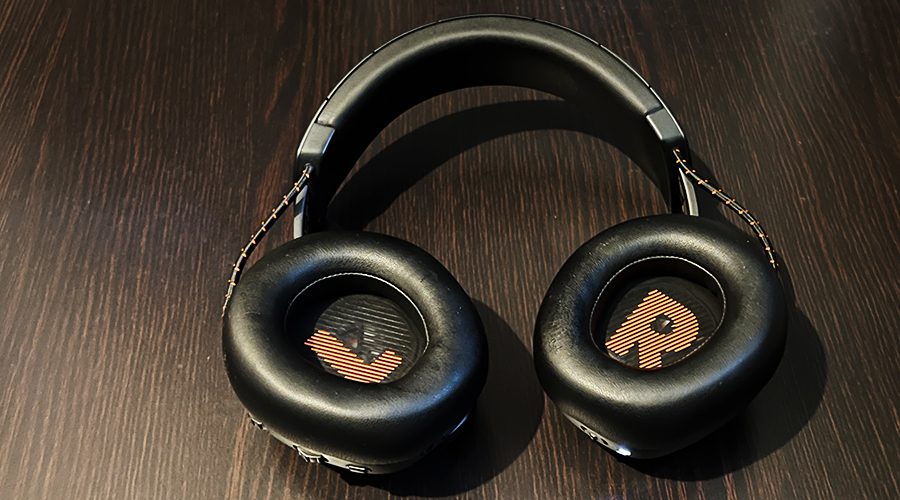 The design of the JBL Quantum 610 is a step above the JBL Quantum 350, as you might expect, with additional padding in the headband and softer feel cups. That's good if you're planning on a longer gaming session, although it does bring with it the prospect of sweatier gaming sessions in the summer months since it traps heat a little more effectively.

Controls are simple, with a volume wheel and mute button on the left cup and a power switch on the right. The JBL Quantum 610's microphone is a fold-down model, and it's not removable if that's important to you. 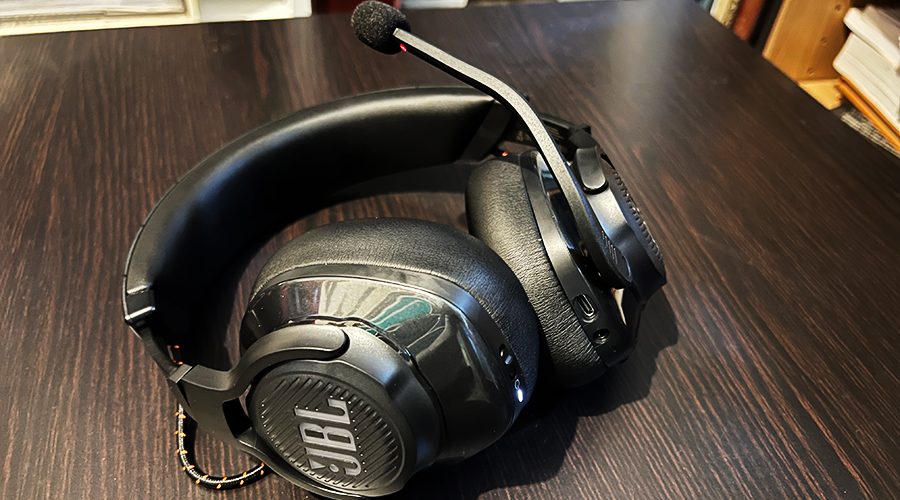 The JBL Quantum 610 Wireless headphones are built around a pair of 50mm drivers, with options for stereo connecting to anything that isn't a PC, or JBL's Quantum Surround Sound or DTS Headphone X 2.0 if you're a PC gamer.

It's worth noting just how wide you can take the JBL Quantum 610 Wireless's audio in terms of connected devices. Via its USB dongle, I was able to hook up the headphones to everything from a Mac to a PS5 to a Switch to an iPad Pro to a Pixel 6 Pro without any notable issue at all.

You don't get the fancier sound modes that way, but if you are travelling somewhere to game, it's a great way to only have to pack one set of headphones for listening or video watching on the go. The one platform that isn't supported that way is Microsoft's Xbox, but that's down to Microsoft's policies around headphones specifically built for Xbox gaming. 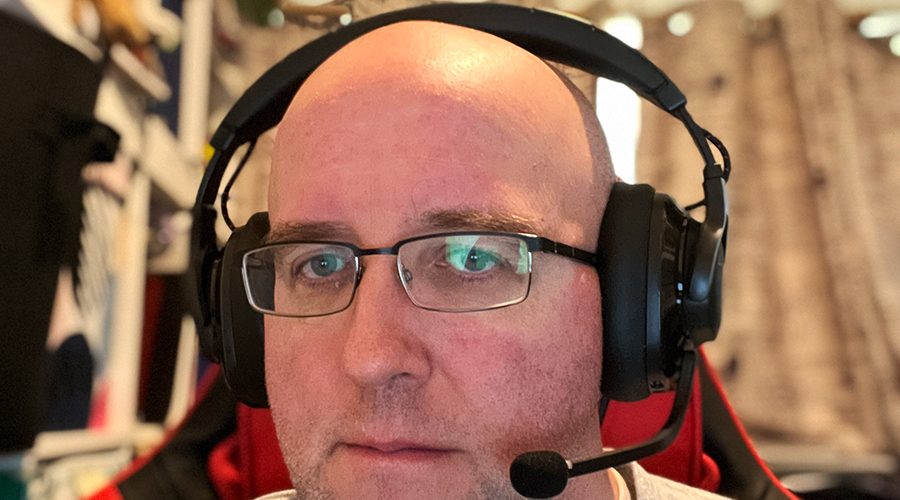 Via 3.5mm, I could take it even wider, going to the extreme of digging out an old 3.5mm-to-Lightning adaptor to hook up to an iPhone 13 Pro without issue.

It's from here that you can pick between the standard stereo that you get everywhere else, DTS Headphone X 2.0 or JBL's own QuantumSURROUND spatial audio technology.

As with the JBL Quantum 350 Wireless headphones, the effects of this in-game can vary quite a bit. Both JBL's and DTS's solutions are software based to create their virtual surround effects, and they don't always pop the way that true surround sound arguably should.

The nice factor here is that you can (and should) tweak to your preferences to get a mix that sounds good to you. That might sound obvious, but it took me a while to sort out which styles suited my range of games the best without sounding hollow. It's still software fakery, and if you are particular about this kind of thing, you'd do much better out of a real 7.1 gaming speaker set-up. 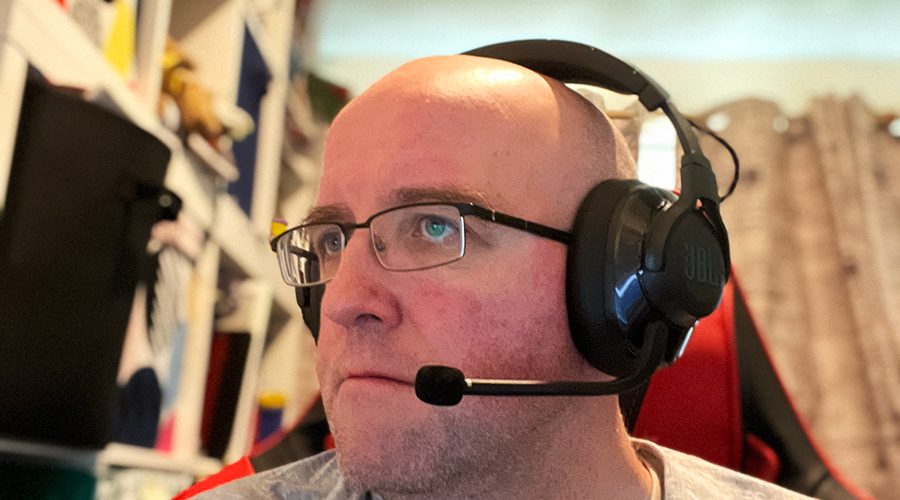 I can't game all the time – if for no other reason than the fact that pesky "work" and "reality" get in the way. So I tested the JBL Quantum 610 Wireless across a range of other audio uses, including a few Netflix binges and daily music listening as well.

The default flat profile for the JBL Quantum 610 Wireless delivers a mostly bass-heavy mix, which should suit most gaming needs quite well. JBL does provide a range of presets for different gaming modes, but the speakers themselves tend to retain that bass punch in most cases. There's no onboard noise cancellation, although the softer cups of the JBL Quantum 610 Wireless did give me more of a sense of isolation than on the cheaper JBL Quantum 350 Wireless headphones.

The fold-down microphone is functional for gaming purposes and… that's about it. If you're busy screaming commands at your team (or bemoaning how the computer AI cheats, because of course it does) then you're going to be fine, but anyone looking for a more pro-grade streaming experience should probably look for a USB microphone instead. 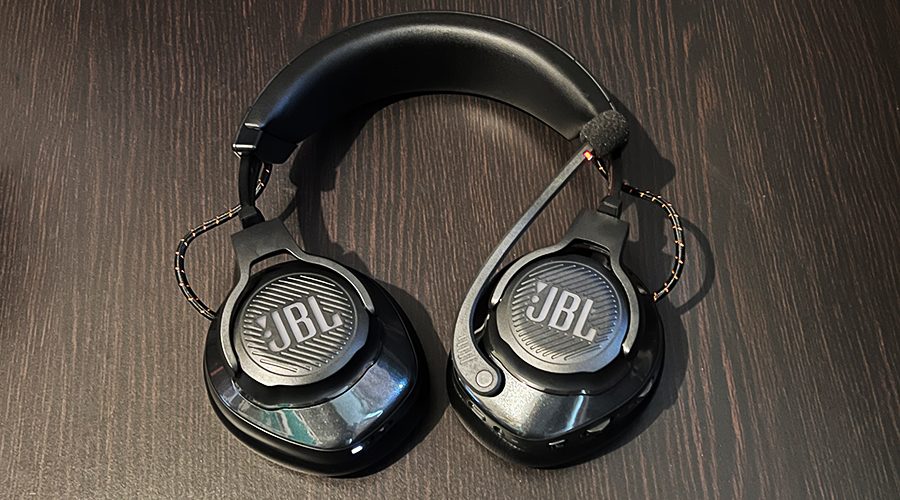 On the battery front, the JBL Quantum 610 Wireless is rated for up to 40 hours of usage, although JBL is being rather sneaky here. You'd probably think that a rated battery life for a headset would be in vital gaming combat.

It's not, however, because that's the rated battery life for music playback with RGB lighting disabled. I've not hit particular issues with battery life over my review period, although if you are considering a 40-hour gaming marathon, make sure to have plenty of coffee on standby.

Testing the JBL Quantum 610 Wireless and JBL Quantum 350 Wireless head to head, it's pretty easy to see where your extra money goes. The 610 headphones have better audio, a lot more flexibility when it comes to connectivity and a more comfortable fit. 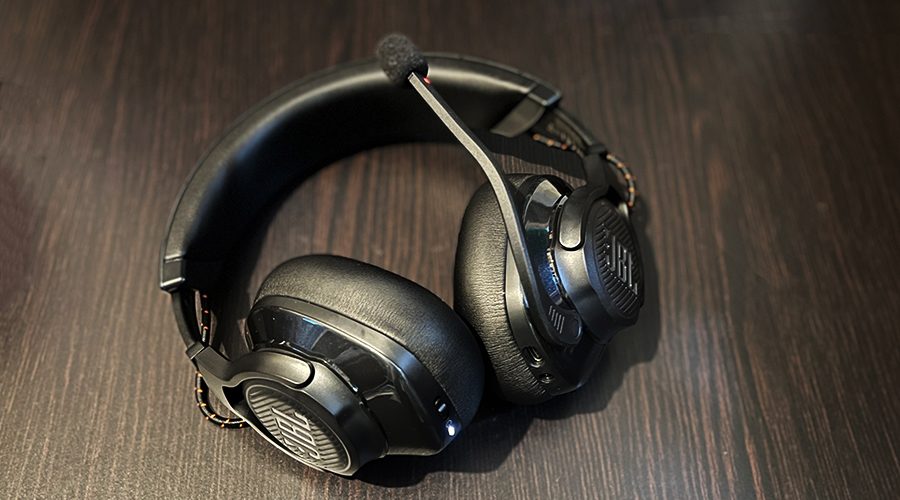 The JBL Quantum 610 Wireless headphones retail in Australia for $229.95 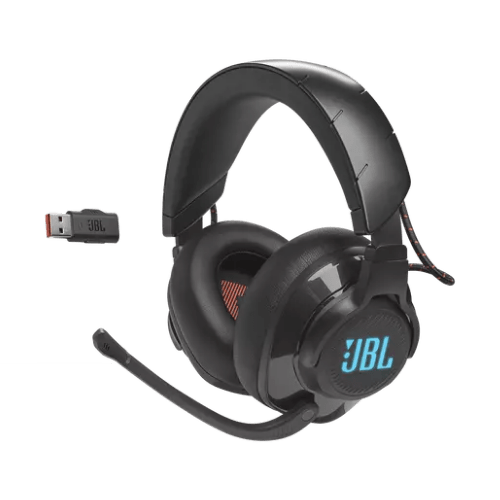