The Jaybird Tarah Pro headphones are a quality set of sports headphones with a long battery life, but also some comfort issues.

Quick Verdict: The Tarah Pro are great sports headphones for those who need long battery life.

The Tarah Pro is a wireless sports headset suited to outdoor runners and adventurers who want longer battery life. It sits just under Jaybird's flagship Run XT true wireless headset, but above the more casual X4 and Tarah headsets.

According to Jaybird, this headset has been inspired by ultra runners and other adventurers, evident in its tougher construction materials and impressive 14-hour battery life. 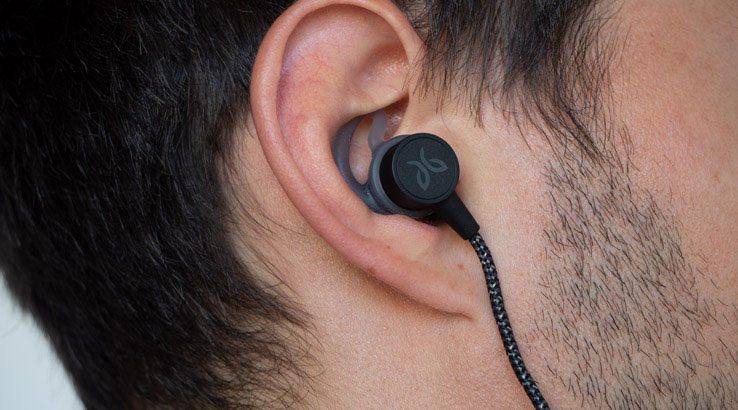 The Tarah Pro keeps with the current crop of sports headphone design standards and keeps it clean and simple. There are two colour choices at the time of writing: black with gold accents and blue jade. The headset looks great and the braided cable adds character to an otherwise typical aesthetic.

The contents of the box are simple but well presented, and there's a number of extra ear gels in different sizes, a charging cable, a shirt clip and a carry pouch.

The carry pouch is the biggest letdown in the box. It looks great but doesn't really deliver on the extreme durability Jaybird has aimed for with the headset itself. Other headsets, especially true wireless ones, will usually give you a hard carry case. This is very useful if you leave your headphones in a dirty gym bag where it can get crushed by wayward drink bottles or shoes.

The cinch clip is an ingenious addition, allowing you to easily tighten the headset when running or working out to stop the cable getting in the way.

Another notable design feature of the Tarah Pro is the magnetic caps on each headphone. This is useful if you want to take your headphones out of your ears but keep the headset firmly on your neck, and is particularly useful when running.

The Tarah Pro can be worn over or under your ear depending on the activity you're doing. Jaybird recommends using the over ear set-up for runs or other high movement activities, and the under ear set-up for everything else.

In reality I was using the over-ear set-up for everything but walking, as I found the cable got caught on barbells and even clothing when doing simple activities like stretching.

The problem with using the over ear set-up is that the remote is effectively sandwiched between the top of your ear and your head. It's not the best way this could be executed but it's an admittedly minor problem.

The included charging cable and connection is well designed. The charging cable is a USB-A connector with a small magnetic cradle which attaches to the headset. I found charging to be quick and easy with this magnetic set-up. 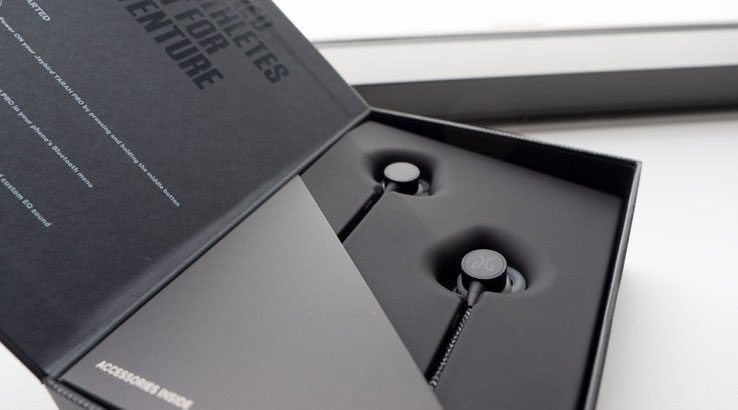 Getting the Jaybird Tarah Pros ready for use was a quick affair and involved installing the Jaybird app on my phone and pairing it. The whole process was made easier with the included instructions, images and video. The app even gives you the ability to take a side selfie while wearing the headset so you can compare it to the official pictures, which is useful. 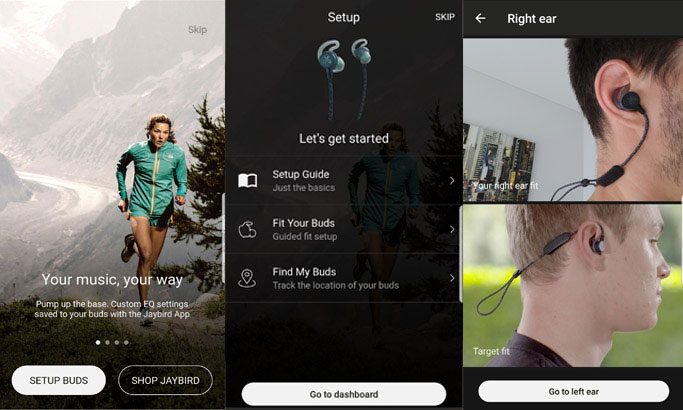 The app also includes a "find my buds" feature, which works well but lacks the sound ping feature some other sports headsets like the Jabra Elite Sport Pro include.

The other standout feature for the Tarah Pro headset is the ability to set equaliser presets in the app. This is great for tailoring the headset to the tracks you're playing. I primarily listen to podcasts while working out, so I downloaded a podcast preset and it boosted the vocals, making them sound louder and clearer in noisy environments.

The included playlist function in the app is a bit less useful. It requires a Spotify account to set up and doesn't give any huge advantages to using Spotify directly. 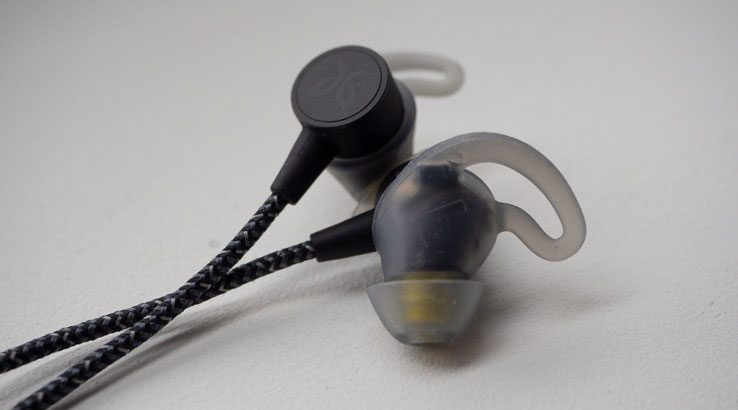 When you turn on the Tarah Pro headphones you're greeted with a useful readout of your battery level. There's also a chime which plays when turning the headset on and off. Unfortunately the chime is very soft so I often had to double check I had actually turned the headset off.

I enjoyed listening to podcasts and music using the Tarah Pro while working out. The sound was clear and loud enough to be heard in a gym over voices and music, and the presets mentioned above helped me get the most out of the headset.

I was only able to get about 12 hours from this headset, which is a couple of hours shy of the 14 claimed by Jaybird.

It's disappointing but still commendable for a headset which doesn't have a charging case like the Jabra Elite Sports.

Another downside with the Tarah Pro was the fit and comfort. Most sports headphones give me no problems in this department, but the Jaybird Tarah Pros didn't feel especially comfortable or tight during my time testing them.

At times during a run I would need to push the headset back in as it felt like the earbuds were falling out. Moving to the larger size earbuds didn't help either and was even a little bit painful. Overall this wasn't a dealbreaker as I found that the headphones were comfortable and tight enough most of the time.

A great feature of this headset is the quality of the Bluetooth connection. My current go-to sports headphones are the Jabra Elite Sports and these cut out much more than the Tarah Pro. I can recommend this headset for city runs or workouts in places which might give more interference than normal.

The main selling point of this headset in addition to the lengthy battery life is the durability. The Tarah Pro is IPX7 sweat and water proof, and features braided cables and hard plastics to make for a solid feeling headset. As mentioned above, this unfortunately doesn't extend to the carry pouch, but overall this headset feels like it would stand up to a lot of punishment. 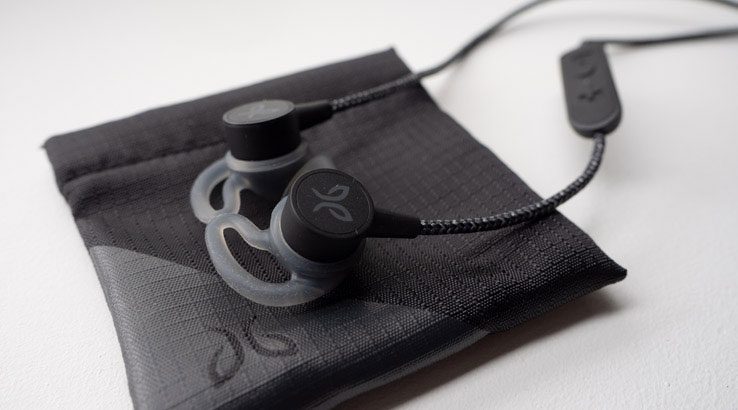 The Jaybird Tarah Pro headphones are definitely not cheap, coming in at $249 at the time of writing. The lengthy battery life and durability are the main justifiers for this price according to Jaybird, and the claimed 14-hour battery life with one charge is impressive and will be worth the price to those doing long runs.

For the price it would be nice to see an improved case and maybe a heart rate monitor, but on the whole I would recommend this headset to those looking for wireless sports headphones with a decent battery.

If you're just looking for headphones which will be great for working out at the gym you can find cheaper alternatives with smaller batteries, including Jaybird's own Tarah headphones.