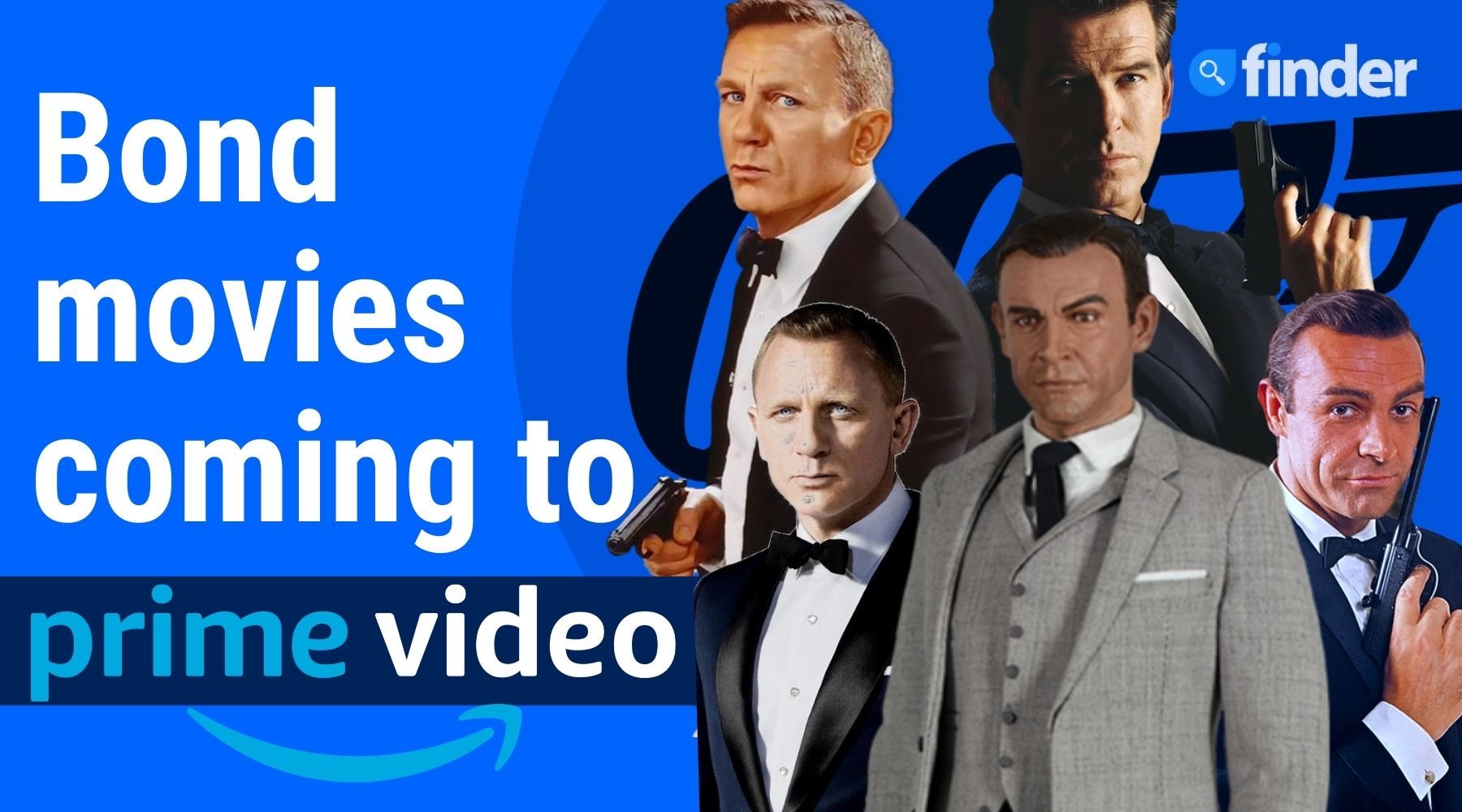 The latest James Bond movie will be available to stream on Prime Video in May.

Created by novelist Ian Fleming in the early 50s, James Bond has been a cinematic staple ever since the first film featuring the dashing British secret agent hit the big screen in 1962. There have been 27 Bond films in total, with several actors portraying the larger-than-life fictional character: Sean Connery, David Niven, George Lazenby, Roger Moore, Timothy Dalton, Pierce Brosnan and most recently Daniel Craig.

For completists, the latest entry in the series, No Time to Die, is now coming to streaming in Australia. No Time to Die premiered in cinemas last year after it was plague by pandemic-related delays. A critical and commercial success, it was received enthusiastically by fans worldwide and won an Oscar for Best Original Song. It will be available exclusively on Prime Video starting 11 May.

Not only that, but (almost) all Bond films will be available to stream on Prime Video this month. Given the platform's affordable price and long free trial period, there's never been a better time to indulge. Here are a few things you might like to know to prepare for your epic binge.

When are the James Bond movies coming to Prime Video?

No Time to Die debuts on the streaming service on Wednesday 11 May.

The rest of the Bond movies drop on Prime Video on the same date. Here's the full list of Bond movies that will stream on the platform:

A View to a Kill (1985) is the only one missing from the list of the 25 movies made by Eon Productions. Additionally, it looks like Prime Video won't offer the 2 Bond movies produced by different companies – namely Casino Royale (1967) and Never Say Never Again (1983). These titles could be added at a later date, but they don't appear on Prime Video's list of new releases for May at the time of writing.

Why are the James Bond movies coming to Prime Video?

Amazon recently purchased MGM, the nearly century-old studio whose catalogue features the Bond films along with other franchise favourites such as Rocky and Legally Blonde. The MGM library includes 4,000 film titles and 17,000 TV episodes, so there's a good chance you'll see some on Prime Video in the near future.

The acquisition was announced in 2021 and closed earlier this year, making Prime Video even richer in quality content. However, licensing deals are complicated, so there's a chance you'll see MGM titles on other platforms too for now. Which brings us too…

Can I stream the James Bond movies anywhere else in Australia?

Yes, you can watch all the Bond movies on Stan – with the exception of No Time to Die.

Stan has a long-standing partnership with MGM. That deal has been extended in February 2022, so it's unlikely that the Bond films will leave Stan in the near future. Stan streams A View to a Kill, Casino Royale (1967) and Never Say Never Again too.

In order to watch No Time to Die, you'll need a Prime Video subscription. The most recent entry in the Bond series will be exclusive to Amazon for now. According to an official release, it will only arrive on Stan in 2023. There's a good chance Amazon might stream popular MGM blockbusters first, with them making their way to Stan eventually.

"As part of the newly extended partnership, the famed James Bond franchise is now available to stream on Stan – with the most recent film, No Time to Die, starring Daniel Craig in his final performance as Bond, coming to the platform in 2023," read the statement from Stan.

How do I get Prime Video?

While Stan plans start at $10 a month, Prime Video is free with an Amazon Prime subscription, which costs only $6.99 a month. Plus, you get other perks including free shipping for select items, access to exclusive deals, free reading and free music.