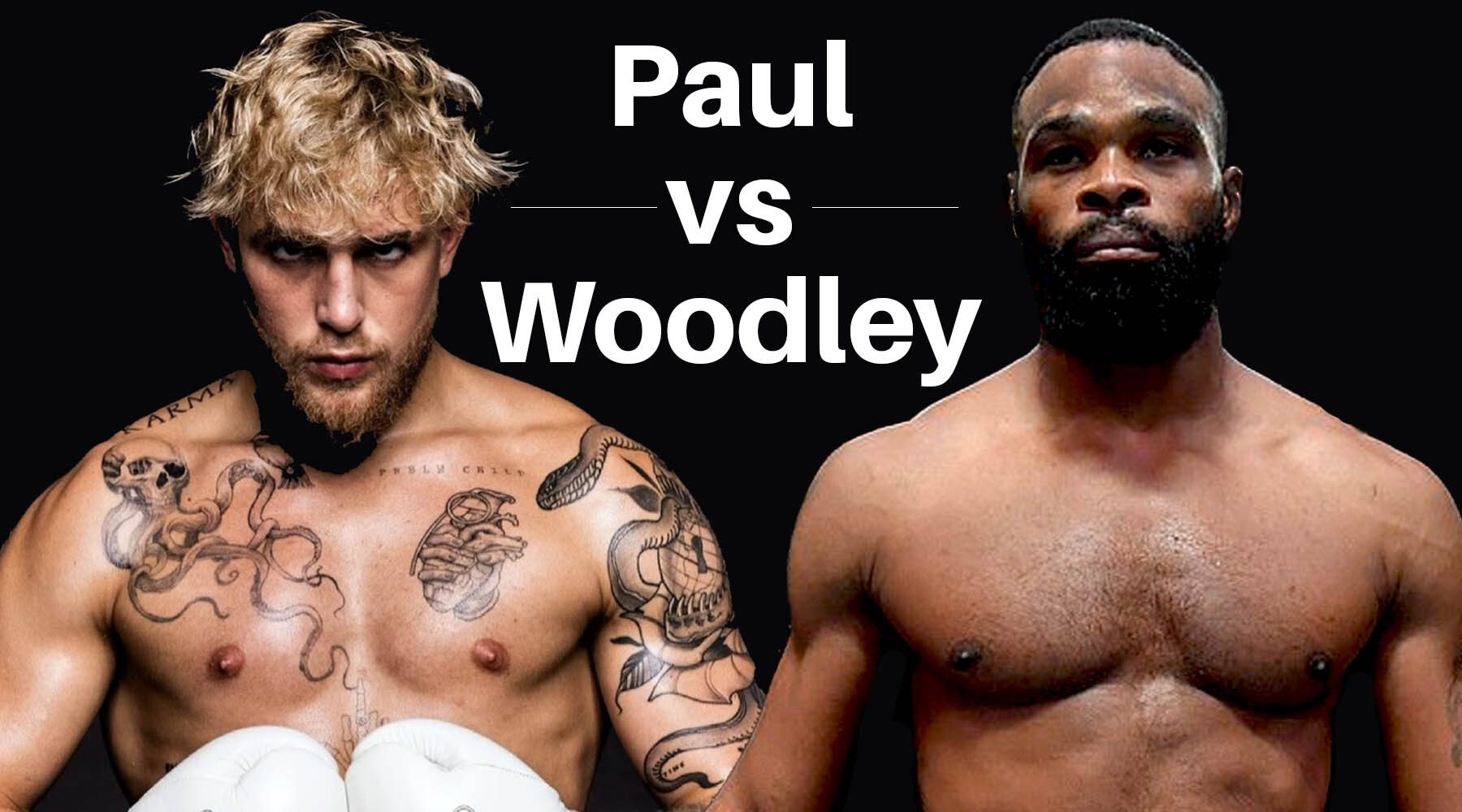 YouTuber-turned-boxer Jake Paul is set to step back into the ring to face another former UFC welterweight champion this Monday.

It's happening again. Next week, YouTube sensation Jake Paul will box a former wrestler in front of a huge global audience of fans and haters. Paul's opponent this time out (this is his fourth fight) is former UFC welterweight champion Tyron Woodley, who, like Paul, is an American.

Woodley is the second consecutive former UFC fighter Paul will face, after he knocked out Ben Askren in the first round of their bout in April. Askren tweeted the words "sorry world" after the bout, we can only assume for taking part in the thing in the first place. Paul called the win "the craziest time of my life".

When does Jake Paul vs Tyron Woodley start?

The card is due to start at 10am AEST on Monday 30 August in Paul's hometown of Cleveland, Ohio. It is being held at the Rocket Mortgage FieldHouse, home to NBA team the Cleveland Cavaliers.

How to watch Jake Paul vs Tyron Woodley live in Australia

Main Event is showing this clash on pay-per-view in Australia. You can access it through Foxtel or you can also sign up through Kayo Sports. It will set you back $29.95 this way.

You can also watch it through streaming site FITE.TV. Choosing the FITE.TV option will cost a tick over $30 on current exchange rates.

Who is Jake Paul?

The younger Paul has 20.4 million subscribers to his YouTube channel. His most-watched video on the platform, a song about how wonderful he is, has garnered 285.3 million views. Another of his videos, in which he and a group of his friends took turns making out with a girl to find out who the girl thought was the best kisser, has been viewed almost 59 million times. Ah, the Internet.

Controversy and run-ins with the law have followed Paul throughout his celebrity. They range from a string of prankster type behaviours to serious sexual assault allegations made against him by a female TikTok celebrity. Paul denies the allegations.

Paul has had 3 fights so far, winning them all.

“If I had a dollar for every time someone said ‘you have to knock this kid out’ I think I would surpass Elon Musk” - @TWooodley on fighting @JakePaul#AgainstAllOdds @TheCousinSal @TheBrotherBri @TheChalkTalker @AAOHarry pic.twitter.com/DJUfeymvCK

Who is Tyron Woodley?

Tyron Woodley is a 39-year-old American mixed martial artist who runs with the nickname "The Chosen One". He held the UFC welterweight belt between 2016 and 2019, defending the title 4 times before losing it.

Woodley retired from the Octagon earlier this year with a record of 19 wins, 7 losses and 1 draw. He lost his last 4 bouts.

Hailing from Ferguson, Missouri, Woodley is the eleventh of 13 children. He also lists himself as an actor, podcaster, stuntman and media analyst and studied agricultural economics at the University of Missouri.

A former training mate of Askren, Woodley says he is fighting Paul to, you know, restore faith in the sport. They all say that. This is Woodley's first professional boxing match.

How much money will Jake Paul and Tyson Woodley make?

Reports claim Paul is guaranteed a US$1 million purse and Woodley $500,000 for the fight, with the pair splitting the spoils of Pay Per View bonus 50/50. That should leave Paul cashing a cheque of $2 million and Woodley $1 million, but it's hard to be sure. Why?

Because official figures are very hard to come by, for one, and two, Paul has been accused of inflating his PPV figures before – and not by just anyone, but by folks who might know: Dana White and Mike Tyson amongst them.

White called Paul's claim that his Askren fight had 1.5 million sales "full of s--t" and said he didn't trust a thing Paul or his team said. But maybe that's because these guys don't like each other much, thanks to a long, long feud.

Whatever the official figure, there's no denying that these fights sell massively around the world. 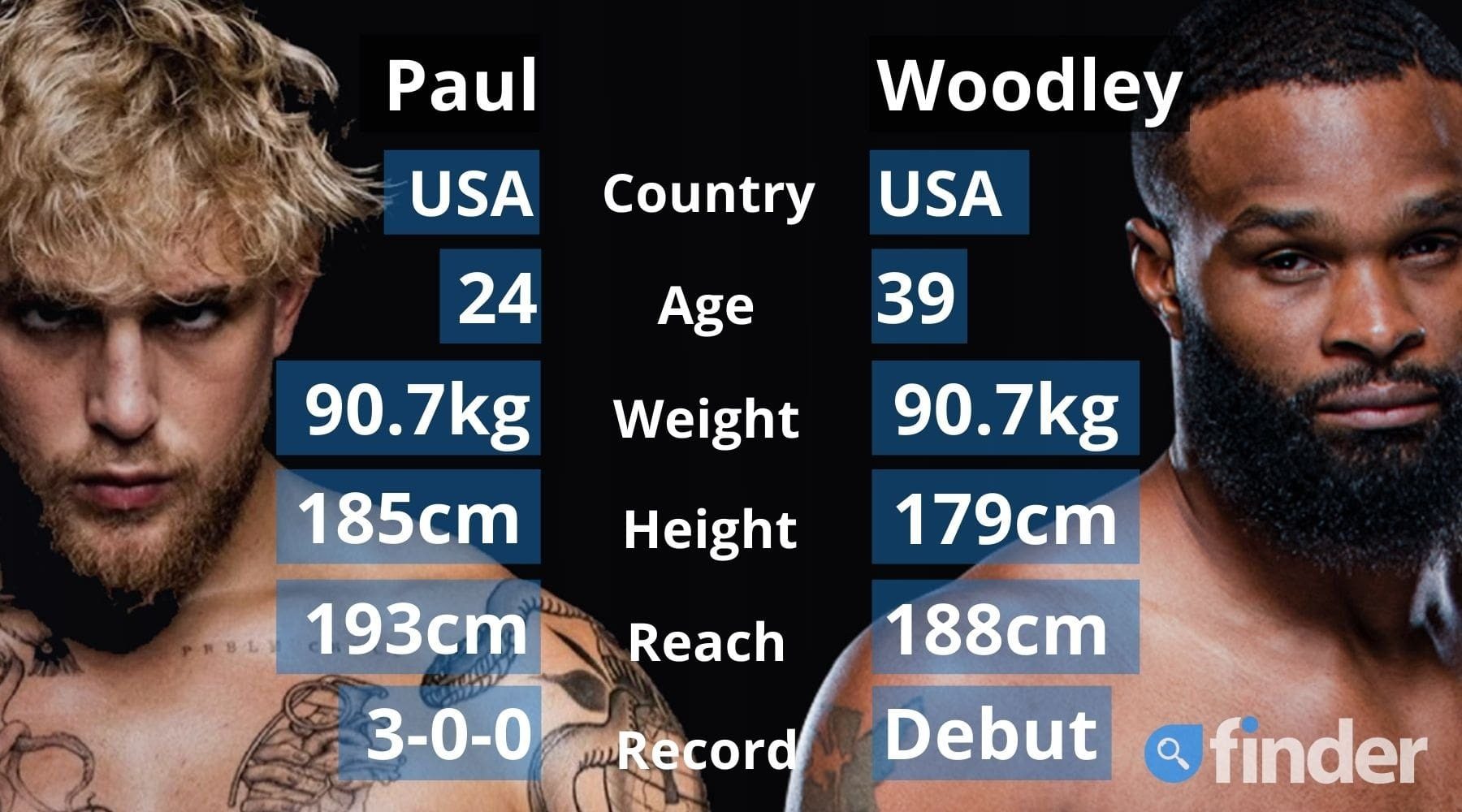 Who is on the Paul vs Woodley undercard?

The card also features a match worth watching with unified featherweight champion Amanda Serrano defending her titles against Yamileth Mercado.

The bout brings quality to the event and will showcase a star of women's boxing to the world. Serrano, 32, is the most decorated female boxer in history who is still at the top of her game. Born in Puerto Rico but fighting out of Brooklyn, New York, Serrano has a record of 40 wins (30 of those knockouts), 1 loss and a draw.

She faces Mercado, a 23-year-old Mexican who is a former super bantamweight champion with 18 wins and 2 losses from her 20-fight career.

Tommy Fury, the half-brother of heavyweight world champion Tyson Fury, is also fighting on the night.

Who will win Jake Paul vs Tyron Woodley?

Unlike Paul's previous opponents, Woodley packs a punch, with a proven ability to knock opponents out. Paul needs to be careful he doesn't get caught.

Still, Paul is expected to win the fight. He is bigger, 15 years younger and, well, it's his event.