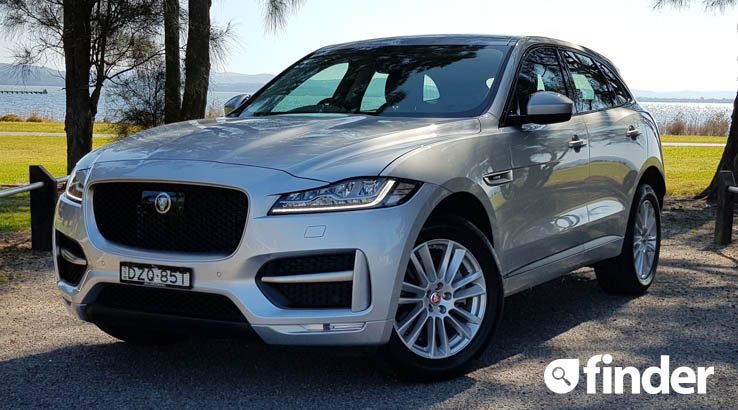 F-Pace, it's all about class.

As consumers clamour to get their hands on SUVs, manufacturers have had to adapt their products. Even brands like Aston Martin and Lamborghini, traditionally associated with luxury grand tourers and flamboyant supercars respectively, have got in on the rush to attract luxury and sporty SUV customers.

As a result, consumers are now spoiled for choice and brands really need to nail their interpretation of the SUV as it becomes their bread and butter. So has Jaguar managed to alter their ethos with the F-Pace?

The Silver F-Pace R-Sport we had on test is elegantly understated. This press car was painted in the $1,800 metallic paint option, "Indus Silver".

There are a number of design elements and visual cues across the F-Pace that are shared in common with the Jaguar range, so if you like those, chances are you will like this package.

Jaguar rounds out the package with gloss black accents framing the green-tinted windows. The optioned 19-inch, 7 split-spoke rims (for a fair price of $420) add that extra little something and help give the F-Pace R-Sport a more distinctive look at the same time.

Ground clearance is 207mm, which for context is just 3mm short of the Suzuki Jimny, but the F-Pace is going to look much better conquering the suburbs than the scrub.

Given how aggressive other models such as the F-type look, I wonder if there is anything that could have been done to make the F-Pace more staunch and a little more edgy? 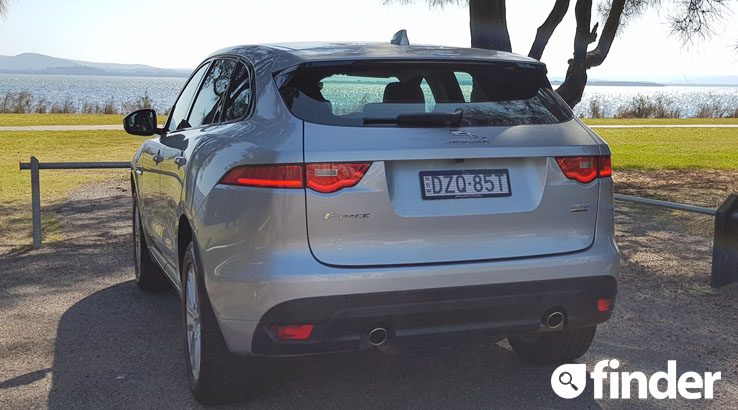 Being an R-Sport edition of the Jaguar F-Pace, there is leather trim as standard, accentuated by green contrast stitching.

All seats were more than comfortable and with the $840 optional heated seats bolted in up front, the car was very inviting in the middle of winter. The premium interior is further augmented with lashings of ash-wood veneer – a $420 option.

The in-built navigation, multimedia and seat heating functionality can be accessed via the 10.2-inch InControl Touch Pro touchscreen recessed into the dash. This unit is shared with other Jaguar Land Rover vehicles like the Range Rover Evoque. It is one of the better systems we have used, offering crisp graphics that also seems to boost the reverse camera quality.

Audio is delivered via a premium Meridian sound system and due to quality noise deadening materials behind the cabin trim, you won't be left wanting for better sounding music.

There is ample room in the back, along with ISOFIX mounting points on the outboard seats to securely fasten child seats. Passengers in the back also benefit from directional air conditioning vents and both USB and 12-volt sockets to charge their electronic devices. 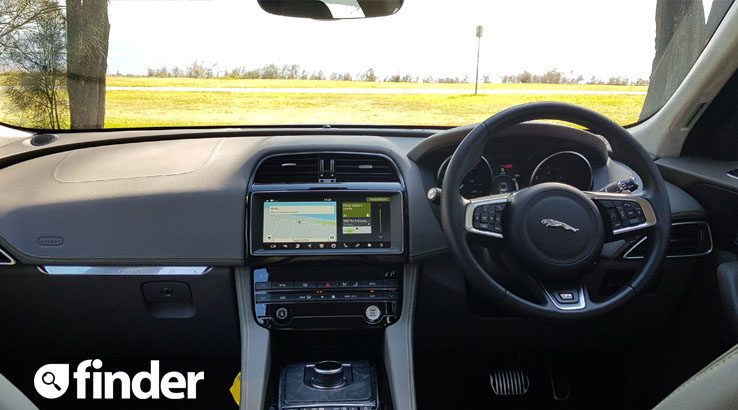 The R-Sport we had on test was powered by a 2.0-litre twin-turbo diesel engine, capable of producing 177kW and 500Nm of torque. It feels rather refined with the typical diesel rumble minimised a substantial amount. This means that combined with the impressive cabin sound insulation and sprinting ability of the Jaguar F-Pace R-Sport, you could almost forget it was a diesel – almost.

The eight-speed gearbox it is mated to goes about its business well, with no real complaints or worries during our test. Gears can be selected via the futuristic dial that, on starting the F-Pace, pops up out of the fascia where the traditional gear stick would be.

It's quite a nice drive too. With a chunky leather-wrapped steering wheel and good weight to the steering, you get the sense that you are steering a sturdy vehicle. The paradox here, though, is that it still feels surprisingly nimble when changing direction.

Even being a "sport" variant of the F-Pace, the suspension set up was fairly forgiving, eating up any imperfections on the roads around Sydney, Long Jetty and everywhere in between. Optioned on our test vehicle were the larger 350mm brakes, which should help you come to a stop quicker, for a fee of $560. 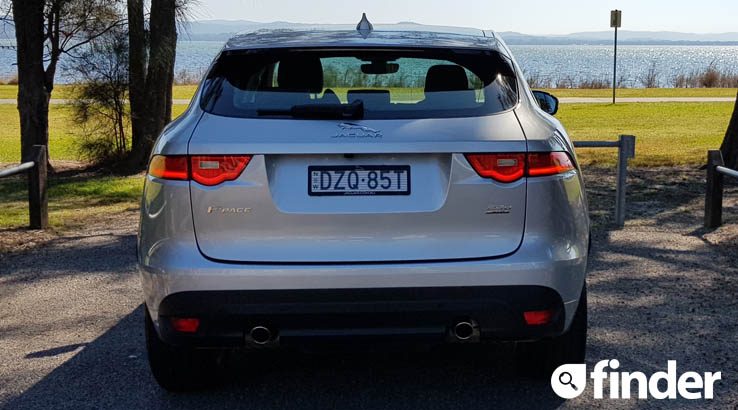 The Jaguar F-Pace has ample storage space, with 650 litres of boot space available with all rear seats in place and, with them folded down, you will have 1,740 litres at your disposal.

A powered tailgate also makes loading and unloading a breeze should you have your hands full with kids or groceries.

If you have a caravan or trailer, then the F-Pace, will haul up to 2.4 tonnes. And perhaps the most impressive feature comes in the way of a full-size spare, which is as rare as hen's teeth on new vehicles.

What safety technology comes with the Jaguar F-Pace?

As expected from the British manufacturer, the Jaguar F-Pace has achieved a 5-star ANCAP safety rating.

Jaguar's adaptive LED headlights, that feature automatic high beam, produce a light that is said to be less artificial and closer to that of daylight. This is meant to help your eyes distinguish between objects easier and also to reduce fatigue.

Along with the above, passengers are protected by six airbags and autonomous emergency braking, with a number of other features included as well:

Our test car also had the "drive pack" added for $1,740, which includes the following:

The F-Pace is nice to drive, comfortable to sit in and well appointed from a safety standpoint. I'd prefer the Jag to look a bit more aggressive, but styling is subjective and I'm sure there are countless people who disagree.

If you are in the market for a premium SUV, the Jaguar is certainly worth considering. While you are there, take a look at the options list since it may blow-out costs as you look to include the features you want.