Quick verdict: The Jabra Elite 3 is a great pick if you want some of the best parts of wireless earbuds but without the huge price tag.

Since 2019 we have seen the true wireless earbud market evolve in leaps and bounds. Generally, the best features have been reserved for the most expensive products, like the Sony WF-1000XM4 and Apple AirPods Pro. But the alarmingly well-priced Jabra Elite 3 proves that this is slowly changing. 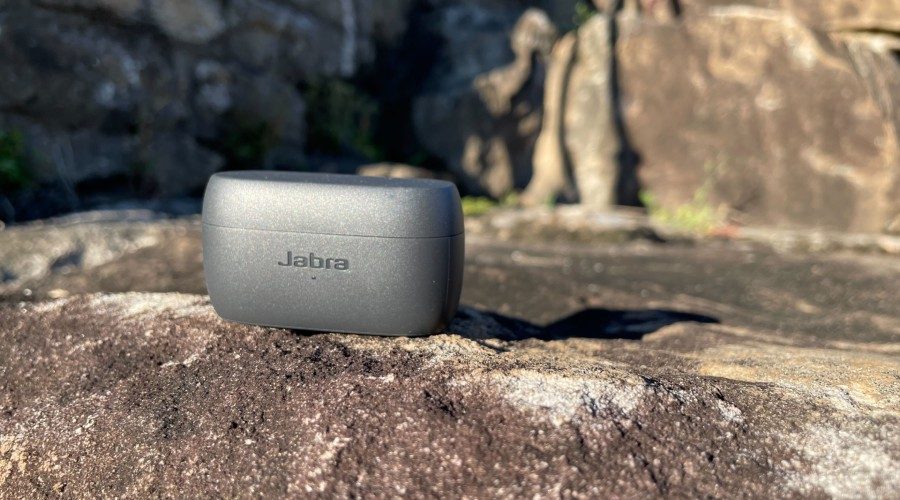 Wireless earbud manufacturers seem to be finally getting the memo that no one wants bulky charging cases. And thankfully Jabra has come through here.

The Jabra Elite 3 is rectangular and a touch smaller than the Sony WF-1000XM4s. 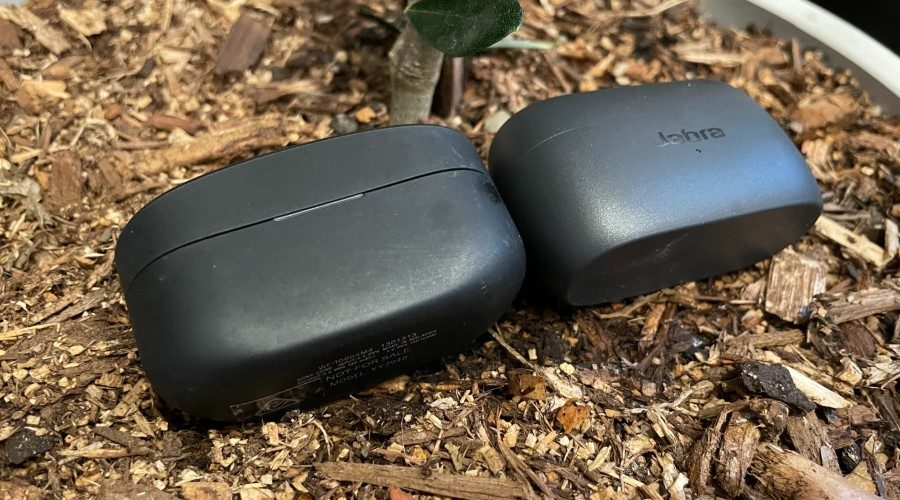 The case is also a little bit shorter than the Apple AirPods Pro. 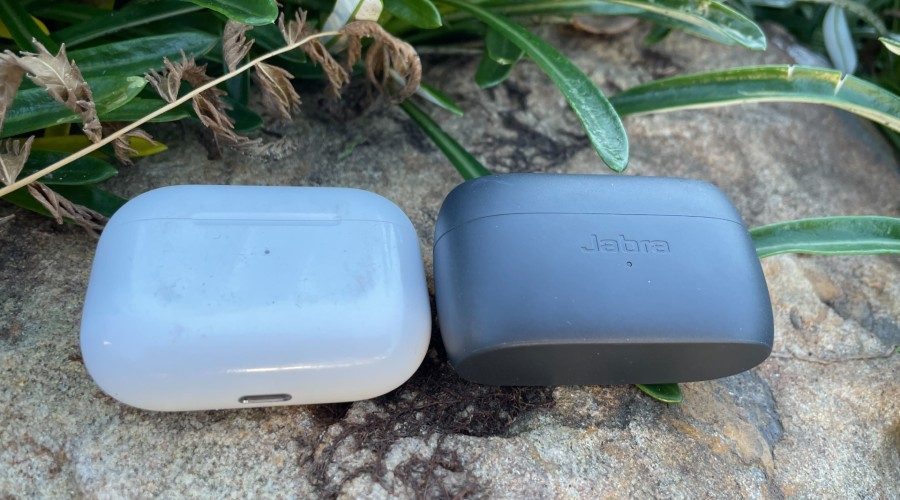 The case itself is powered by USB-C which you love to see. But it doesn't contain a charging light, which often features on more expensive products.

On the aesthetics front, it's nice to have more options than just black and white. The Jabra Elite 3 comes in dark grey, navy, lilac and light beige.

As for the earbuds – they are extremely comfortable. This is a nice surprise as this kind of wireless earbud form factor can often get achy after an hour or two. I had this problem with the XM4s, but haven't had an issue with the Elite 3.

If you do want to find the perfect fit, there are 5 different tips that come in the box.

But while they do feel more secure in the ear than similarly designed buds, they don't feel as secure as something like the AirPods Pro or Powerbeats Pro. Still, they stayed put while running, even when I was convinced they wouldn't.

Sadly, you don't want to get these bad boys wet. They only have an IP55 rating, which means they are only dust resistant. That being said, for $119 you're not generally going to get any kind of water resistance. 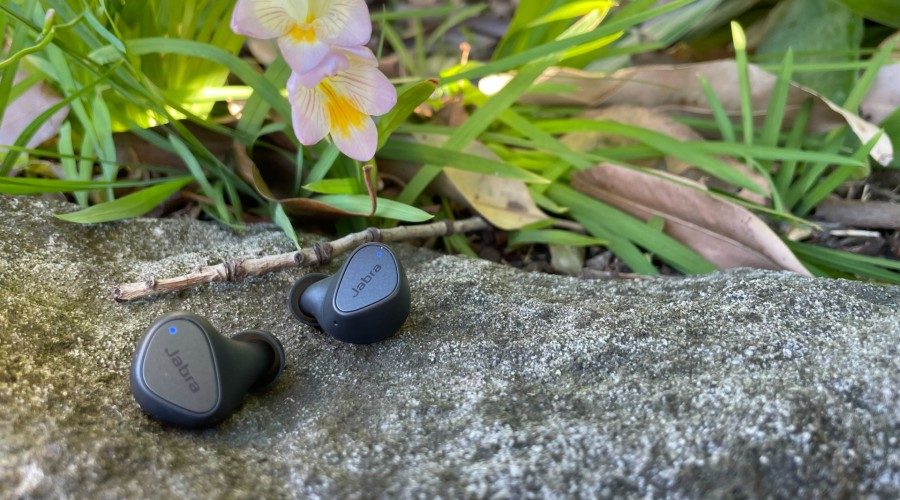 Pairing to my phone over Bluetooth was quick and painless. However, I wasn't able to test the connectivity between the buds and the Jabra Sound+ app as I was testing the Elite 3 before release. I will update this section once I have given it a go.

My biggest bugbear with the performance was the lack of automatic pausing. This is where headphones will pause once you take them out of/off your ears.

As such, I found myself having to wind back podcasts if I took the buds out and couldn't come back to them for a bit, which was annoying. It's also an extra way for your battery to drain.

But to be fair, this would be considered a premium feature by some. Again, these are not $400+ headphones. But it is something I missed a lot, far more so than the insane sound offered by the XM4s. Ya girl loves function. 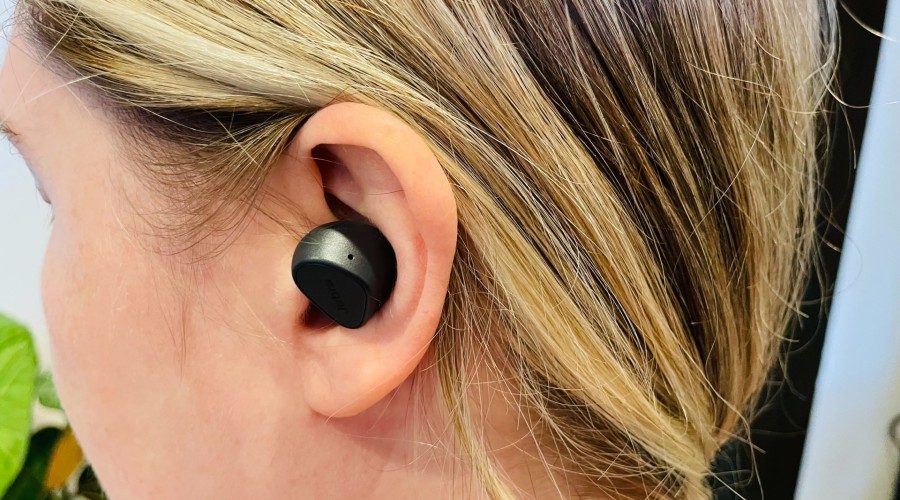 If you're looking for best-in-class audio, you won't find it with the Jabra Elite 3. But the earbuds are still more than good enough if you want something that simply does the job.

Here's what I mean by that.

In Rhiannon by Fleetwood Mac, the track was noticeably flatter compared to the Sony Wf-1000XM4s and even the AirPods Pro. The instruments blended together more and there wasn't as much depth or complication to Stevie Nicks' unique vocals. This was particularly evident in the ethereal 'Rhiaaaaaaaaaaaanon' line. You know the one.

Similarly, the chimes that tinker at certain parts of the track are delicate but very much present in the XM4s but are almost lost in the Elite 3. You can hear them but they almost fade into everything else that’s happening rather than punctuating that point in the song.

Another great example is Such Great Heights by Postal Service. With the XM4s the distinct electronic popping of sound at the beginning of the track dances between the two buds. It's joined by a distorted guitar that demands your attention before the vocals kick. It sounds divine.

Comparatively, the Jabra Elite 3 doesn't do a bad job here at all, especially with the electronics. But the guitar isn’t as commanding and overall none of these elements are as distinctive when they come to play with each other.

But unless you're an audiophile or directly comparing headphones against one another, I don't think this matters that much. If you're looking in the sub-$150 market for true wireless earbuds, you're probably more concerned with the sound being good rather than perfect. And the Jabra Elite 3 more than delivers on that.

However, if you're looking for active noise cancelling (ANC) earbuds, you won't find them here. And that's fine, because they're only $119.

That being said, the Jabra Elite 3 offers noise isolation and it's really quite good. When toggled on, a lot of outside noise would be dulled and muffled. I had to listen harder if my partner said something indoors, even if I had no audio playing. And while I could still hear something like a car going past when I was out walking, this honestly didn't bother me.

As a woman walking around alone, there can be some fear around ANC because it makes us less aware of our surroundings. The noise isolation of the Jabra Elite 3 could be a good compromise for some.

And if you like the idea of everything the Elite 3 has to offer, but want the noise cancellation, the Jabra 85t might be worth considering. It's more expensive but still well below the XM4s. 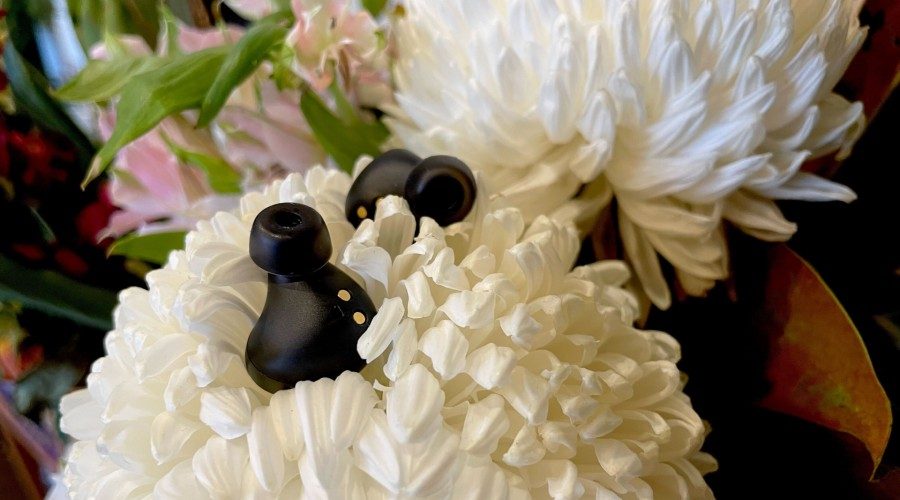 One of the most impressive features of the Jabra Elite 3 is the battery life. It offers 7 hours of playback on a single charge, which I’ve found to be largely accurate in my testing so far.

And after accidentally leaving them in a hoodie pocket for 48 hours, I found they had not completely drained, which was excellent.

When you are after extra juice, the charging case has a whopping 35 hours of battery. This is more than what the larger and more expensive WF-1000XM4 case has. The same goes for Apple AirPods Pro, which you also pay a premium for.

To be fair, you can squeeze an extra hour or so out of the Jabra Elite 3 because, unlike its top-tier competitors, it doesn’t have active noise cancellation.

Still, the 35 hours in the case itself is extremely impressive. It also offers quick charging, allowing for an hour of battery from 10 minutes of juice, and takes 3.5 hours to go from empty to full.

Should you buy the Jabra Elite 3? At $119, Jabra Elite 3 offers incredible value for money. While the earbuds don’t have the ANC and the truly spectacular sound found in the Sony WF-1000XM4s, the audio and noise isolation are still excellent.

If you value comfort, battery and saving hundreds of dollars over best-in-class audio, these are absolutely worth considering.

Another amazing option are the Sony WF-C500. They're only $128 and offer fantastic audio, comfort and battery. And its passive noise blocking is incredibly impressive.

But if you're looking for something with ANC and next level comfort but don't mind paying a bit more - you might want to consider upgrading to the Jabra Elite 7 Pro. 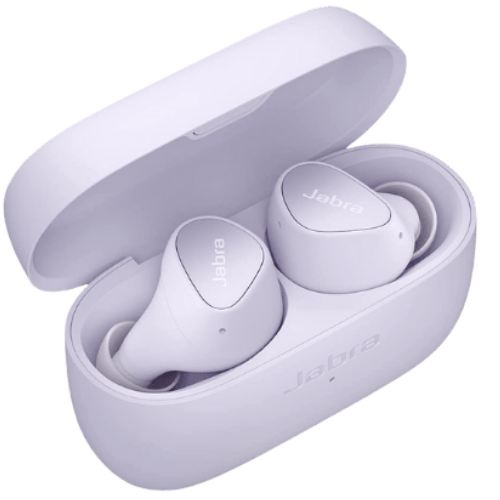 From $78.00 at Amazon Check availability at eBay

The Jabra Elite 3 was tested over a 1-week period for several hours per day. The earbuds were used to listen to music, podcasts and phone calls.

Further testing is currently being conducted on the battery and to test the earbuds with the Jabra Sound+ app, which was not possible during the embargo period. We will update this review once this has been completed.

Tegan Jones is the global reviews editor at Finder and the host of our crypto and Web3 podcast, Block Climbing. An award winning journalist, she has been reporting on consumer tech, gaming and telecommunications for the past 10 years. She won best reviewer and best consumer tech coverage in the 2021 IT Journalism Awards. She regularly appears on ABC News, A Current Affair, The Project, Triple J and other mainstream media channels as an expert tech commentator. Her previous roles include editor and deputy editor of Gizmodo Australia, as well as commercial editor of Business Insider, Lifehacker, Kotaku and Gizmodo Australia. She is also the co-host of one of the top technology podcasts in Australia, Queens of the Drone Age.