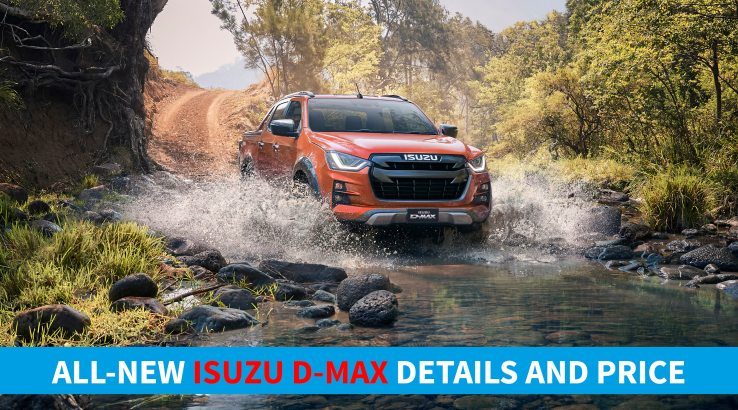 The all-new Isuzu D-MAX ute was revealed on 8 August 2020 and Finder was at the launch. Here are all the details.

Australia is an important territory for Isuzu. Indeed, we're the first nation to get a look at the all-new Isuzu D-MAX outside of Thailand, where the Japanese company constructs its cars. And no wonder. Utes are now the number one category for families and tradies in Australia; at least, that's according to Hiroyasu Sato, managing director at Isuzu Ute Australia.

The new D-MAX ute was originally shown in Thailand at the back end of 2019, but now we've had a taste of what it will deliver in Australia. The local product includes unique specifications and safety features that befit our exceptional environment.

Sato spoke during the media launch of the new D-MAX enduring a six-year-development process that included over four million kilometres of testing. So, has it all been worth it?

When is the new D-MAX coming out?

The new Isuzu D-MAX ute will be on sale from 1 September 2020 in Australia.

How much does the new D-MAX cost?

The new D-MAX arrives with a very competitive price point. We've run through all the models below, but in addition, there is an introductory price offer as well. You can pick up the 4x2 Single Cab Chassis SX MT at $29,990, while the top model X-Terrain 4x4 can be pinched for $59,990. These prices will only last a short time and are drive away.

The following colour options are available for the new D-MAX ute: 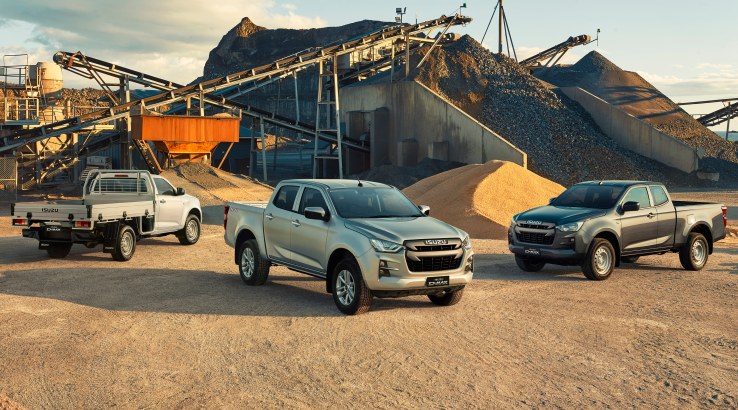 While the FX series is the general workhorse, it's at the other end of the spectrum – the X-Terrain – where we see the D-MAX really shine. While much of the new improvements and features are standard across the range, it's the X-Terrain that delivers the added flair – especially in the design, which Isuzu describes as being "both tough and sporty".

Each model comes with a customisable, CarPlay- and Android Auto-ready display in the dashboard, which also features DAB support. However, the base models stick to a 7-inch display, whereas the top models jump up to 9 inches. In front of the steering wheel, a second 4.5-inch multi-information screen feeds the driver with all the relevant vehicle information in real-time. It's customisable, too.

Elsewhere, the mechanical button approach to most of the in-cab facilities, including front and rear dual-climate control, is one we prefer to the all-touchscreen approach – especially when you're heading off-road and want to switch between 2WD, 4WD low and 4WD high. Also notable is the eight-way adjustable driver's seat with lumbar support. When paired with a smaller, sporty steering wheel and a short-throw gearstick, it sounds like a treat for bigger blokes. 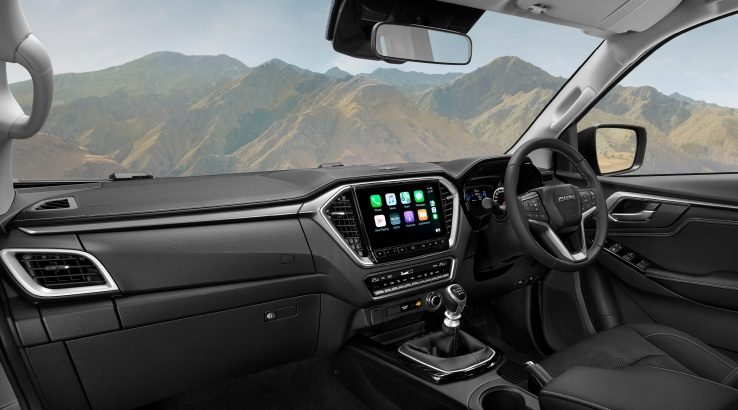 Elsewhere, adjustments have been made to tackle complaints about noise and vibration. This has primarily been achieved by fine-tuning and improving the new injectors, which come with a fresh approach to the timing gear set.

Isuzu has looked to improve the driving experience by opting for a much faster transmission and introducing an electromagnetic diff-lock to provide constantly engaged stability control. The air intake upfront has been altered as well, adding up to 80cm to the existing wading depth.

Driving performance has also improved by trimming some of the fat. For example, the tail shaft that connects the rear differential is now made of one alloy piece. The frame, chassis and suspension have all been reworked from scratch to join the engine in what Isuzu calls a Dynamic Drive Platform.

Other highlighted features include the ability to start the engine directly from the key, although the distance from your car at which this works was not revealed. Plus, sway control on the tow bar is pretty neat, monitoring for excessive movement and working to bring heavy loads back under control. 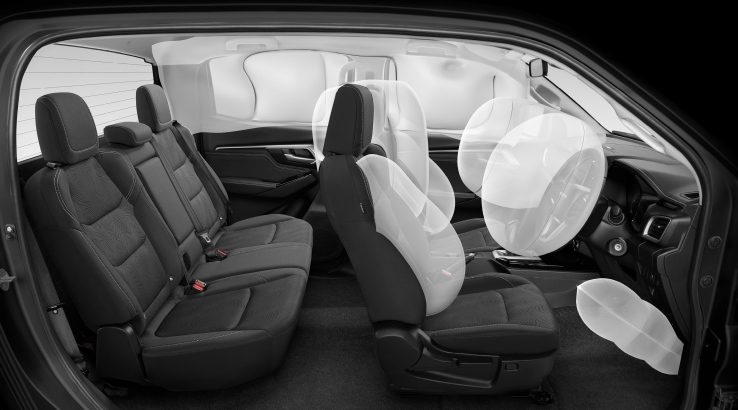 What is the Intelligent Driver Assistance System (IDAS)?

Available across the full D-MAX range, IDAS is described as the "brains" of the car, providing drivers with a host of alerts and support for all conditions. These three were highlighted during the press conference:

The latter is particularly interesting. A 3D imaging camera on the front of the vehicle can not only pick up vehicles but also pedestrians and cyclists in a bid to keep humans both in and out of the car safe. Isuzu also promises that none of the IDAS systems are impacted by the addition of Isuzu's nudge bars or bull bars to the front of the D-MAX.

The full list of safety AI-driven features is truly impressive and too long to list here. As long as it's all customisable and can be easily toggled off and on when not desired, we're all for it. And beyond the AI, there are also eight airbags across the range, too. (If the AI somehow lets you crash!) 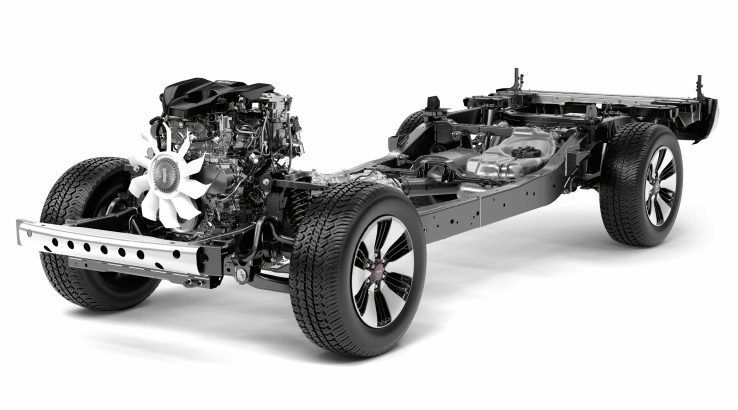 Is the all-new Isuzu D-MAX any good?

On first viewing, there is plenty to like about the D-MAX. The design is sleek and modern, and benefits from being aerodynamically tested in the same wind tunnels as Japan's bullet train. It's got a deep feature-set, some unique safety features and the versatility required for those who need a robust vehicle for both work and play. The price is also competitive.

As soon as we can get some hands-on time with the D-MAX, we'll let you know if reality meets up with expectations and anticipation.