Is Melbourne really the city for Australia’s fintechs? 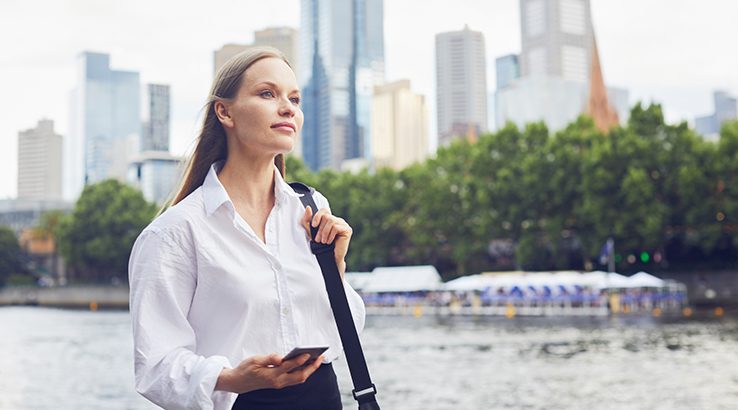 The battle of Sydney versus Melbourne is waged across various industries and sectors – sports, culture and even startups and tech. And while the rivalry is usually lighthearted, it can have an impact on those sectors in Australia and beyond.

In 2016, co-founder and CEO of Assembly Payments Simon Lee wrote an impassioned plea in the Financial Review for the gloves to be set aside lest we lose the larger battle: establishing Australia as a global force in fintech. However, three years on the fight continues.

Australian managing director of Tradeplus24 Adam Lane found Melbourne to be the first choice for the startup when expanding its operations to Australia from its headquarters in Switzerland "pretty quickly".

"The federal government have a branch called Austrade which encourages and facilitates entrance into Australia," Lane said. "They connected us with all the state governments with the exception of Western Australia at our request. The Victorian government was by far the most ready for dialogue."

Apart from Sydney, Lane said Tradeplus24 also considered Brisbane and Adelaide but quickly decided on Melbourne because of the contribution and eagerness of the Victorian government for them to set up in the state.

"The week before last they hosted us for our launch event. We had some representatives from the government speaking at the event, as well as the general manager FinTech Australia. So they're very interested in us, as early as we were back in Zurich before we came out to Australia," Lane said.

Tradeplus24 is an alternative funding fintech which operates in the small business finance market. According to Lane, the startup chose Australia to expand into because of the clear need for credit for SMEs and the prevalence of commercial brokers.

Lane believes there is a rivalry between Sydney and Melbourne but that it is largely healthy.

"People in Melbourne are pretty proud of the state they live in and equally in Sydney. So there's a bit of healthy rivalry," Lane said. "But I think the state governments are pretty active at trying to get investment and prove that they are a global force to be reckoned with."

Melbourne is home to more than half of Australia's top 20 technology companies and Victoria's ICT industry has over 8,000 companies, according to InvestVic. However, the recently released Startup Genome Report did not list Melbourne in the top 30 cities for 2019. Sydney came in at 23rd, slipping six places from 2018.

"Of course many international startups are going to be lured to Sydney and Melbourne where our largest markets and the broadest range of investors are found," said CEO of coworking community Fishburners Nicole O'Brien. "However startups working in space and agritech are also increasingly going to cities like Adelaide and Perth."

O'Brien also points out that the StartupBlink Startup Ecosystem Rankings 2019 report named Australia as the fifth most startup-friendly country in the world.

"The NSW government has invested significantly in fostering the startup ecosystem particularly in Sydney, which leads the Rankings for Australia coming in at 19th city in the world."

What to consider beyond a city

While the fight between Sydney and Melbourne is likely to continue, organisations like Fishburners are giving options to startups that don't limit companies to a single city. Through its virtual membership, O'Brien says startups can access events, mentoring, perks and more regardless of location.

For startups looking at where to base their operations, Lane advises them to consider where their customers will be to leverage their natural networks. And while he still recommends Melbourne for international startups because of the experience he had with the Victorian Government, he admits all cities have their merits.

"I would argue that Sydney, Brisbane and Melbourne, all have a plethora of options available to startups. If you are in financial services, you're probably going to skew towards Melbourne or Sydney. And if you come in from overseas, the Victoria government I can speak of firsthand. They're very interested in supporting businesses coming into this market."