Is it worth contracting for an older iPhone? 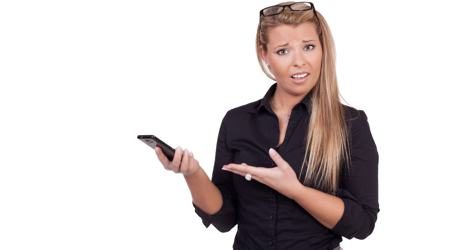 With the iPhone 7 release imminent, you might think that older iPhone contracts would tumble in price, but the reality is that contract customers are better off with newer iPhone models.

New premium phones have premium prices, with older phones usually offered a little cheaper. With the iPhone 7 due to start selling this week, and carriers already taking pre-orders, you might think it's a great time to score a bargain on an older iPhone, right?

The reality is that it's not necessarily so, depending on your choice of carrier, and this has some pretty significant implications for the budget iPhone buyer.

Budget iPhone buyer is a bit of an oxymoron, because Apple positions and prices its iPhone handsets in the premium space only, but you could be tempted to think that the influx of new handsets would see carriers drop prices on the old ones. So far, it hasn’t markedly happened all that much.

Vodafone has shifted most of its prices downwards, but only marginally unless you're looking at high end contracts already. It’s also the only carrier so far to start stocking the 32GB variants of the iPhone 6s and iPhone 6s Plus that were announced at last week’s iPhone 7 launch. At the same time, it’s also dropped the entire iPhone 6 line from its available phone list online, although the much older iPhone 5s is still available.

Getting an older iPhone on contract is of course entirely dependent upon your carrier of choice actually having stock available. While that may be true of the iPhone 7 as well, for older lines they’ll sell them until they run out, at which time excluding the SE and 6s ranges, there won’t be any more. Apple will happily sell carriers more iPhone 7 handsets right now, so that would just be a waiting game by comparison.

Is there value in buying an older iPhone on contract right now?

On the balance of the available figures and plans right now, we’d have to say that with the exception of the iPhone SE, it’s not entirely worth looking at older iPhone models from the big four telcos at this time.

That’s because even where there are some slight price differences, over a full 24 month contract they don’t make enough difference to be worthwhile for what is actually already a pricey proposition, especially if you’re looking at plans with lower overall monthly plan prices. At the higher end, $80 and above level your handset repayment prices paid for even the iPhone 7 tumbles down to a point where while the older phones are cheaper, the differences over a 24 month span are less. You’re already spending more on the overall plan, so why compromise with an older handset?

It may even be more expensive. We wanted to demonstrate the pricing differences for a phone available in the 6s range at the same storage capacity as the 7, which essentially means the 128GB version for maximum carrier comparison purposes.

Here’s what you’d pay in handset repayment costs for an iPhone 7 Plus 128GB compared to an iPhone 6s Plus 128GB across the four carriers currently offering the iPhone 7 range. These figures exclude the actual plan costs and are for the entry level plans only, because if you're a budget iPhone buyer, you're more likely to be looking at the entry level end of the plan spectrum:

Vodafone has already removed the iPhone 6s Plus from its available online phone selector, and it’s feasible that Optus, Telstra or Virgin Mobile may scale their prices down in the week leading up to the iPhone 7’s general availability.

As it stands, in pure handset repayment terms you’d pay more for an older phone than a newer one, which can’t be good value unless you’re horribly opposed to the loss of the 3.5mm headphone jack on the iPhone 7 range.

Apple doesn’t like the word "budget" much, but there’s little doubt that the smaller iPhone SE is the model to acquire if you want a reasonably current iPhone at a lower price. Most telcos offer the iPhone SE with only marginal handset repayments, even at low plan prices.

That’s largely for the 16GB model, which is a compromise in itself, but even the 64GB iPhone SE can be acquired for relatively affordable prices. Given the iPhone SE is essentially an iPhone 6s in a tiny jacket, it’s a reasonable compromise if you want to stay in the iOS world but can’t quite manage the costs of an iPhone 7 or iPhone 7 Plus on contract.