Is it time to think about buying an electric car? 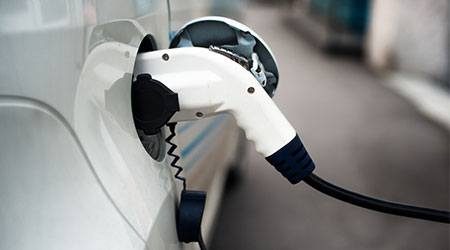 We should start seeing more electric-powered cars on the streets soon. Here’s why you might want to buy one.

The findings of Roy Morgan Research have revealed that more Australian drivers would shortlist an electric-powered or hybrid vehicle than ever before.

When researchers at Roy Morgan asked drivers what power-plant their next vehicle will have, 51.6% said a hybrid would be their preference. Just three years ago, only 48.7% indicated they’d think about a semi-electric vehicle. The interest in purely electric cars also shot up by 9.7% to 36.2% of survey respondents.

Interestingly, analysts at the research specialists found that despite the combined 55.7% of motorists weighing up alternative fuel cars, less than 1% of the current car market is made up of hybrid or electric cars.

Examining the figures, it seems that the fuel type a car buyer would be happy with is directly proportional to their income. Those earning under $30,000 per year were less likely to take ownership of an electric car or hybrid, by some margin.

Despite these numbers apparently showing that drivers will ditch petrol and diesel cars in favour of greener replacements, car manufacturers still face an uphill battle. Norman Morris, Roy Morgan’s industry communications director, explains that while vehicle purchase intention can be influenced by fuel consideration, this is a long-term indicator.

"To date, despite their high consideration among adult Australian drivers, both Hybrid and Fully Electric vehicles comprise less than 1% of the vehicle car parc. The challenge will be to convert this intention to vehicle sales."

Should I buy an electric or hybrid car?

Really, the answer to this depends on where you live. There’s a lot of talk about range anxiety, and if you live outside of densely populated urban centres, you may struggle to find charging stations. If that’s the case, a plug-in hybrid or parallel hybrid would make more sense for you. With these cars, a petrol or diesel engine supplements electric motors, working in tandem to propel your car.

However, don’t rule out electric cars entirely. There are cars on the market now that will easily cover 200km between charging. BMW’s i3 is good for 130 to 180km, depending on which battery you choose. The upcoming Nissan Leaf 2 can travel 300km to 400km on its battery. The Tesla Model S and X can cover up to 500km and 465km respectively. So range doesn’t need to be the limiting factor.

Charging times are a big consideration, too. Domestic chargers output 15-80 amps. Charging times vary from 4 hours to 16 hours to fully top up. You can fit domestic chargers that will refill your battery overnight. Tesla has a growing network of EV charging points across the country. These high power charging locations reduce the charging time to full to 75 minutes, but only 40 minutes to top the battery up to 80% capacity. If you live in a city and mostly make short trips, an electric car would suit you perfectly.

Then, there’s the money saving benefits. If you buy a Tesla, you automatically receive 400 kWh of free Supercharger credit each year. That’s enough to travel 1,600 km. To travel 3,000 km, you’d spend $195 on electric charging for the Tesla Model S compared to $266 in petrol. That’s a saving of 26.7%. In addition to saving money on your energy source, electric cars have fewer moving parts and lower maintenance costs as a result. For more details, read our electric car savings guide.

Electric cars do carry health benefits too. There's no internal combustion engine pumping out asthma-causing pollutants like carbon monoxide, nitrogen oxide and soot. On the flip side, you have to factor in the emissions generated by power stations. Also, electric cars make heavy use of rare-earth elements, with only finite supplies. Additionally, the extra weight of a battery pack could cause tyres to wear at a faster rate.

If you’re one of the many motorists contemplating a switch to electric power, check out four Tesla alternatives.