Is the Australian property market starting to recover? 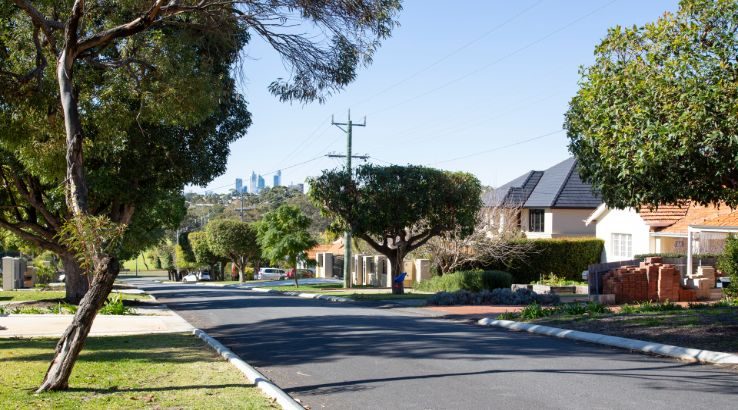 A mix of positive and negative economic signals makes it hard to read the property tea leaves.

After two years of falling prices in many cities, it looks like the Australian property market is showing signs of recovery. But there are also quite a few negative signals in the economy, and talk of a coming recession.

So what's really happening in Australian property? Let's start with the positive signs.

Property prices in Sydney and Melbourne have risen slightly over the last two months according to CoreLogic's Home Value Index. Prices also rose in Hobart, Darwin and Brisbane last month.

That's a positive sign, given that prices have been falling every month in Sydney and Melbourne since 2017.

On the other hand, these gains are very small, although they suggest that the major price falls are over. Property prices in Canberra, Adelaide and Perth fell slightly last month.

And it's still early days. "The dwelling value gains recorded in Sydney and Melbourne in July are encouraging but it remains to be seen whether they will continue," said Mortgage Choice CEO Susan Mitchell.

"To say that it is recovering at this point might be premature."

The last few months have seen increasing interest from would-be buyers. Traffic to Finder's home loans pages in July was up 61% over the previous July.

Melbourne-based buyer's advocate Cate Bakos attributes this in part to a change in sentiment after the election. "Our level of enquiry and our observation of buyer sentiment sharply turned on 19 May. It appears that the combination of sentiment and lack of stock has driven a sharp increase in prices, auction clearance rates and bidder behaviour."

"After a two-year slide the latest stats show we're at or near the bottom of this property cycle," said Metropole's Michael Yardney, adding, "Of course there is not one property market and each state is in a different stage of its own cycle."

Auction clearance rates are up (kind of)

But the volume of properties for sale at auction is noticeably smaller than last year. CoreLogic's auction results show that Sydney had 500 auctions last week compared to 721 a year ago. In Melbourne, the difference is starker: 665 auctions last week versus 899 at the same time last year.

Given the smaller stock of properties available at auction, a higher clearance rate is to be expected: buyers have fewer options to choose from, putting upward pressure on prices.

Interest rates have never been lower

In recent months, the Reserve Bank of Australia has dropped the official cash rate to 1.00%, the lowest it has ever been. This has resulted in historically low home loan rates and makes it easier for home buyers to handle mortgage repayments.

Most experts Finder surveyed believe the cash rate will move even lower in the near future, providing a further boost in housing affordability.

APRA recently made it easier for borrowers to get mortgages by lowering its serviceability assessment guidelines. While a little complicated, it essentially means that APRA is encouraging lenders to assess a borrower's ability to repay a loan using a more realistic interest rate test (in light of the low rate environment we're currently in).

But there are plenty of signs for concern too.

"It's very slim pickings here [in Melbourne]," said Bakos. "Multiple bidders at auctions seems to be commonplace. Relative numbers of buyers per property are spanning anything from 4 to 10 at auctions in popular inner-ring properties. Price reserves are almost always superseded by greater than a slight margin for quality properties."

Buyers Domain founder Nick Viner reported a similar lack of properties for sale in Sydney. According to his analysis, "new listings under 60 days in the Sydney region for July 2019 were down 28.4 per cent on last year's figure, while total listing numbers had fallen 10.5 per cent".

And this is in the lead up to the normally strong spring selling season.

"Sellers have been in a hold-and-see mindset since the market softened in 2017," said Viner. "Now, we have a situation where the market is turning around, and many feel the longer they wait, the more chance for capital gains."

We could be heading for a recession

By several broad economic metrics, the near future looks fairly grim: retail sales are down, mortgage stress is up, we're booking shorter holidays and getting fewer credit cards. The ASX200 recently lost $40 billion of value in a day.

But there's certainly no consensus on the issue. "While a volatile share market and tensions arising from the US-China trade war is concerning, I think recession is unlikely at the moment," said Mitchell.

"The health of our property markets are driven by fundamentals, which are in general looking good," said Yardney. He is concerned that media talk about recession could damage confidence even if the data paints a stronger picture.

"People don't feel comfortable making big spending decisions like buying a new home or upgrading their homes when their economic future is uncertain. In fact, this is one way that recessions feed on themselves."