Is an Isuzu tough ute on the way? 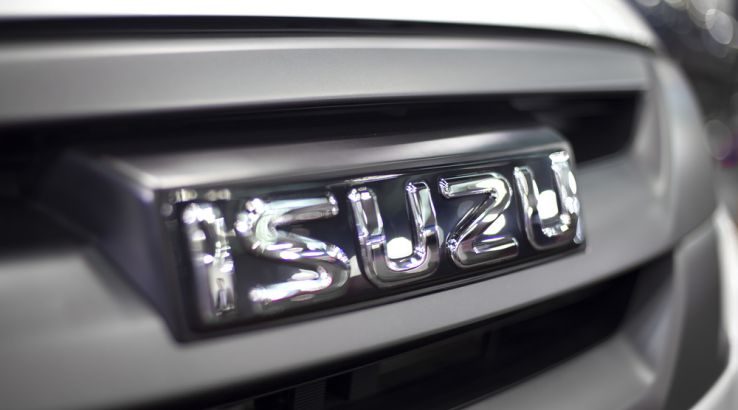 Is Isuzu planning a rival to the Ford Ranger Raptor, the Toyota Hilux Rugged and Holden’s Colorado Sportscar?

Isuzu might be about to launch a tough truck into the growing performance ute market. What’s more, the brand’s UK arm already has a perfect base ute to use, a D-Max Arctic Truck special edition.

An opportunity for an Isuzu tough truck?

Yugo Kiyofuji, Isuzu’s newly appointed deputy product planning director, said he was seriously thinking about building a factory performance ute. An LST spec D-Max will most likely form the basis of such a truck.

“We just like to permeate the new image about LS-T into the market and the customer will dictate if they want something with more bells and whistles, and we’ll decide what to add on to this,” Kiyofuji told automotive news outlet Drive.

In the absence of an official factory tough ute, Isuzu dealers pillaged the options catalogue and made their own. But these utes didn’t quite catch on according to Kiyofuji.

“Dealers set up the early special accessory models and it didn’t really catch the market. Basically, suspension was standard, interior and plastics were added and everything. It was a trial, but it didn’t really succeed from my perspective.”

The new director also opened up about the next generation D-Max and some possible changes. The 2018 D-Max has three-span leaf suspension at the back, but the brand could move to rear coil-springs like Nissan has with the Navara.

“Potentially [we would go rear coil suspension], for the next gen. It’s a bit early stage still and whether the suspension changes or remains or not will be dependent on what customers feel. If this [three-span leaf] is not enough it will be fed back to the manufacturer and go into the plan on whether we change the three-leaf or go into something totally new.”

Smaller engine for next D-Max?

The D-Max Arctic Truck from the UK runs on 35-inch tyres, with extended flares, Fox shock absorbers and a 55mm ride-height increase. But UK spec trucks have a smaller and less powerful 1.9-litre diesel than their Oz counterparts.

Because of the British model having an EU6 engine, Kiyofuji said new utes here might ship with the smaller diesel power plant.

“Potentially [we’ll bring the 1.9-litre here]. We have to think about the whole uses of the customer, in case the 1.9-litre is too weak and it’s not a good choice for us. We’ll see what its potential is.”

However, Kiyofuji also stated the company hadn’t yet ruled out developing an entirely new engine for the D-Max.

Our Isuzu D-Max review comparison can save you time with a summary of four reviews in one place. The guide compares prices, spec and trim levels and finance deals.

Don’t forget to check out our other ute comparisons, where we’ve looked at all the major utes on the market right now. Considering a Colorado? Read the Holden Colorado review comparison.