Is 2018 the year of cryptocurrency? These exchanges think so 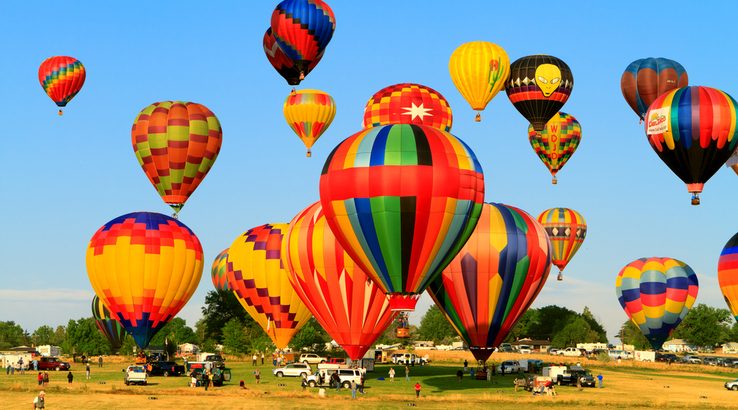 Many cryptocurrency exchanges are rolling out exceptionally ambitious expansion plans for 2018.

It's the kind of announcement that would make waves in any industry. Some of the top brands in the space are making ambitious plans to double their staff in the near future and signalling some aggressive expansion moves going forwards.

By the numbers, it might be a good move. Interest in cryptocurrencies spiked in December 2017, and it's estimated that December alone accounted for almost half of Coinbase's total 2017 revenue. Alongside this surge of interest, the month was characterised by staff shortages at exchanges, interminable customer service, verification difficulties and many of the larger exchanges simply shutting their doors to new business.

But an exchange that's prepared to handle the pressure can do extremely well, potentially raking in hundreds of thousands of new customers in a single day. Binance, which at the time of writing is the world's largest exchange by trade volume, made its fortune this way. It was in the right place at the right time to capitalise on a new surge of traders moving away from mainland China in the wake of tighter regulations.

Cryptocurrency prices have fallen back to a more reasonable altitude and interest in crypto has waned somewhat, but December has still left its mark with trading volumes today being four times higher than they were in November 2017 and with plenty more room to grow.

Coinbase, Kraken and the recently acquired Poloniex might be making some of the most assertive moves at the moment.

Poloniex was recently acquired by Circle for $400 million and immediately made plans to hire about 100 additional staff and to work closely with the SEC to become the USA's first regulated exchange. Before its acquisition, Poloniex only had a small handful of staff members, much like all the other exchanges who started into cryptocurrency when it was a niche market and then were left understaffed when the hype hit. It certainly doesn't help that blockchain technology and cryptocurrency-related skills are still hard to find.

"There is a significant shortage of people who have expertise and acumen in this space," said Mike Poutre, the chief executive of The Crypto Company.

Poloniex's new parent company, Circle, will be running operations separately to Poloniex, but is set to expand as well. The company currently has under 200 employees, but Circle co-founder Sean Neville told Business Insider that it's set to double its head count in 2018.

Meanwhile, the Kraken exchange is aiming to quintuple its staff in 2018, according to Business Insider, quoting someone familiar with its operations. The exchange currently has under 200 employees, but is aiming for 1,000 by the end of the year.

Much like other exchanges, it was hit by the wave of new customers at the tail end of 2017 and ran into difficulties with verification, customer service and sheer volume. Kraken's reputation might have suffered a bit as a result of the inundation.

Coinbase is making similar moves and then some.

It's also tapped former LinkedIn executive Emilie Choi to spearhead its acquisitions, who described the current atmosphere of the crypto space as akin to what Google experienced in the early 2000s.

"There were just a bunch of really interesting startups that helped Google take things to the next level," she said to Fortune. "So it feels like that kind of an atmosphere. We're seeing so much, so many interesting startups and entrepreneurs in the space...and Coinbase wants to capitalize on that."

"In her new role, Emilie will be focused on scaling Coinbase globally, seeking out world-class acquisition and partnership opportunities, and managing our strategic projects. She will oversee Corporate Development, Business Development and Business Operations for the company," Coinbase said in an introductory blog post.

All the exchanges mentioned here, with the exception of Binance, are based in North America, but others around the world are doubtless making expansion plans of their own.

The scale of investment is a considerable vote of confidence in the future of cryptocurrency throughout 2018. It's also worth noting that the exchanges are focused on trading tokens, rather than simply dealing with blockchain technology in general, and that these moves go right to the heart of actual digital token cryptocurrencies rather than the wider use of tokenless blockchain systems.

It might seem like the crypto craze has died down after December 2017, but right now there's a lot of time, money and effort banking on a resurgence.