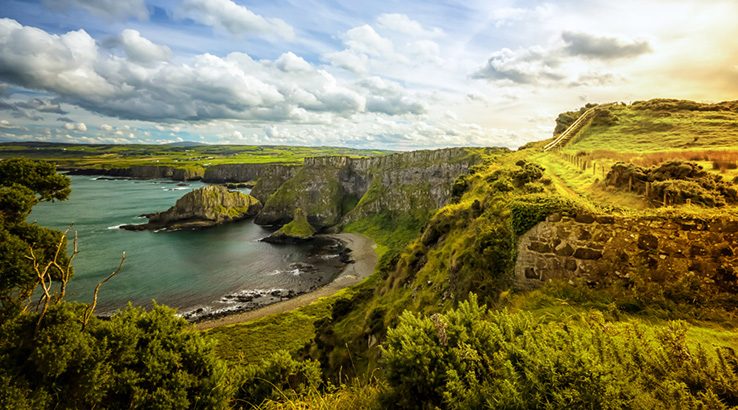 Bitcove went from winning a Bank of Ireland best startup prize to being blocked by the same.

Looks like it's Ireland's turn for an anti-crypto banking crackdown.

In a now-familiar pattern, banks across Ireland are unbanking their crypto company customers and shutting their accounts in an apparent effort to force them out of business, The Irish Times reports.

Bank of Ireland reportedly said it does not provide any banking services to virtual currency exchange platforms, but added that it doesn't prevent customers from transacting with virtual currency. However, AIB bank denied systematically shutting down cryptocurrency platforms, and instead attributed any shutdowns to AML/KYC obligations that crypto companies were unable to meet.

One affected company, Bitcove, was recently awarded a Bank of Ireland-sponsored "best business startup" award, but has now been locked out of the system by the very same.

"The reasons cited has been that they do not support companies offering cryptocurrency exchange facilities despite the fact they had previously given us an account for this purpose," said Bitcove's Peter Nagle to The Irish Times.

"Particularly disappointing was Bank of Ireland. We were participants on the Ignite start-up programme, which is backed by the bank. Our business and its progress were reviewed monthly by a panel which included Bank of Ireland representatives... Bitcove won the award, but then just a few months later our accounts were frozen and eventually closed."

Nagle said the company has since found banking alternatives on mainland Europe with "a more progressive banking partner".

Others haven't been so fortunate. One of Ireland's oldest bitcoin brokers, Eircoin, was forced to shut down.

"We are being shuttered due to a negligent and defensive banking system," Eircoin co-founder Dave Fleming said.

He didn't think much of the AML/KYC excuse either, arguing that Ireland's banking federation was "seeking to muddy the waters with insinuations of 'dirty money'".

"If any of the bitcoin sellers in Ireland were involved in terrorist financing I'm sure it wouldn't be a bank discussing it with us, it would be the law," he said.

By now, it's part of a well-established playbook on the part of banks. The same thing has previously been seen on a national scale in Chile, in India and elsewhere, and now it seems to be Ireland's turn. In most cases, the moves have been swiftly followed by legal actions from aggrieved crypto companies, but in Ireland's case, it might not be necessary. Like Bitcove, other companies might have the option of taking their business to other financial services providers on mainland Europe.

Depending on which side of the crypto fence you're on, these kinds of incidents might be seen as proof that cryptocurrency is only good for money laundering and terrorist financing, proof that banks have a monopolistic stranglehold on commerce, or maybe both.