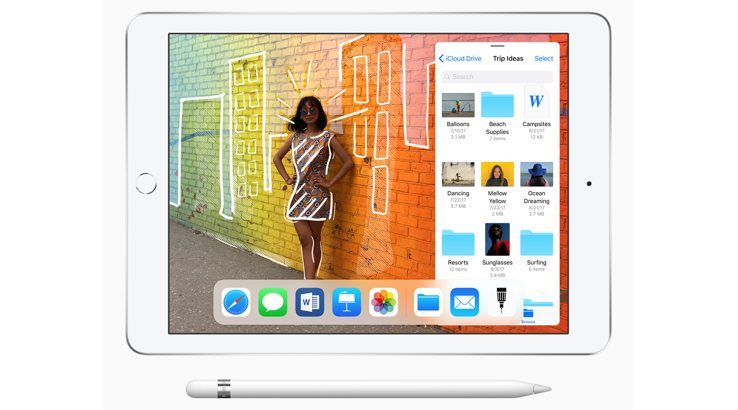 The freshly launched iPad now includes Apple Pencil support, but how does it compare to the more pricey iPad Pro?

Apple has just announced a 2018 update for its base line Apple iPad tablet line, bringing with it a feature that used to be exclusive to the iPad Pro line, namely support for Apple's high-resolution Apple Pencil stylus. It's part of a renewed push for Apple to attack the education market with slightly lower pricing for schools buying iPads, but it's not restricted to teachers only. With that in mind, how do the two models actually compare?

Apple has beefed up performance in the new iPad, jumping from the A9 processor to the A10, but it's still reserving the best performance for its iPad Pro line, which currently runs on the A10X fusion family. While we've still got to test and benchmark how the iPad handles the A10, it has shared architecture with the Apple iPhone 7, so it shouldn't be a particular slouch.

The smart money would suggest that we'll probably see an upgrade to the iPad Pro line with either the A11 Bionic or an A11X Bionic variant, bringing the Pro line more in sync with the current iPhone 8/iPhone X generation of handsets before too long.

The practical performance reality for the iPad line is that developers typically want everything to run on every iPad, so while the iPad Pro line may have a slight edge in the speed at which it launches apps or refreshes content, in everyday use you might not see that much difference.

Apple has never allowed for internal storage upgrades for any of its iOS devices, and that means that buying the right storage capacity iPad is an important consideration. Here the Pro line keeps a slight edge, because its baseline storage is twice that of the baseline iPad, and it's also available in much higher storage capacities than any iPad. You'll pay more for the additional storage, but it's a factor well worth keeping in mind depending on your precise usage. 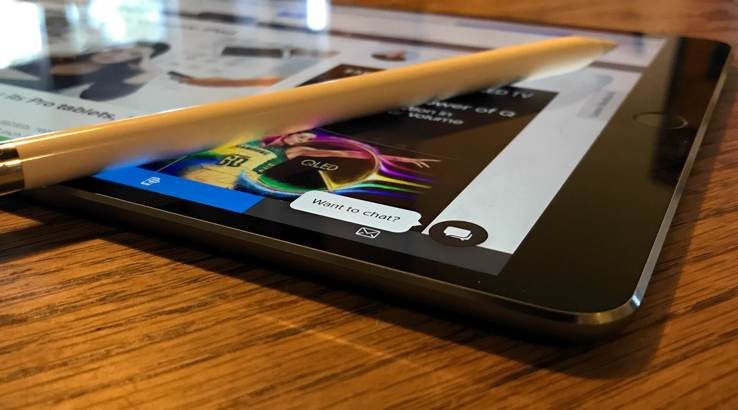 One of the clearest delineations between the two tablet families comes in the sizes available, and this isn't just a question of how easily they'll slip into a bag. While the 12.9 inch iPad Pro remains something of a monster, the difference between the 10.5 inch and 9.7 inch iPad models in sheer size terms is just a shade over 10mm in height, but the 10.5 inch iPad Pro is actually thinner than its lower-cost 2018 or 2017 iPad counterparts.

That 10mm size difference does buy you more screen real estate than you might think, because the iPad retains the rather larger bezels of the iPads that came before it. That can have an effect on the display of some apps, but while more is generally better, you'd probably have to continually see the two side by side to really notice any productivity or entertainment differences.

When Apple launched the iPad Pro line, the Apple Pencil was the clear defining factor that made an iPad Pro a "Pro" device, with Apple keen to point out the many ways it could be used for productivity purposes.

However, with the shift for the iPad towards the education market, Apple has added Apple Pencil compatibility to the iPad line. That leaves the Apple Smart Keyboard as an iPad Pro exclusive, but it's not as though iPad keyboards are hard to find from third-party providers if a keyboard is important to you. For what it's worth, at the launch of the new iPad, Apple itself showed off Logitech accessories for the new iPad, including a keyboard case and "crayon" stylus.

The Apple Pencil is a great stylus if you've got use of such a device, especially for artistic purposes, but there's been no general reduction in its price for the new iPad. At $145 outright, it's roughly a third of the cost of the entry level iPad all by itself, making it something of a tough sell for bargain iPad hunters. 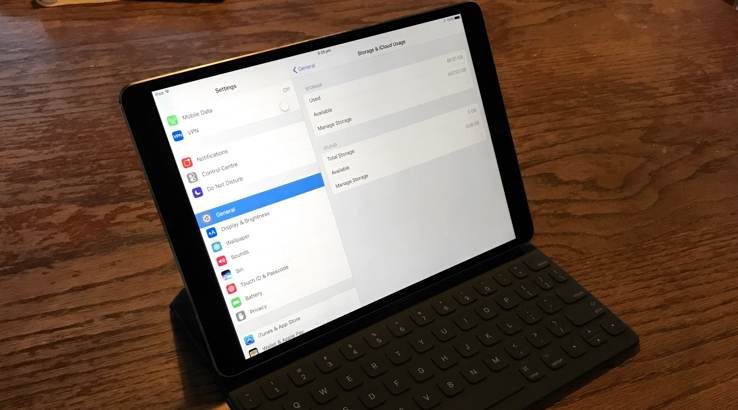 Should I buy the iPad or the iPad Pro?

We're still waiting to fully test out the new iPad and see how it runs, so stay tuned for our full review. However, with the inclusion of Apple Pencil support and a boost in processing performance, it's a rather more compelling device than it used to be against the 10.5 inch iPad Pro simply on specification grounds.

The iPad Pro 12.9 is a very specialised device with a particular market, but there's quite the gulf in pricing terms between the 10.5 inch iPad Pro and the 9.7 inch 2018 iPad, and it's one that for many everyday users might not be worth spending.

We've included the specifications for the 2017 iPad above for comparative purposes, and while Apple has removed it from sale, there's undoubtedly still going to be retail stock rattling around online and in physical stores for a while.

That model would only be worth buying now if retailers run it out at a significant discount, and you will need to be careful. Both the 2017 and 2018 models are sold simply as "Apple iPad" at the same price points for storage and LTE compatibility, so if you're paying full price, or anything near it, make sure you're getting the upgraded 2018 model.