IOTA launches Pollen update: End of an era, start of another 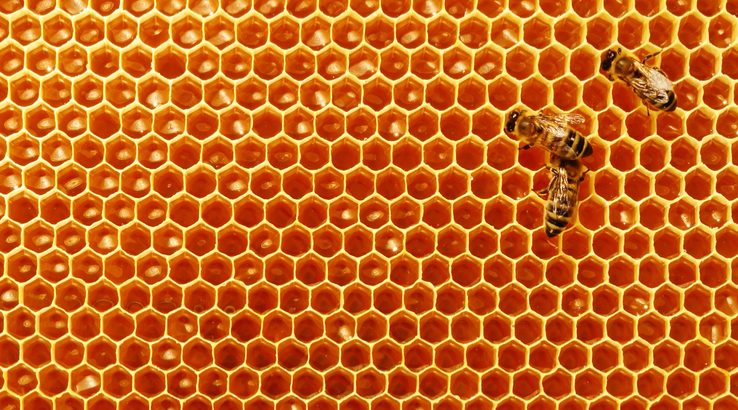 From Pollen to Nectar to Honey, IOTA aims to find out how to commit coordicide, and get away with it.

This week IOTA launched the Pollen update, which it describes as a momentous milestone and the first big step to successfully committing coordicide and getting away with it.

Coordicide refers to the removal of the Coordinator, a centralised element that manages the nascent IOTA network. Until it's gone, IOTA's ambitions of being the world's first completely decentralised, fast and feeless distributed network are only theoretical.

This Pollen update marks the launch of a testnet which will essentially be used to practice coordicide before doing it for real. It's both the culmination and the start of a lot of work.

"It is a very exciting time here at IOTA," said co-founder David Sønstebø. "It feels like the early days when we would release a lot of code and have the community test it out in a collaborative way. Creating and launching something new has brought a great deal of energy and enthusiasm to the Foundation and our developers."

Pollen has launched ahead of schedule, which Sønstebø attributes to improved processes in the IOTA Foundation organisation, and smoother translations from research to deployment.

"We’ve really taken a look at our processes in the last year to assess what works and what could be improved. We’ve grown a great deal as an organisation, and I think we have a system in place where it’s easier to collaborate between research and development," he said. "We're really happy with how seamless the translation was from research requirements to engineered code, testing and deployment.

"The next big milestone is of course Nectar, which is the next milestone on the way to IOTA 2.0. For Nectar, we will release an incentivised testnet with all of the components from the Coordicide white paper. Once battle tested by our community and the world as a whole, we will create the final release candidate and release Honey, the first fully decentralised, feeless mainnet for IOTA."

Pollen to Nectar to Honey

"IOTA's naming convention originates with the parallels to how the technology functions and how complexity and organisation emerge in decentralised systems in nature," Sønstebø said.

"For example, the node software is called Hornet and Bee, from the Apoidea superfamily containing bees and wasps. As these releases are all about realising the first genuinely decentralised DLT in consecutive steps, we wanted to tie that in; bees pollinate flowers, and flowers create nectar, bees subsequently turn nectar into honey, thus: Pollen > Nectar > Honey."

The bee theme is apt in other ways.

While a queen is necessary for establishing a hive, she doesn't actually do any leading or decision-making. The actual decisions are collectively made by the hive through a series of decision-making rounds until consensus is reached. And while the whole of the hive is very much greater than the sum of its parts, two individual bees out in the world can also communicate with each other just as well. Hives will also periodically split into smaller groups which go out into the world to establish entirely new colonies.

It suits IOTA, which gears itself as a distributed ledger for machine to machine communication, where two devices can ping each other out in the world rather than a centralised server, and constantly break apart and reform in different networks and sub-networks as needed.

Also, neither bees nor IOTA will incur network fees.

This is a critical differentiator, because it means the network can be used as an actual public service, enabling communication and sharing of data out in the world, rather than falling into the trap of just being a kind of payment system.

"Without fees, IOTA enables true microtransactions," Sønstebø said. "We have to assume that devices will want to engage in economic activities in methods other than people. They might prefer paying real time for API access. Such a requirement would be impossible with traditional payment methods as well as Bitcoin or Ethereum."

"Finally, it’s important to have a payment method that is not centralised. When you talk about edge computing, it will be difficult for devices to ping a centralised service every time it wants to exchange value with a device on the network. A decentralised payment method like IOTA is critical."

The system can present an alternative to surveillance capitalism, Sønstebø says. The Internet has grown into a model where there's always a cost, and when you're not paying with your wallet you're paying with your data and your privacy.

As the number of IOT devices in the world multiplies, those costs stand to get a lot higher and a lot more commonplace. A free public decentralised network can help turn that future away by preventing monopolisation of those networks and presenting an open alternative.

"The world changing goal of IOTA is to offer an open, public, digital infrastructure for the 21st century," Sønstebø said. "We've seen the destructive ways that technology can create mis-aligned incentives to harvest personal data and generate a form of surveillance capitalism that isn’t sustainable or in alignment with democracies across the world. Without IOTA, we will invariably see the Silicon Valley model of web governance permeate physical spaces as they become increasingly digital."

"With IOTA, it is possible to embed a non-partisan technology into the fabric of our society: critical infrastructure that should be safe, secure, and free to use regardless of who you are or what organization you belong to."

So, could that public non-partisan fabric be abused by rent-seeking middlemen to extract your money and data? Of course it could.

But as long as it, or an equivalent, is there, you as a consumer will be able to demand better and businesses will have some feasible way of providing it. Without that public IOT communication network, the worst case scenario is almost guaranteed.

“At the end of the day, we are just a baseline protocol. What makes any DLT unique is that data has an opportunity to be protected by the user/person generating it. In an ideal world, and as we’ve seen with Jaguar Landrover’s strategy to implement IOTA into cars to pay drivers for the data they generate, companies will be incentivized to share data knowing that they can be incentivized whether economically or by some other form. Without IOTA, it’s likely that many private companies will own the communication pipelines that connect machines, creating more situations like John Deere’s tractor DRM but on a much broader scale."