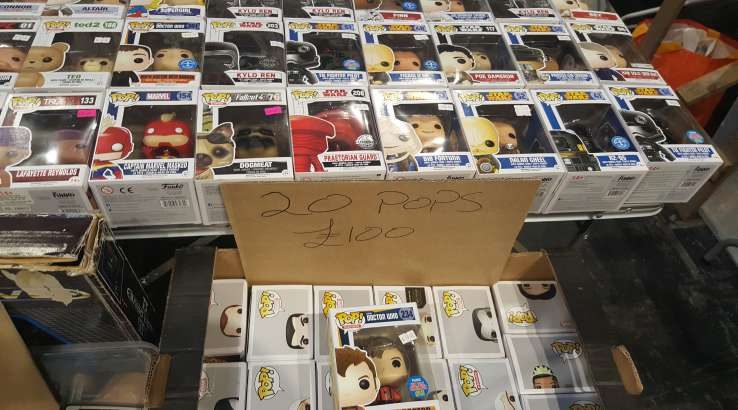 What's more fun than playing with toys that give you a warm nostalgic glow? Selling off those toys to other collectors for an obscene profit. But is there really a fortune to be made this way, or are you headed down a one-way road to a Jabba-the-Hut-sized loss?

We've looked before at the potential investment returns on Funko Pop! vinyl toys. The theoretical returns on those collectables can be high for a rare example in mint condition (up to 65,000% in one instance). However, the market isn't necessarily liquid: you have to find a collector willing to pay full price. Also, for every rare model that commands that kind of boost, there are bog-standard items that might never top the amount you paid for them. 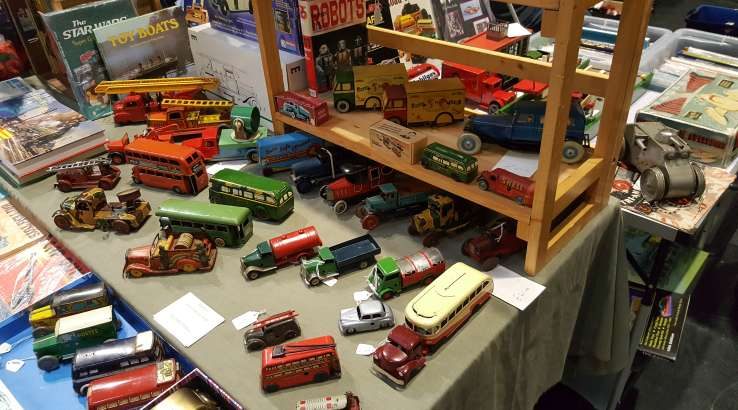 To get a sense of just how competitive this space is, this week I headed to the Toy Collectors Fair in Birmingham. With more than 500 stalls, this is the biggest fair of its type in the UK, so it gives a decent indication of what you'll need to look out for if you've decided to try your hand in the toys/ collectables market. Here's what I discovered.

You've got a lot of competition 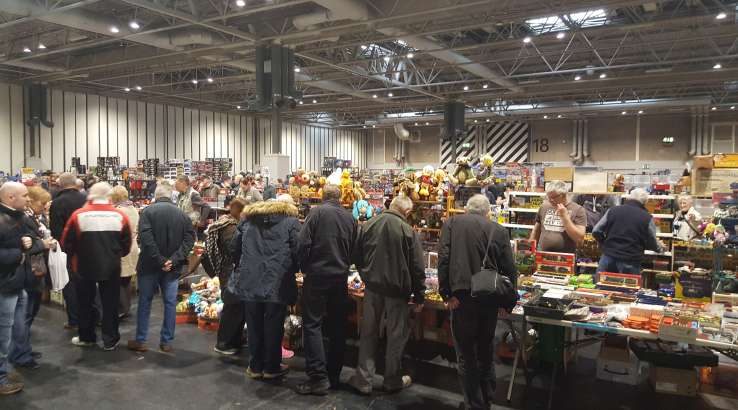 It may have been a freezing cold day with snow on the ground and Christmas barely behind us, but that didn't stop the crowds turning out for the fair. That's a reminder that plenty of collectors are operating in this space. Not everyone is in it to turn a profit: if you're an enthusiast, building your collection is what matters. But the fact that 500 odd stallholders also turned up shows that there are plenty of sellers out there too.

It pays to specialise 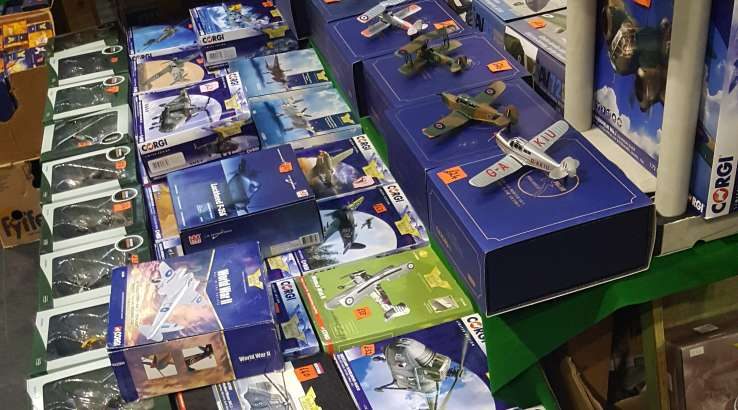 One key observation was that nearly every stallholder specialised, whether that was in Star Wars or model trains or tinplate toys or vintage teddy bears or Thunderbirds. If you're thinking of toys as an investment strategy, you'll need to be similarly specialised to have any chance of knowing what values are applicable. Indeed, even picking a broad subject area might not be enough. One stallholder only sold Star Wars toys from 1977 to 1985. 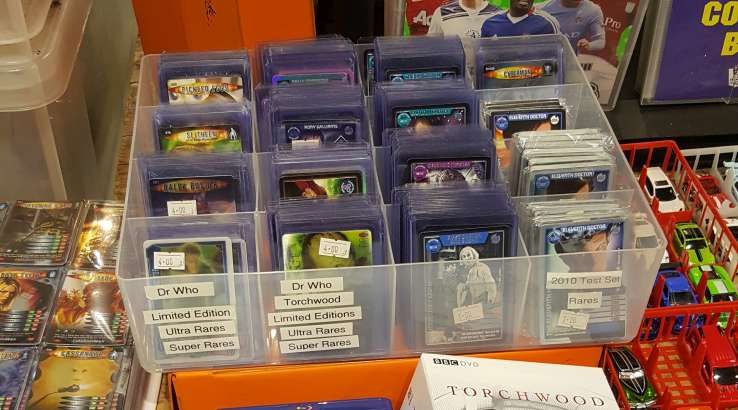 Specialists know what they can charge. A real rarity will attract top price, but there will be lots that won't be selling for as much as it did originally.

It pays to shop around 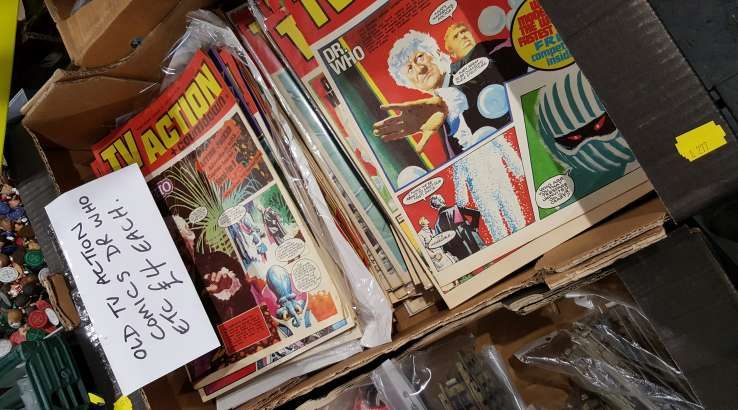 Before committing to any collectable, new or otherwise, it's crucial to compare prices. For instance, while roaming the floors I was keeping my eye out for older Doctor Who merchandise. There were loads of toys from the "new" (2005 and beyond series), but rather less from the show's original incarnation. One of the few exceptions was a stack of old editions of TV Comic at 4 quid a pop. Those might be more appealing if the artwork wasn't so horrible.

One other item I did spot was a copy of the very first Who annual for £25: 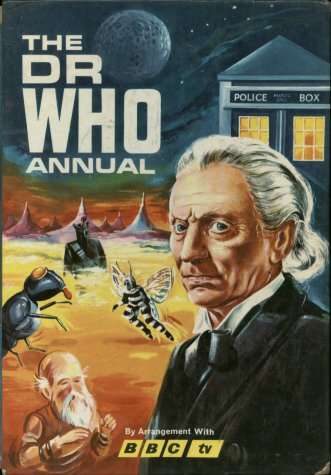 That's a reasonable price compared to online, where some outlets are asking more than £100 for the same title, and without the benefit of inspecting the condition first. However, it wasn't the best price on the floor. A bit more searching and I found another copy in similar condition for £20. (Side note: if you simply want to read the annual and have your own legal copy, it's included as an extra on the DVD of The Web Planet, which you can easily pick up new for around $20.)

There was a similar pattern with the Lego model of the Beatles' Yellow Submarine, which I found on one stall for £52. Again, a little digging around and another box showed up for £45: 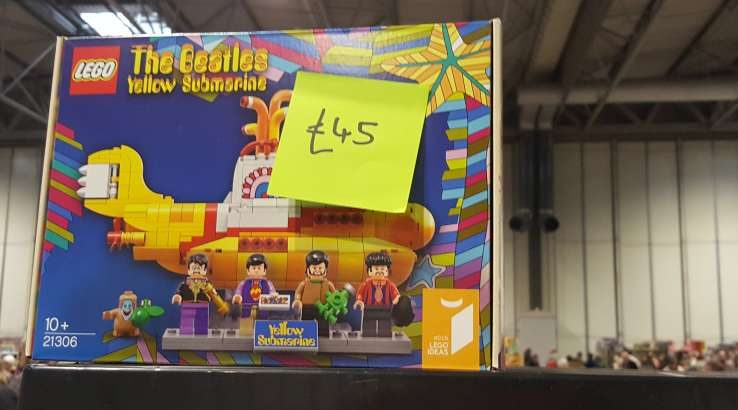 In this case, that's similar to the pricing you can find on eBay for a new set with free postage. As such, you're going to struggle to turn a profit on that investment for a while, even though Lego and the Beatles are both highly desirable brands. One potential advantage of a collectors' fair price: you have the opportunity to haggle. 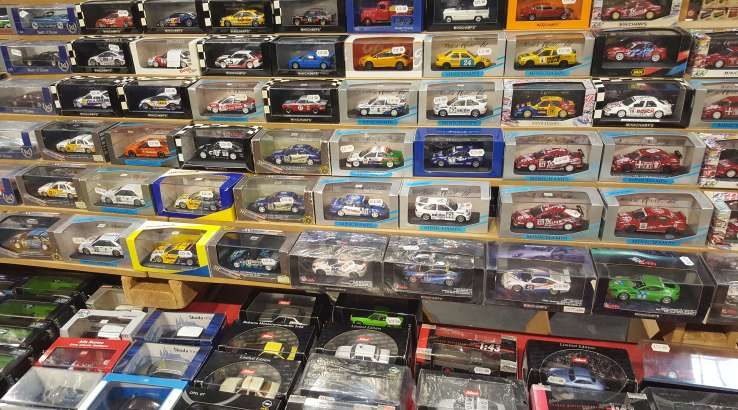 Another key lesson: if you're planning to sell something as a collectable, it needs to be in the original packaging, and preferably unopened. That's the difference (to continue with an earlier example) between a random bag of Lego going for £5 and a Lego castle in a box going for £150. 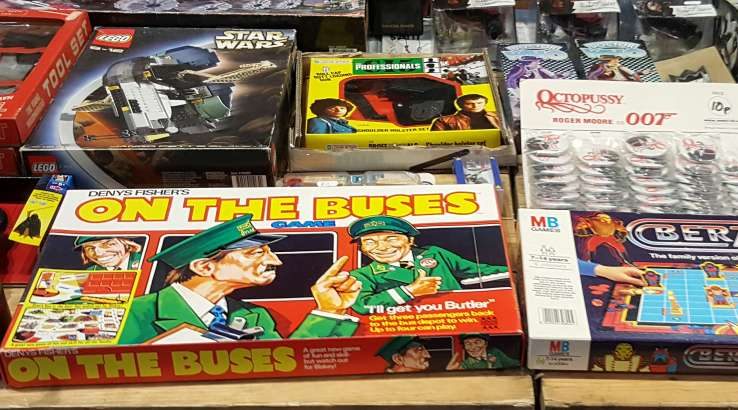 Investment goals aside, there's lots of fun to be had visiting one of these fairs, and spotting random toys that take you back to your childhood. That's especially the case with the more random brands that don't attract dedicated dealers. 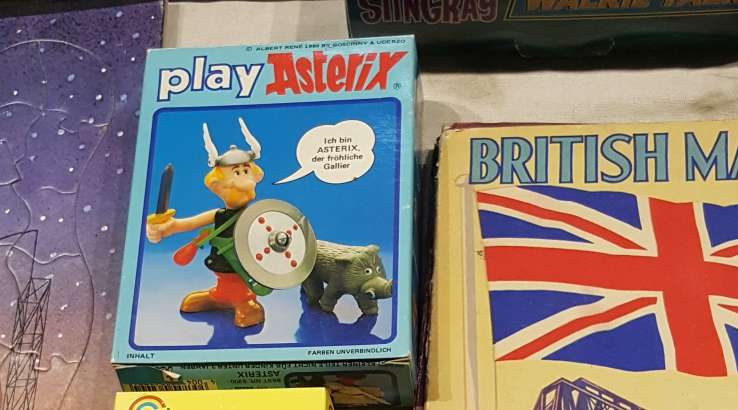 For instance, in the entire panoply, I only managed to spot one Asterix toy, and that one was manufactured for the German market. I didn't buy it, but I can't deny I was tempted. 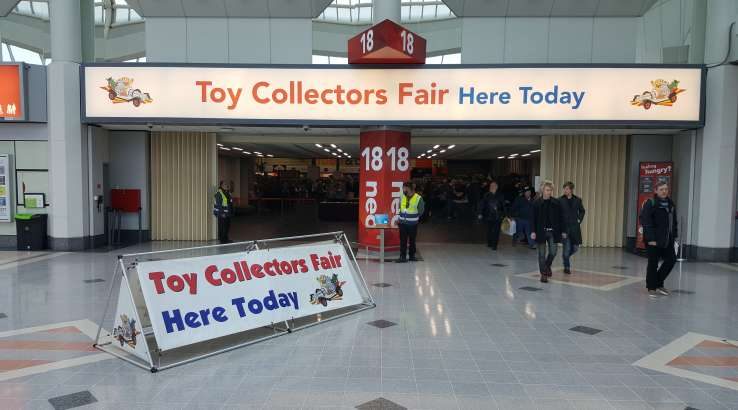