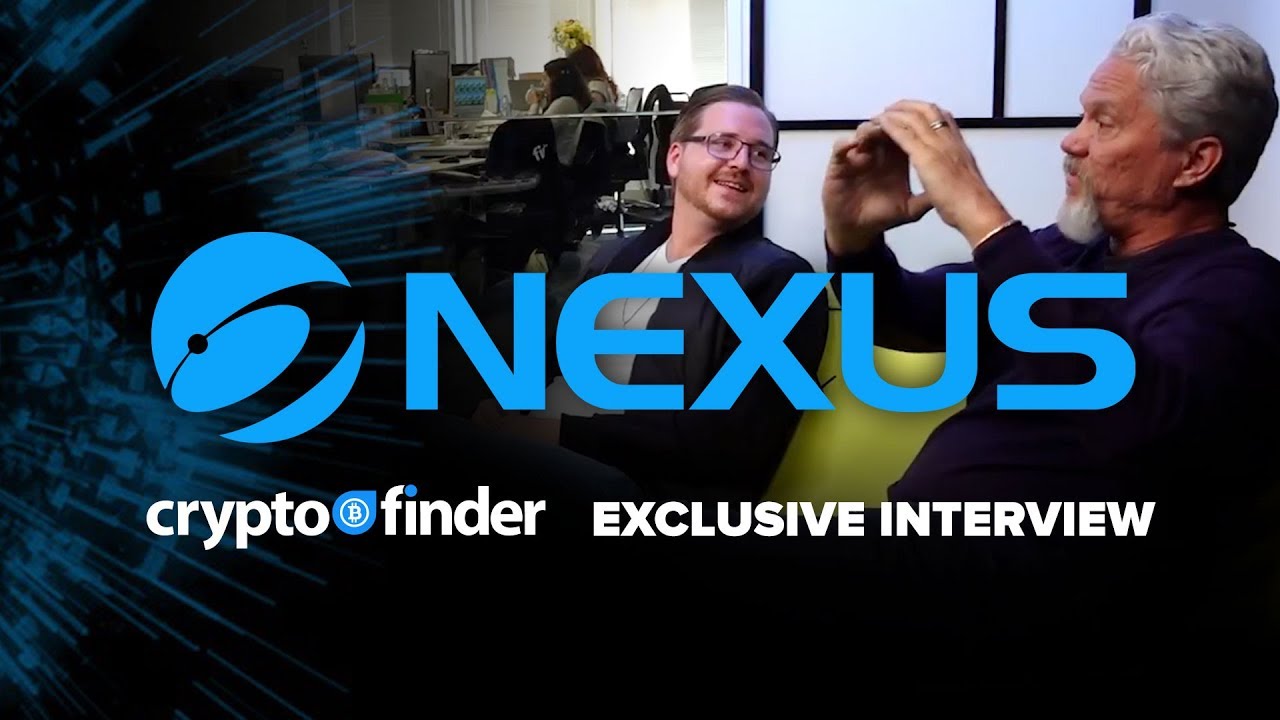 The founder of Nexus discusses his vision for a new world order, sending blockchain to space and the problem with bitcoin.

Last week we sat down with Nexus's founder Colin Cantrell and its CFO Colin Forbes. Nexus is a cryptocurrency, developer platform and not-for-profit social enterprise that has set its sights on being much more than just another cryptocurrency and blockchain network. The chat was as animated as it was deep, covering everything from a new world order, NSA surveillance, quantum resistant blockchains, launching nodes into space and discussing how Nexus and cryptocurrency will change the world (yes, we went there).

The Colins were as captivating as they were passionate, which is why you'll have to watch the video to catch the full run down.

For those that want the TL;DR, however, we've captured a few of the more interesting points below.

Nexus is much more than just a cryptocurrency. It's difficult to put into words, but Nexus looks to be something of a mishmash of social infrastructure, cryptocurrency, development platform and distributed network. Cantrell explained to us the concept of "embassies", which are non-profit organisations throughout the world that users of Nexus can use to connect with the extended Nexus community. Embassies are like head offices for Nexus. This may seem ironic because of the decentralised and digital nature of cryptocurrencies, but offering a central point for communication and involvement is important, as each embassy is designed to grow, contribute and vote on the future direction of Nexus.

Nexus plans to launch many of these embassies throughout the world, decentralising them in the process. Each embassy may specialise in different things, such as one to support developers, one to support the arts and so forth. The idea is that a Nexus member will approach their local embassy, but may then be put in touch with the one that best suits their needs, with the resources of each embassy being leveraged to help that member. Cantrell explains that playing within the confines of existing legal frameworks has also guided the design of the embassy system.

"It's a group of people that can work together as one... but you need a legal umbrella to protect it... which is why they're non-profit [organisations]."

Cantrell hinted that Australia may become home to the next embassy, saying that because there are so many members of Nexus already here, it is the perfect candidate.

It's no secret that Colin Cantrell is the son of Jim Cantrell, an aerospace engineer who helped found SpaceX and now runs his own aerospace company called Vector Launch Inc. Colin talked to us about growing up around aerospace engineers and visionaries like Elon Musk, but none of that seemed too special at the time. Fast forward to today and Colin looks determined to launch Nexus into space.

Working with his father's firm, Colin wants to take Nexus to low-earth orbit, where cube satellites will serve as nodes to distribute the Nexus network. Thanks to the availability of cheap rocket launchers through companies like Vector Launch – which Colin says are smaller and cheaper than SpaceX's – they will be able to launch CubeSats into orbit, which will then support the Nexus network and improve its coverage and capabilities.

There's no disputing that bitcoin's impact has been profound, and that its introduction of blockchain technology is changing the world. However, it's nearly 10 years old now and starting to show its age. Like many blockchains, Nexus was developed in response to some of the issues associated with bitcoin and has looked to improve upon them. In particular for Nexus is cryptography and quantum resistance. Cantrell explained to us why bitcoin is susceptible to attacks by quantum computers in the near future and how Nexus's advanced 1024-bit hashing algorithm and cryptography makes it quantum resistant. It was a lot to take in, so you'll want to watch the video for the full explanation.