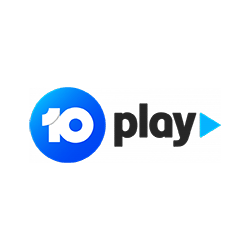 10 play: All of Network Ten’s best shows free to watch online and on demand

Missed the latest episode of MasterChef? With 10 play, you can catch up on all the hottest shows at your own pace.

Super Pumped: The Battle for Uber
The Kardashians
Halo TV series
The Wilds
The Staircase

What is 10 play? A streaming service for watching the latest episodes of Network Ten TV shows.

Where can I watch 10 play? There is a 10 play app available for most mobile devices, set-top boxes and modern smart TVs.

Does 10 play cost anything? No, but you will have to watch ads like you would on normal broadcast TV.

As the youngest of the 3 commercially owned Australian TV networks, Channel 10 knows a thing or two about playing catch-up. The free-to-air broadcaster has spent a lot of time trying to win Aussies over, commissioning quality local content and investing in big-name US TV shows.

One of Network Ten's initiatives is 10 play, a hybrid streaming and catch-up TV service for watching its TV shows online. With the ability to stream the most recent episodes of shows from channels 10, 10 Bold, 10 Peach and 10 Shake to a vast array of modern devices, 10 play gives Aussies access to hundreds of hours of entertainment at the touch of a button.

Need a new show to binge-watch or catch up on? Here's the full list of shows on 10 play.

Just like similar free-to-air streaming services like 9Now and 7plus, 10 play offers live streams of channels 10, 10 Peach and 10 Bold.

At the same time, the platform's catch-up service is solid. Most of the shows that air on Network Ten make it into the catch-up library, with the latest episodes available to stream soon after they finish broadcasting on TV. Individual episodes will typically remain available for 14 to 28 days, after which they'll be removed from the catch-up catalogue.

Unfortunately, some shows won't make it to 10 play at all due to licensing restrictions. It's also worth mentioning that 10 play does not have international streaming rights for its shows, so the service is only accessible within Australia. Trying to stream 10 play from overseas will result in an error message.

Which devices are compatible with 10 play?

10 play supports a large number of devices through both the 10 play website and device-specific apps.

To stream through the 10 play website, you'll need a Windows PC, Mac or Linux computer with one of the following compatible web browsers: Firefox version 63 and up, Chrome version 74 and up, Safari version 12 and up or Edge version 16 and up.

If you're looking to take your favourite Network Ten shows with you, the 10 play mobile app has you covered. For Apple users, the iOS 10 play app requires iPhone and iPad devices running iOS 11.0 or later. Android users will have to check the store page for the Android 10 play app, compatible with devices running Android 9 or later. Windows users with an on-the-go lifestyle needn't feel left out either. The 10 play app is available for Windows 10 desktops and tablets.

For the big-screen catch-up experience, you can watch 10 play on your TV via a number of streaming devices. Apple TV, Telstra TV and Fetch TV devices all have their own version of the 10 play app available through their respective app marketplaces. Select Samsung TVs, Android TVs and FreeView Plus-certified TVs also support 10 play through a dedicated app.

When watching 10 play on your TV, due to licensing restrictions, the catch-up catalogue on streaming devices is smaller than the one available through the 10 play website and the mobile app.

Watch 10 play on any of these streaming devices

How to get started with 10 play

To start watching on 10 play, all you have to do is create an account. That way, you can manage your watchlist and keep track of your favourite content. Head over to the 10 play website and click "Sign in", which is located in the top-right corner, then click "Sign up". From there just enter an email address and create a password. And you don't have to worry because the account is free. You can also do this from the app that you're trying to watch through.

If you're looking for even more Network Ten content, 10 All Access might catch your eye. The streaming platform offers a variety of Network Ten series on demand, as well as content from CBS and original productions.

How much data does 10 play use?

Network Ten doesn't provide any information regarding how much data 10 play uses, but judging by similar streaming and catch-up services, you'll want an Internet connection of at least 1.5Mbps for a smooth viewing experience. On average, you can expect 10 play to use roughly 250MB of data per 22-minute TV episode and approximately 470MB per 42-minute episode at standard definition.

What are users saying?

"While I can sometimes actually get through a whole episode now, if I'm lucky, it's certainly a trial on my limited patience."

"Judging by the comments and low rating, I must be one of the lucky ones, as the app has been flawless for me."

What are users saying?

"I downloaded the app to watch Masterchef via Chromecast. There are so many bugs with this function."

"The streaming side works fine, quality on a device good. But my gripe is the way the ads are managed."

"Great variety of shows. Unfortunately, they are difficult to watch. The app on mobile and TV freezes almost every time I use it, which requires a full restart of mobile/TV."