International borders open: How soon can you travel? 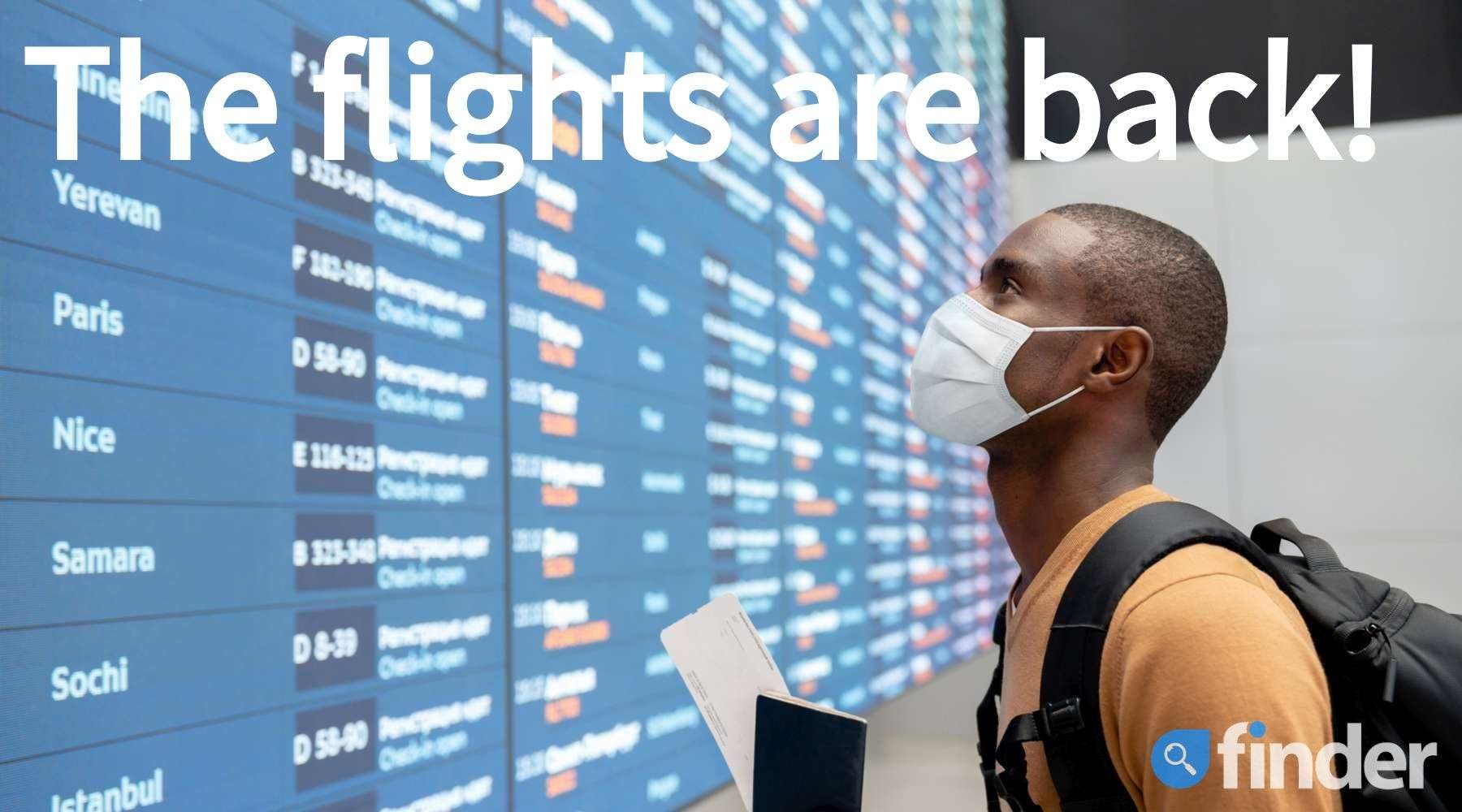 What are the rules for quarantine, and are all states taking part?

International flights from Australia will potentially resume from November, the federal government has announced - but you can't rush to book them for that month just yet.

Vaccination must be with a TGA-approved vaccine. As well as Pfizer, AstraZeneca and Moderna, that list will include Sinovac from China and Covishield vaccines produced in India.

The new rules will apply to Australian citizens and permanent residents. Details for other visa holders within Australia weren't covered in the initial announcement.

Unvaccinated Australians who travel overseas will still require 14 days of quarantine at an approved facility such as a quarantine hotel upon return, and will have to pay for the costs of that quarantine.

People under 12 or who have a medical condition preventing vaccination will be considered vaccinated for the purpose of international travel.

The long-agreed national plan has been for borders to open up once 80% of Australians are double-vaccinated.

Are all states opening up for international travel?

Each state will continue to manage its own quarantine plans, meaning that flights won't restart nationwide simultaneously.

"States and territories will begin this program at different times given their varying vaccination rates but we expect the system to commence in November," the government announcement says.

New South Wales and South Australia are likely to be the first states to move to the new system, as both are currently conducting trials for home quarantine.

Travel will be allowed to any overseas countries where flights are available, with no specific country bubbles or bans. Caps on the number of Australians returning will also be removed for vaccinated Australians.

However, destination countries can still impose their own rules for travellers. We've summarised the rules for major countries.

The UK, for instance, requires a negative COVID test taken within 72 hours of departure, as well as testing after arrival - and travellers have to pay for those tests themselves.

"These changes mean there will be no travel restrictions if you are a vaccinated Australian entering or leaving our shores," the announcement said. "We will also work towards completely quarantine-free travel for certain countries, such as New Zealand, when it is safe to do so."

Testing requirements for leaving Australia are still being worked out, as are the details for the "vaccine passport" that will prove individuals are eligible for travel.

"Australians who want to travel overseas once restrictions are removed will be able to access an internationally recognised proof of vaccination document in the coming weeks to prove their vaccination status abroad," the government said.

How can I book flights in November?

Airlines have already been assuming that Australia's borders would open up by the end of the year, and many have scheduled flights for around the Christmas period. An analysis by Finder found many cheap international flights already on sale to major destinations during that time.

Qantas had previously announced plans to resume international travel in December. Following today's announcement, it said it was moving that date up to 14 November, and will allow booking with Qantas Points for all seats on its initial services.

The airline will run flights three times a week between Sydney-London and Sydney-Los Angeles before adding more services just before Christmas.

Virgin this week began selling tickets for flights to Bali and Fiji, which would be its first international services to run since it went into administration last year.

Industry experts say that Australia opening up travel will stimulate many airlines to begin operating more services across Asia.

"If there is any positive sort of messaging that comes out of Australia, major carriers will be able to ramp up capacity in a very short period of time," said OAG chief analyst John Grant.

Don't miss out on flight deals when the international borders open! Check out our full list of all the latest flight sales.

We updated this story with additional details on Qantas flights and visa requirements.