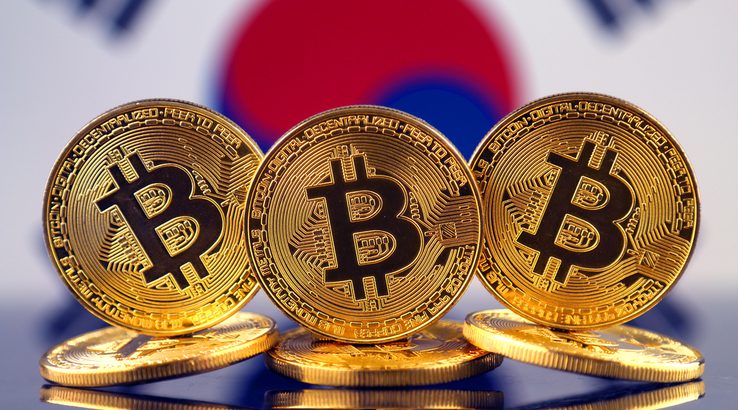 Including blockchain, biometric payments and the New Payments Platform.

Bitcoin was the biggest finance story of 2017 with its rise, rise and fall dominating the news. A single bitcoin rose in value from around US$2,000 in January to almost US$20,000 in mid-December, before falling to around US$15,000 in the last few days of the year. However, the biggest impact in 2018 may not be from bitcoin itself, but the blockchain system that supports it.

Every digital financial transaction you've ever made in your life has had to go through a bank or large financial institution at some point. They authorise, facilitate and record the transaction, often taking a cut along the way. Blockchain essentially replaces the middleman in this process. It's international, unregulated, instant and unhackable.

The name itself comes from a feature of the system where information is bundled up into blocks of transactions which are linked together into a chain. The blockchain is recorded simultaneously on thousands of computers around the globe. To decode (or hack) one block in a chain and change the transaction record, you would also need to hack all the ones before it – all the way back to the first block.

This system is great for recording and verifying currency transactions, but can be used to record many other types of interactions. For example, some countries are looking at using blockchain technology to record the sale and purchase of land – replacing title deeds with a permeant, irrefutable record of ownership. Musicians are using the system to distribute their music and receive direct royalties, without a record company in sight. 94% of economists surveyed by finder.com.au in November 2017 expect blockchain will have widespread use in the financial sector and economy. Expect big developments in this area in 2018.

The ubiquity of smartphones and banking apps means that everyone now has access to their local bank branch, right in their hand. In recent years we've seen fingerprint scanners become commonplace across the market for phone security. Further innovation came in 2017 with both Samsung and Apple introducing new ID verification in the forms of iris and facial recognition respectively.

Banking apps have also started to introduce similar ID verification for payments, and the trend is expected to continue. Fingerprint, iris or face-scanning in banks could be next as these are far more secure forms of authorisation than cards with pin codes.

Although biometric payments are increasing, finder.com.au research shows 60% of Aussies - over 11 million people - either feel uncomfortable using biometric identification when logging on to their mobile banking apps, or aren't really sure about it. As the use of these systems becomes more widespread, we expect the public to become more comfortable with using their body as a form of ID.

3. The end of our low-interest world

Australia's cash rate sat stagnant throughout 2017 at a record low of 1.5%, producing low savings rates, cheap mortgages and escalating property prices. A December 2017 survey commissioned by finder.com.au found there was widespread agreement by economists (87%) that when the cash rate does next move, it will be in a positive direction.

Opinions were divided on when that will happen, with a significant number of experts predicting no movement for six months or more. However, the days of under 4% mortgages and under 3% savings accounts could well be numbered. Now may be a great time to lock in a fixed home loan rate.

4. The declining human face of banking

A sharp rise in mobile and online banking has meant Australians are less likely than ever to need to visit their local branch. We expect the number of branches to fall further in rural, regional and remote areas. Branches in high-traffic areas such as city centres are likely to become increasingly automated, with coin and cash deposit machines available alongside regular ATMs.

Those few Aussies who still want to deal with a human at their bank will be facing longer and longer lines in 2018. For those who have been reluctant, the time to get engaged with technology may be now.

5. The rise of one-to-one lending

Until recently, the only options available to Australians who wanted a personal loan were products from banks or building societies. However, peer-to-peer lending has revolutionised the lending industry internationally and has hit Australian shores over the last couple of years.

As well as offering loans with lower rates than the major banks, these platforms allow Australians to lend money. Rates of return can be significantly higher than a savings account. For example, the average three-year term deposit in December 2017 paid 2.55% interest. However, peer-to-peer lender RateSetter are currently offering 7.4% for the same period.

While peer-to-peer lending has a higher risk than a traditional savings account, the increased return may be tempting for many Australians with some funds to spare.

6. The disappearance of ATMs and cheques

A projection of data from the Reserve Bank of Australia (RBA) by finder.com.au reveals that despite many banks dropping ATM fees, ATMs could be a distant memory in Australia by 2036. The number of ATM withdrawals per month has fallen from a high of 73 million in 2010 to just 47 million in 2017.

A similar forecast of cheque usage data from the RBA shows that cheques could be expected to disappear completely from circulation in Australia by the end of 2019.

With kids more technology-savvy than ever and the use of cash declining, we expect the pocket-money space to receive a lot of attention from app developers in 2018. Finder's 2017 Banking Innovation award went to Spriggy – an app which allows parents to pay pocket money onto debit cards.

Parents can control the funds that their children can spend, and monitor actual spending. Kids can learn the value of money, and can also save their pocket money up on the cards.

Due to the attention received by this app, and a general lack of innovation in this space in the market, further fintech companies are expected to fill this space in 2018.

8. And finally… instant banking and the New Payments Platform (NPP)

By far the biggest change to the financial industry in Australia will be the New Payments Platform (NPP), which will be switched on in phases from February 2018.

Why is the NPP important? Australians will no longer have to wait two days or more to transfer funds from one account to another or to see if credit card bills have been paid. The NPP will finally enable instant payment between most Australian citizens, banks and service providers.

The accompanying PayID system will mean Australians won't have to ever remember a BSB again. Instead, you will have the choice to use any identifier such as your email, mobile number or address, to receive payments.

We expect that by the end of 2018, you'll be so used to instant banking that you'll forget bank transfers were ever as slow as they are now. It's going to be a dynamic year for personal finance. Will all of these predictions pan-out? Will there be any other innovation that we haven't covered here? Watch this space.